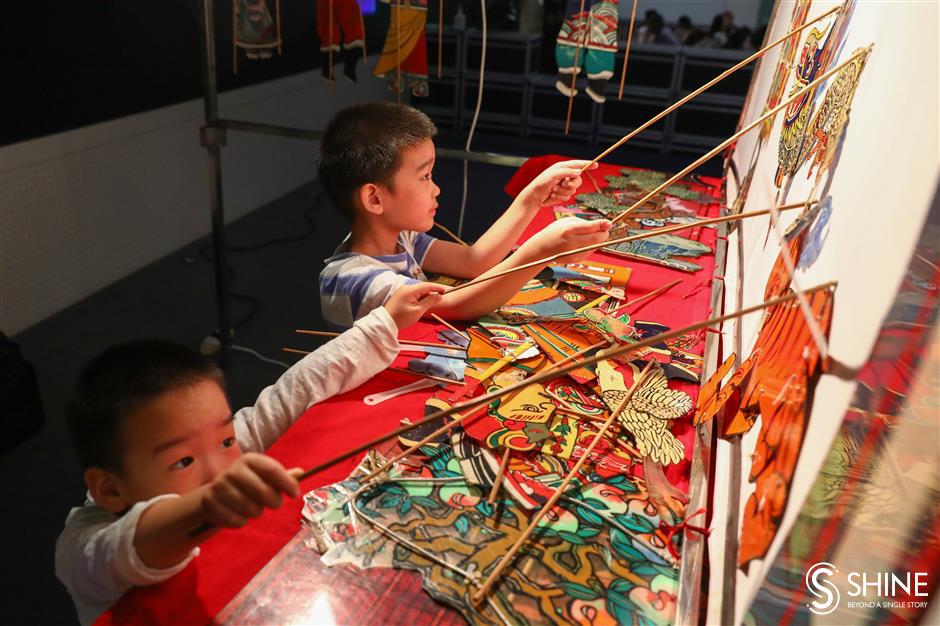 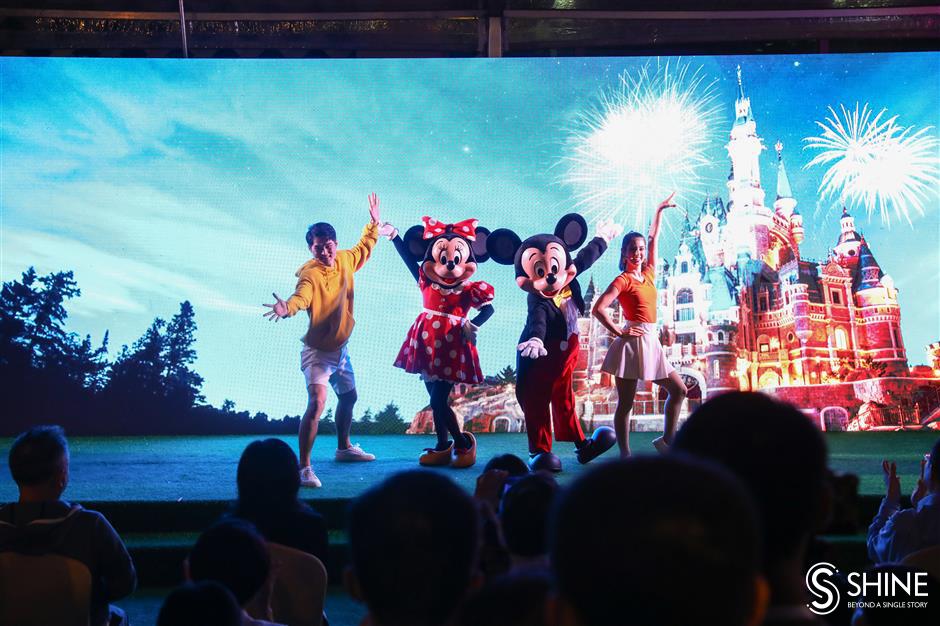 Mickey Mouse and Minnie Mouse from Shanghai Disney Resort bring fun to visitors at the bazaar.

A fun bazaar taking visitors on a cultural journey to around 20 museums in the Yangtze River Delta region and offering them a culinary experience made its debut at the Shanghai Film Museum in Xuhui District on Thursday night, a new event for the 31st Shanghai Tourism Festival.

During the four-day event there will be shadow play performances and visitors will be invited to learn how to make sachets following masters from the Shanghai Museum.

A "grand garden party" kicked off on Thursday night with the film square illuminated and Mickey Mouse and Minnie Mouse from Shanghai Disney Resort bringing fun with their singing and dance routines. 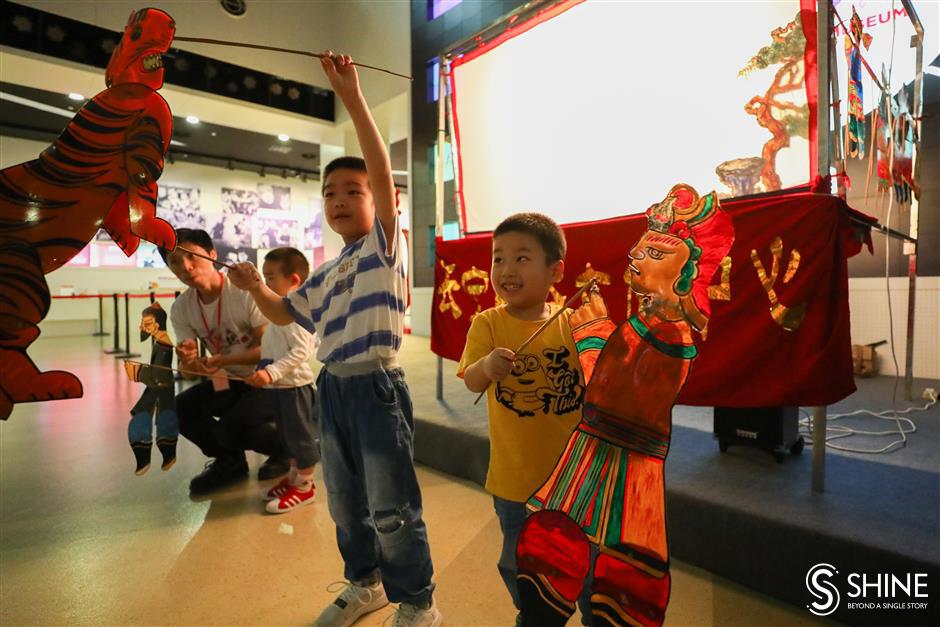 Children experience the glamour of shadow play at the bazaar. 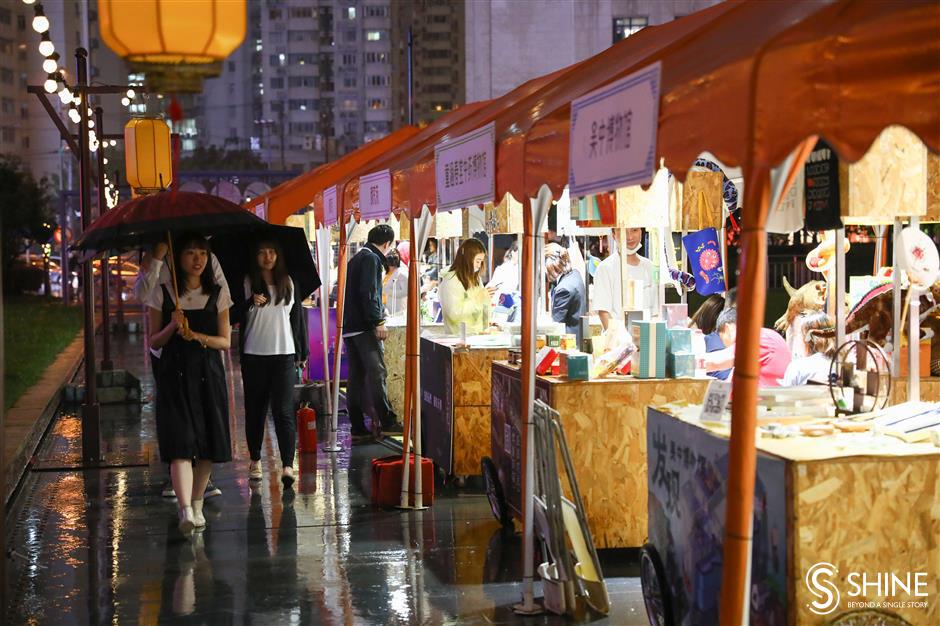 The Calabash Brothers, famous Chinese animation characters from the Shanghai Animation Film Studio, were at the scene to interact with visitors.

Around 20 museums, including the Shanghai Science and Technology Museum, Shanghai Natural History Museum, Suzhou Museum, China Maritime Museum and the Shanghai Auto Museum brought their cultural and innovative products to the bazaar.

Delicacies such as Longhua zen food and Qiaojiashan (a time-honored traditional food maker) dim sum are served at the bazaar.

When night falls, an outdoor movie will be screened at the square.

Visitors are also being invited to play interactive games to win gifts. 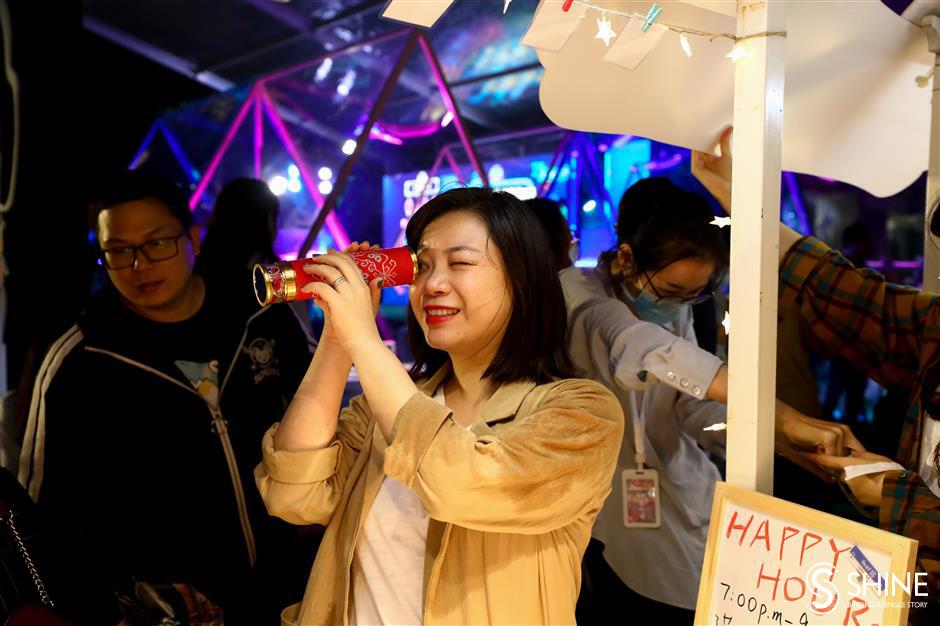 A visitor looks through a kaleidoscope at the bazaar. 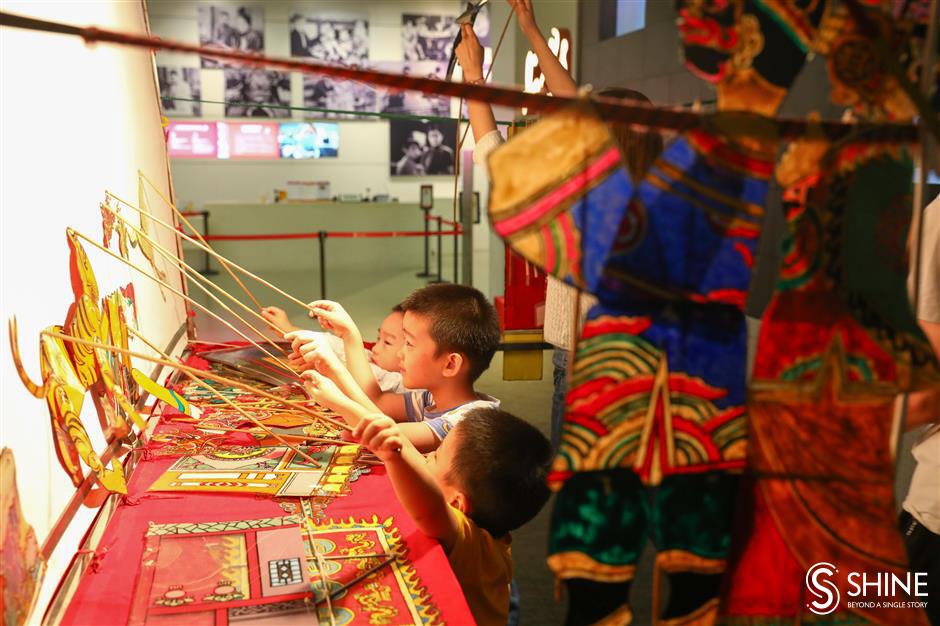 The event aims to open a magic box of imagination for urban dwellers and create a fun amusement park for residents and tourists, its organizer said.

It also bridges exchanges and cooperation of cultural, tourism and commercial businesses in Shanghai and the Yangtze River Delta region and inspires cross-industry innovation, the organizer said.

The bazaar will be a regular event of the annual Shanghai Tourism Festival, and it will take residents and tourists to more cultural and tourism landmarks and explore more fun ways of play in the future, the Shanghai Administration of Culture and Tourism said.