Fengxian District has prepared a number of rural activities for the Shanghai Tourism Festival inviting citizens and tourists to experience the agricultural and country atmosphere of the southern district.

The district government launched a tourism promotion event at the Sinar Mas Plaza (also known as the White Magnolia Plaza) on the West Bund waterfront on Saturday night.

Heritage skills of the district such as wooden sculptures, bronze carving, rural cloth weaving and shadow puppets were on display, along with performances from Fengxian residents.

During the festival, a kite-flying festival will be held at the bay area near Hangzhou Bay, along with a group tour of 10,000 people to the Jinhai Lake, also known as Shanghai Fish Lake. It is one of the city’s largest artificial lakes, covering an area roughly the size of 800 football pitches. 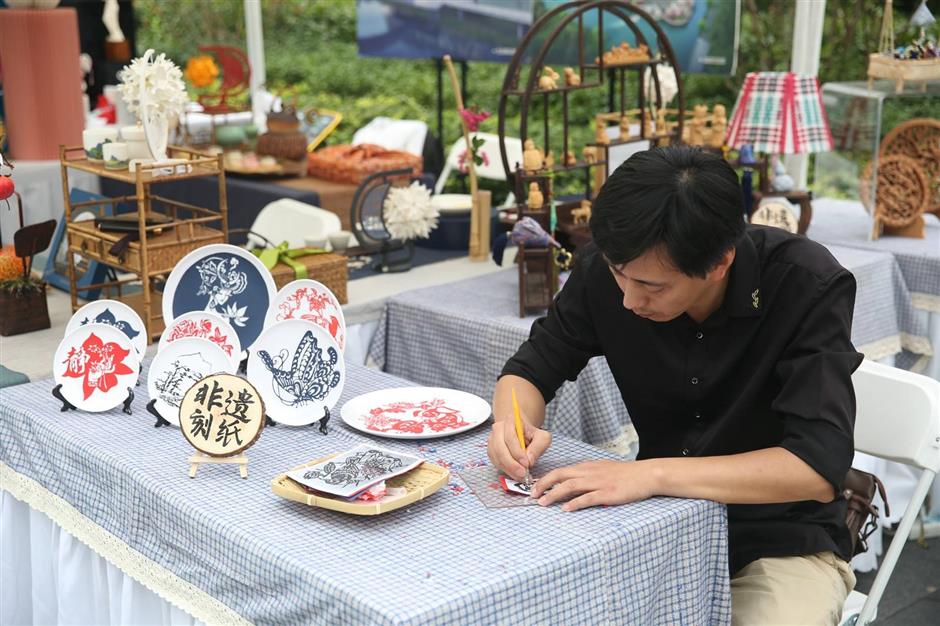 Fengxian’s name literally means “to respect the nobility” as early residents offered help to Yan Yan, an apprentice of Confucius, during the Spring and Autumn Period (770-476 BC).

The district on the city’s southernmost outskirts now aims to become the central hub for the world’s cosmetics and health industries, while preserving its authentic agricultural and rural lifestyle.

A one-day trip to Fengxian can start from a historic floodwall which is being developed into a heritage park, along with a number of other nearby historical and cultural sites. The surviving section was unearthed in 1996. Built with four layers of stone bricks, it is about a meter high and follows the outline of the coastline to resist flooding more effectively.

The Qing Dynasty (1644-1911) village has been renovated to become a tourist attraction while improving the quality of its farm produce.

Wufang dates back around 300 years. Its old houses have been restored, waterways dredged and the environment improved as part of the city’s “rural revitalization” program. It has been listed as one of the first batch of nine demonstration villages to be revitalized. Young and old enjoyed the performance.