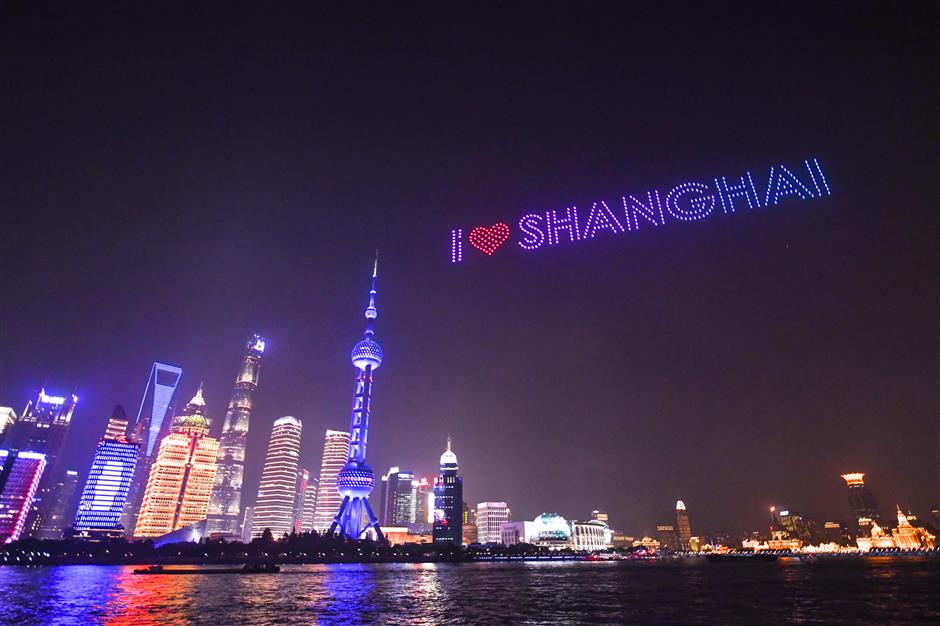 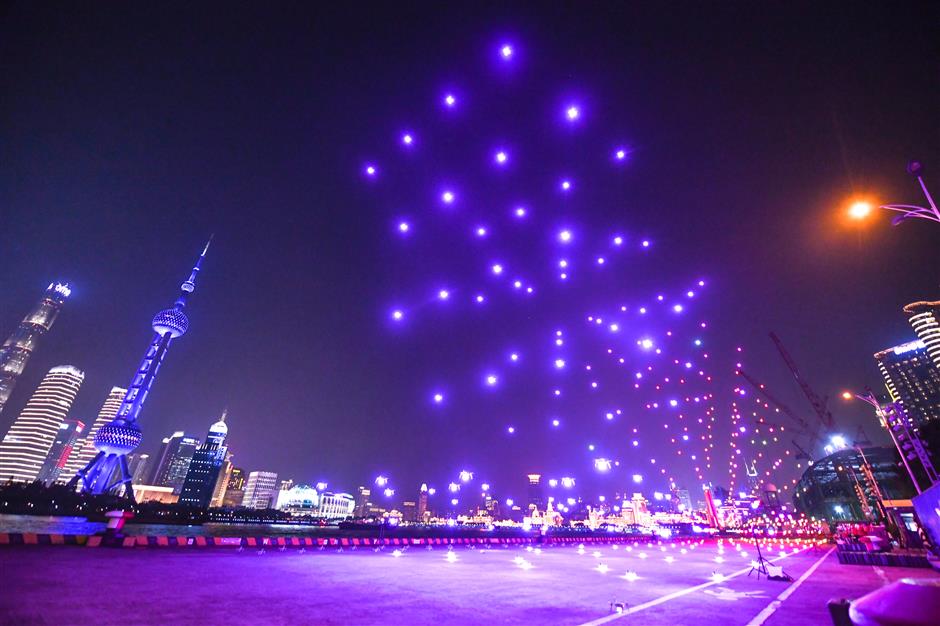 An unmanned aerial vehicle show illuminated the night sky of Shanghai and the Huangpu River over the weekend, as cultural and tourism authorities from a Jiangnan city debuted a new promotion.

In the 10-minute-plus show, representative features of Jinhua City, in neighboring Zhejiang Province, were displayed such as its city logo, cultural and tourism slogans as well as Jinhua ham, the city's most famous product.

It involved about 400 unmanned aerial vehicles.

The show displays the profound history, culture, landscape and splendor of the beautiful city as well as its signature delicacy to Shanghai audiences, the Jinhua City Administration of Culture, Radio and Television, and Tourism said. 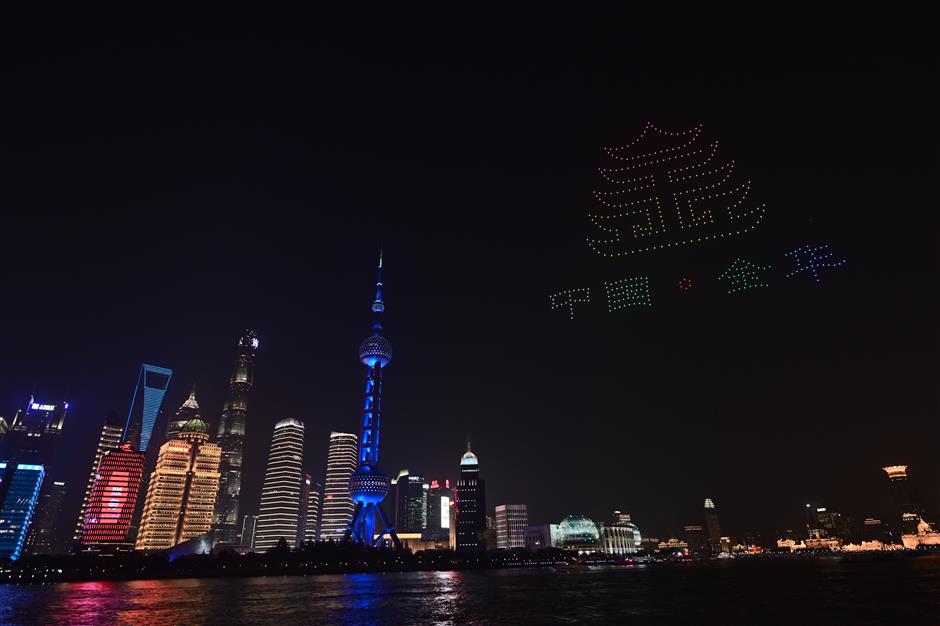 The city logo of Jinhua. 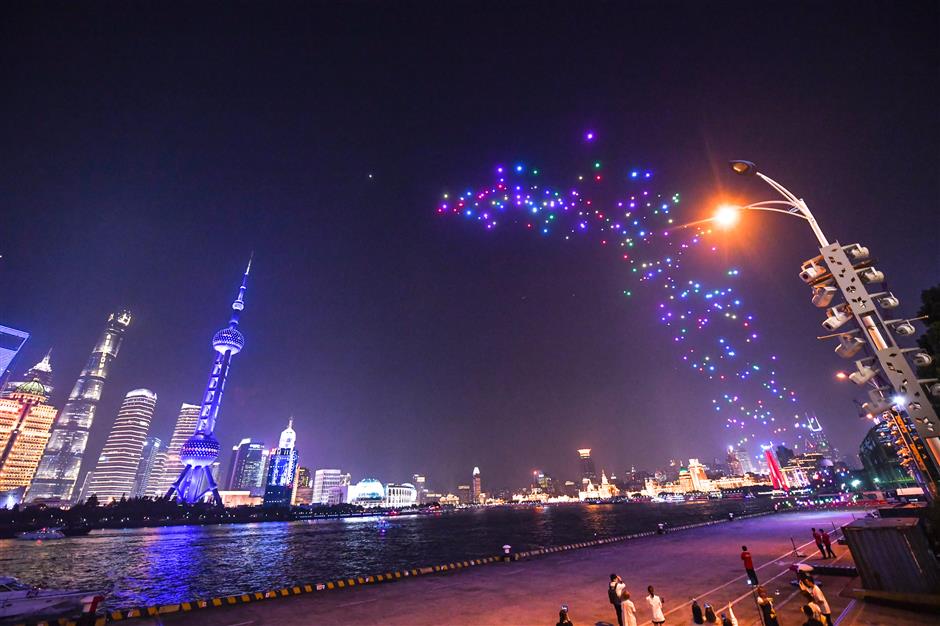 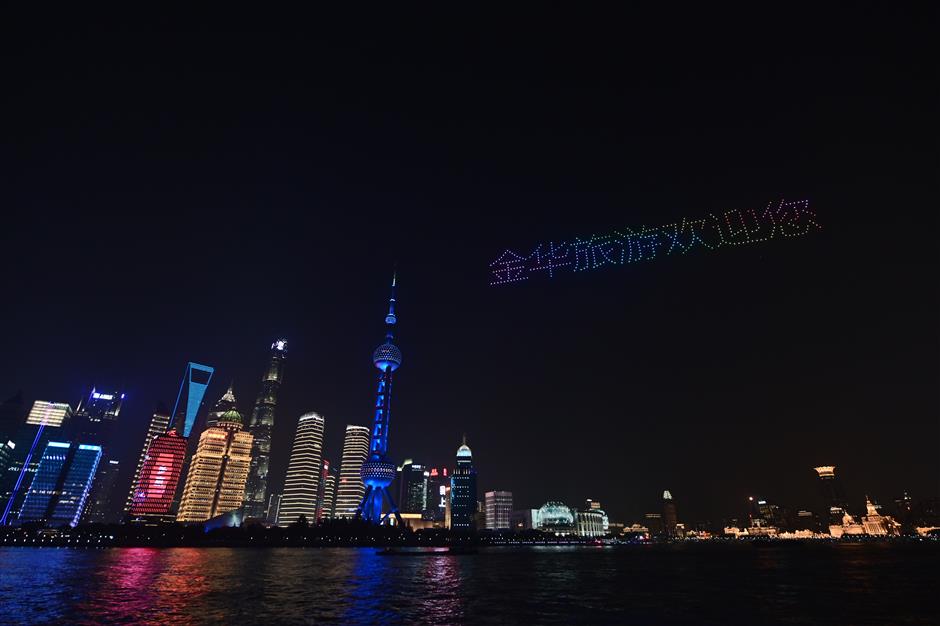 The characters "Jinhua tourism welcomes you."

Similar shows will be staged during cultural and tourism promotional events in other cities in the region, the administration said in Shanghai.

The city is distributing 10-million-yuan (US$1.478 million) in tourism coupons to Shanghai travelers via travel agencies to spur the recovery of its cultural and tourism industry.