The newly-established center is located at the Qinghai Road clinic of Shanghai Yueyang Hospital of Integrated Traditional Chinese and Western Medicine. The hospital is one of China’s 38 national level TCM centers, and the only one featuring physical TCM treatment instead of just herbal medicine, according to Zhou Jia, president of Yueyang Hospital.

“All leading experts on acupuncture and tuina have worked in the Qinghai Road clinic, which was established in 1952,” Zhou said. “It is the cradle of TCM in the city.”

Located in downtown Jing’an District, the clinic offers service from 8am to 8pm to benefit office workers in nearby buildings.

“Neck, waist and back pain are major problems of office staff. So we offer service at noon and in the evening to help them,” Zhou said. “The clinic has cooperation with all international commercial insurance. Expatriates also can come here to enjoy the effects of TCM therapies.” 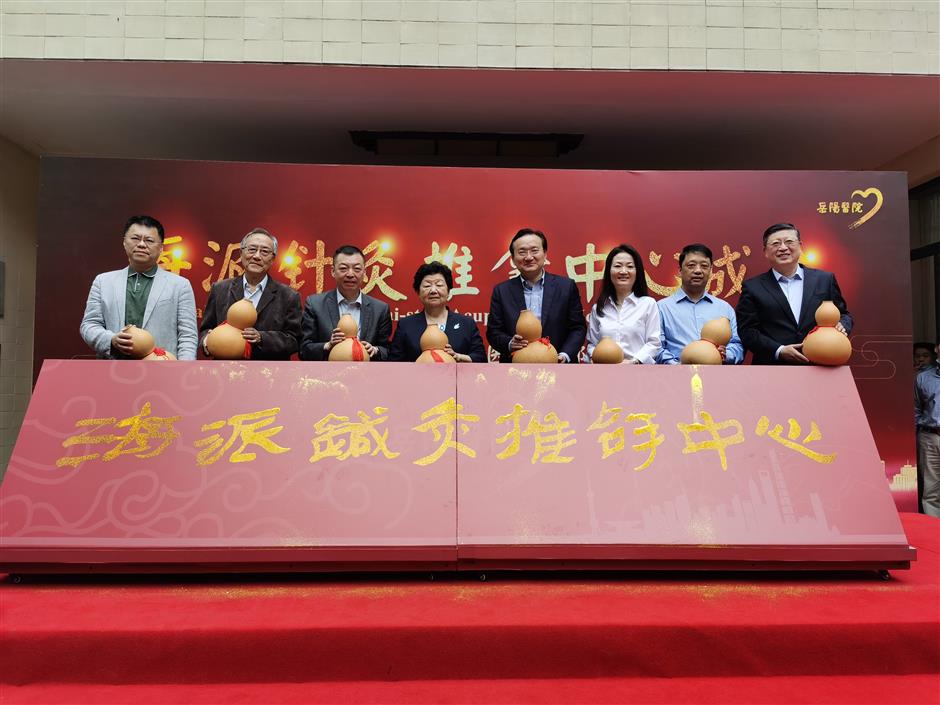 Officials unveil the Shanghai-style acupuncture-moxibustion and tuina center in Jing'an District on Tuesday.