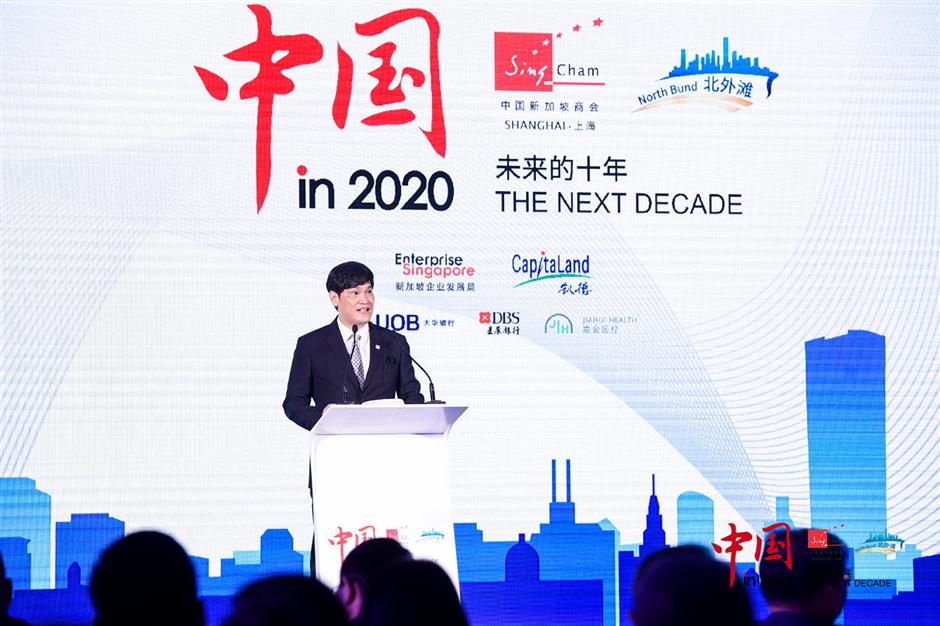 Enterprises from Singapore maintain confidence in Shanghai and will continue investing despite the short-term economic impacts of the COVID-19 pandemic, according to SingCham Shanghai.

The Shanghai Chapter of the Singapore Chamber of Commerce and Industry in China organized a “China in 2020 – The Next Decade” forum detailing the development of the North Bund waterfront in Hongkou District and China’s economic outlook in the next decade.

Jointly hosted with the Shanghai North Bund (Group) Co, the forum invited internationally renowned media experts and top economists to share their insights on the next quarter given how the disruption brought by the COVID-19 pandemic.

“The current epidemic has affected our lives and economy in the short term, but China will continue to thrive in the long term and we remain confident.”

Singaporean enterprises have acute interests in Shanghai and have been heavily investing in Hongkou and Shanghai. Major companies such as CapitaLand Group, Keppel Land and Banyan Tree, and various small and medium enterprises have shown interest in Shanghai’s developments.

Tuesday’s forum was livestreamed, attracting more than 5.6 million clicks. An additional segment of the forum utilizing augmented reality and virtual reality technologies will be held near the end of 2020, according to the chamber. 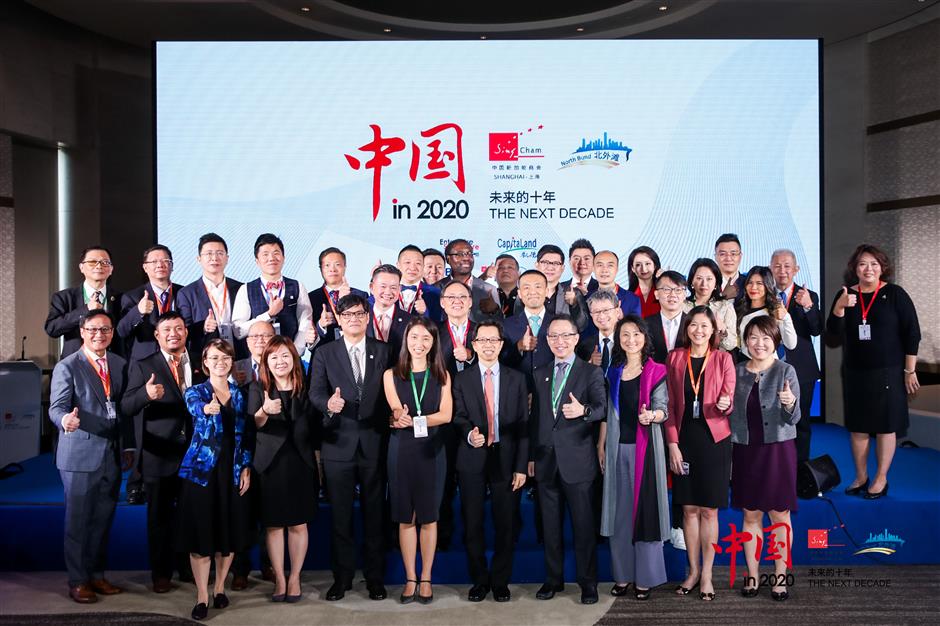 Speakers and sponsors of the China in 2020 – The Next Decade forum.

Foreign investment has have always been vital to Hongkou’s economy, the district’s mayor, Hu Guangjie, said on Tuesday.

With new rounds of development for the North Bund, Hongkou will become a new engine for the city’s growth, he said.

“Despite the COVID-19 pandemic, Hongkou has attracted 171 foreign investment projects so far this year amounting to assets of over 100 billion yuan (US$14.73 billion),” Hu said.

The Huangpu River waterfront in Huangpu District and the Lujiazui financial hub in the Pudong New Area have been listed as a “new engine” of growth for Shanghai by the city government.

These include dozens of top-level office buildings to house about 100 headquarters of multinational firms, international organizations and functional institutes.

The North Bund is home to nearly 1,800 financial companies which manage over 6 trillion yuan in assets. These include an eighth of China’s mutual funds as well as over 4,700 shipping companies and 39 shipping organizations, such as COSCO Shipping, Shanghai International Port Group, the China Shipowners' Association and Costa Cruises, said Hu.

According to a blueprint, the North Bund will mainly attract the headquarters of multinational companies; companies in sales and operation management, fund settlement, research, development and supply chain management; foreign, private and state-owned enterprises as well as international organizations and industrial institutes, said Hao Liguo, director of the Hongkou Investment Promotion Office. 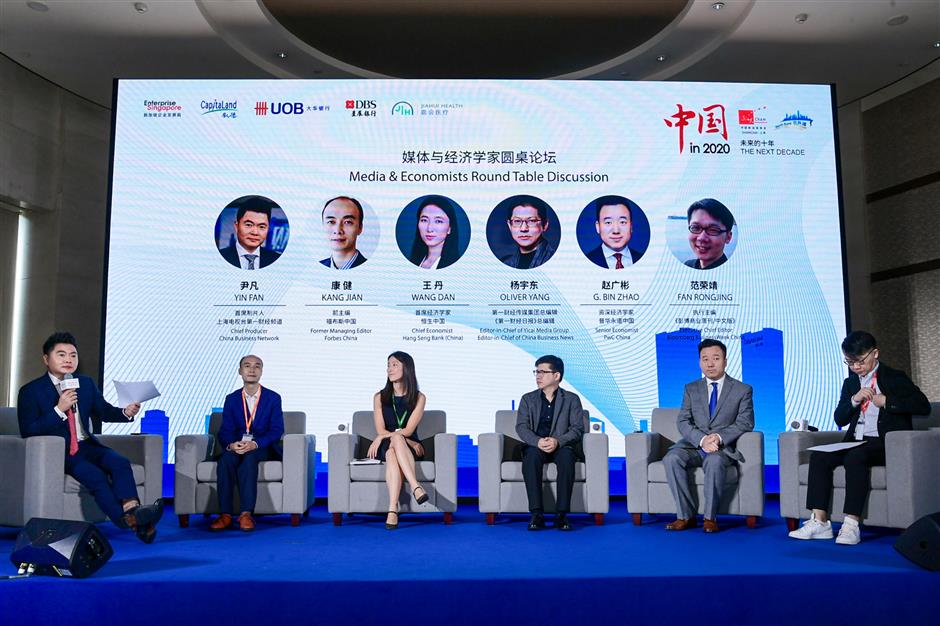 Media experts and top economists share their insights on the next quarter given the disruption of COVID-19. 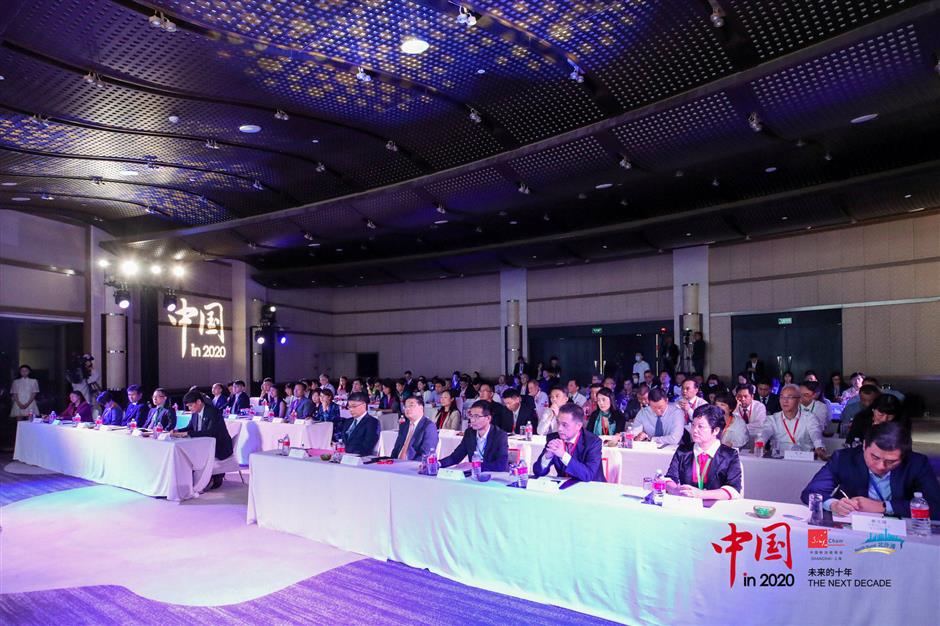 Hundreds of officials and experts attend the forum on the North Bund on Tuesday.