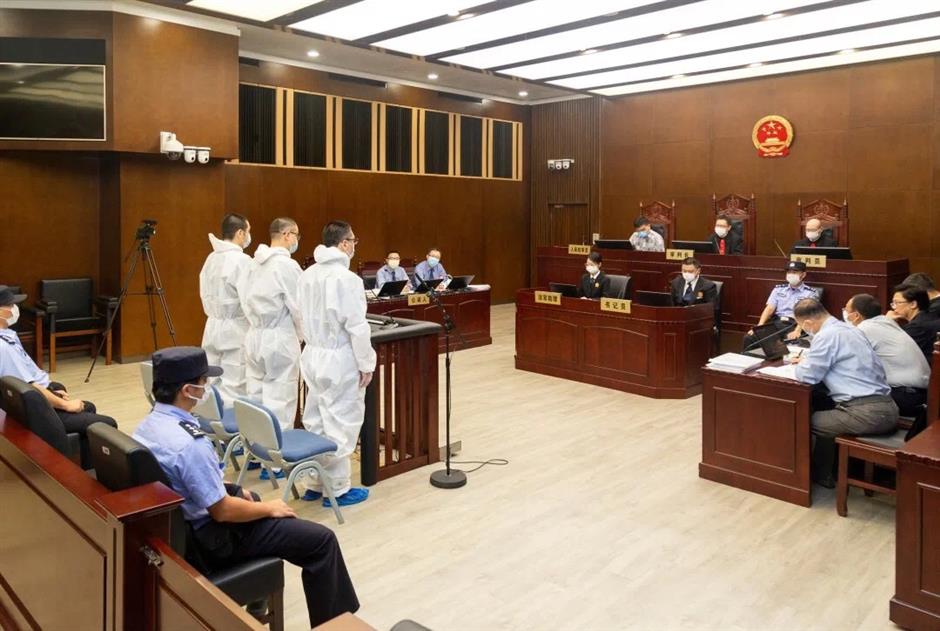 A hearing into two illegal fundraising cases at Shanghai No. 1 Intermediate People's Court on Tuesday.

Prosecutors said that between 2015 and 2018, Wang Rong, Han Yue and Wu Jun had established and bought several online loan assistance platforms such as Junrongdai, Zhuaqianmao and Stlc. They are alleged to have cheated investors through high annual interest rates without official approval, causing around 15.4 billion yuan in losses.

In 2014, Xue Liang is said to have established an online loan assistance platform called Jucaimao. With an annual interest rate between 6 and 16 percent, the platform is alleged to have illegally absorbed over 50.3 billion yuan between 2014 and 2018. Since 2017, prosecutors said, Xue committed the crime of illegal fundraising with Wang, Han and Wu via Jucaimao.

The court will announce its judgment soon, it said.