A girl tries her hand at making a musical instrument.

A series of activities were held in Shanghai on Tuesday to celebrate the one-year countdown to the 46th WorldSkills Competition which is set to open in Shanghai on September 22 next year.

At a countdown ceremony at the Shanghai Exhibition Center, the city sent out an invitation to skilled young people to come to the city next year to show off their excellence in skills.

"Meet in Shanghai," a song promoting the event, made its debut at the ceremony.

Flags were handed over to 12 organizations to kick off recruitment of volunteers for the event.

A program was launched to collect cartoons on the theme of skills projects in the competition.

Other activities were also held to mark the one-year run-up to the event.

From Monday afternoon, people were able to try their hands at skills such as operating drones, making dolls and musical instruments and embroidery at several places around the city, such as the Liu Haisu Art Museum and Jing’an Indoor Stadium.

The Shanghai branch of China Post Group issued a set of postage stamps and first day covers on the theme of the WorldSkills Competition to mark the one-year milestone. 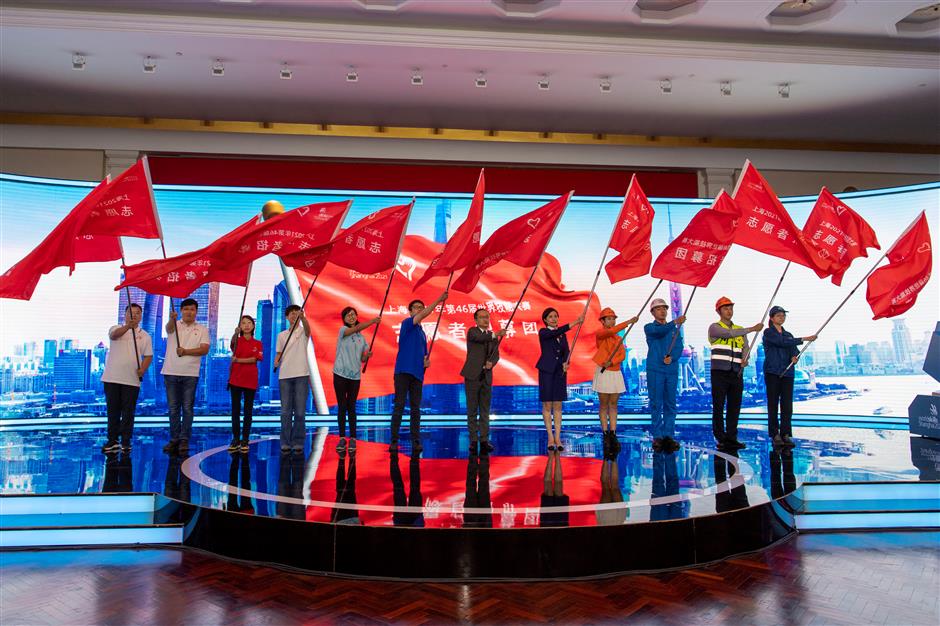 Flags were handed to 12 organizations to launch recruitment of volunteers for the event. 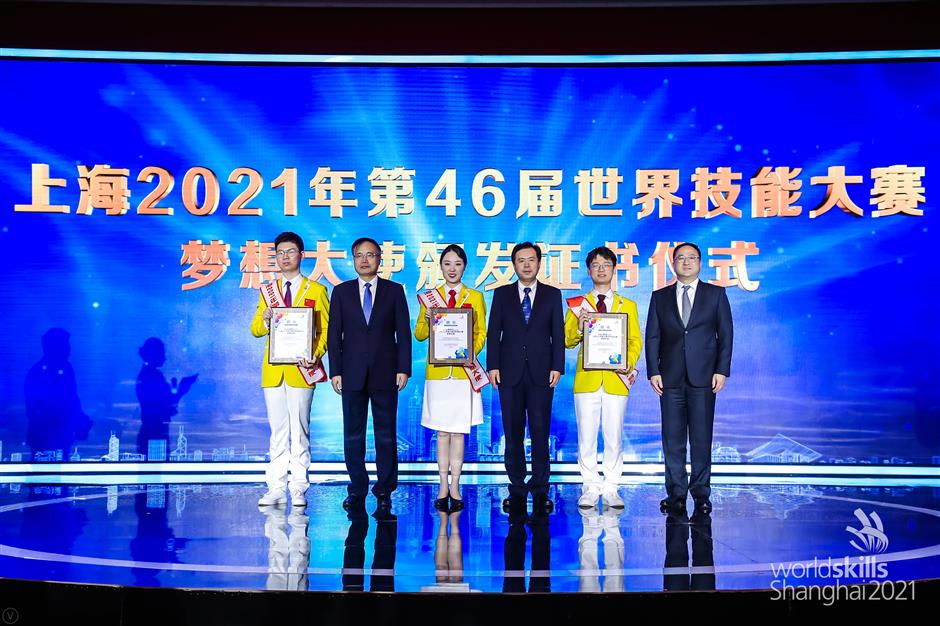 Song Biao, Chen Yifan and Yuan Qiang (from left in yellow uniforms) are made ambassadors for the 46th event.