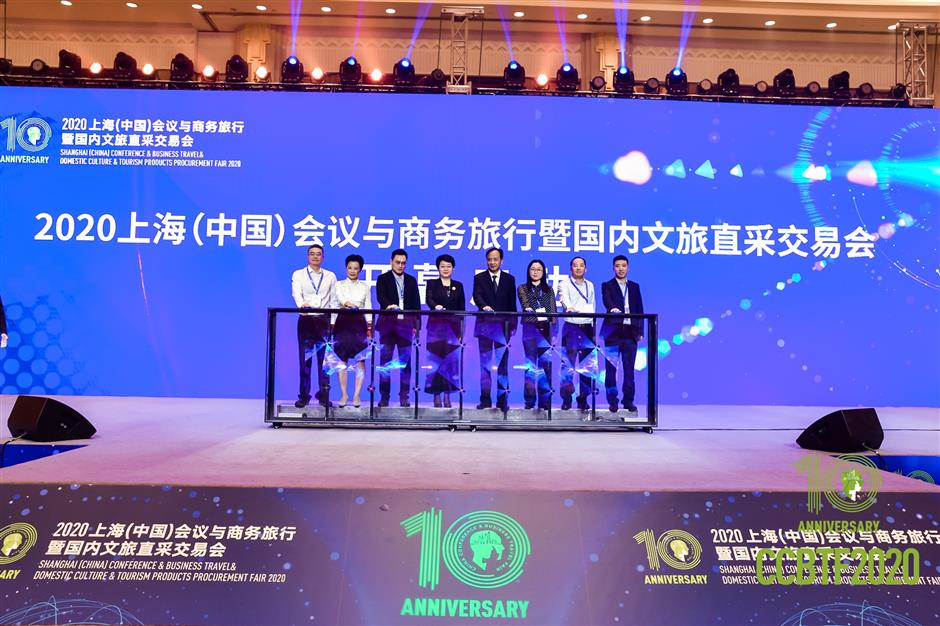 Officials launch the opening of the fair. 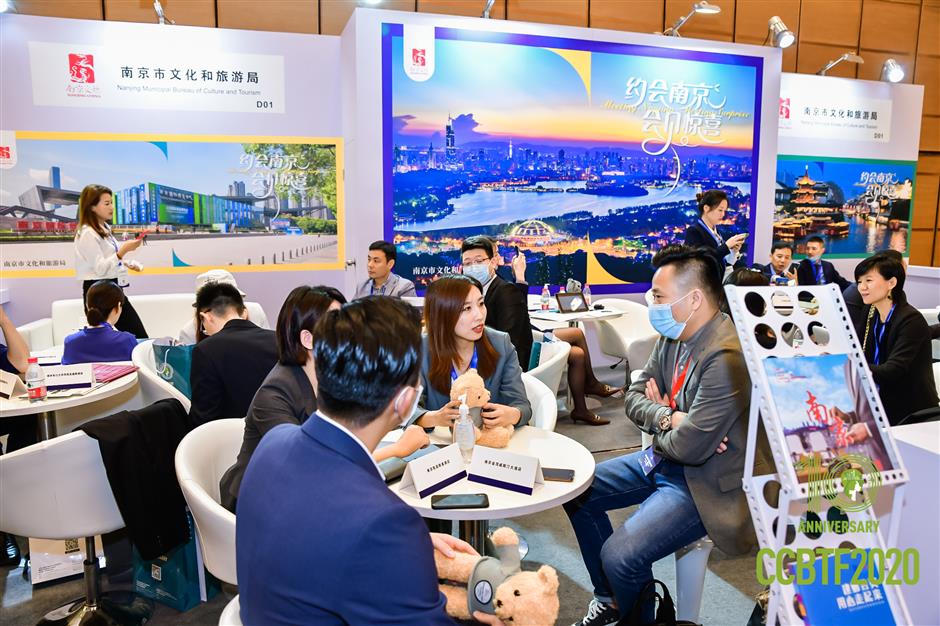 Participants have discussions at an event.

The Shanghai (China) Conference and Business Travel & Domestic Culture and Tourism Products Procurement Fair 2020 opened in the Pudong New Area on Wednesday, gathering about 500 government officials and MICE businesses and insiders to brainstorm the online and offline development of the industry.

The two-day event in its 10th year gathered representatives from 11 MICE destinations in Anhui, Jiangsu and Zhejiang provinces in the Yangtze River Delta region as well as Hainan and Shaanxi provinces with the acceleration of the delta region integration and enhanced regional cooperation on the agenda.

Speeches on travel experience design and insights from the MICE industry, among other events, were held at the Shanghai International Convention Center.

Cultural and tourism authorities from provinces like Hainan, Anhui and Shaanxi, cities such as Nanjing, Ningbo, Suzhou and Hangzhou, and the Shanghai Administration of Culture and Tourism set up promotional booths at the event. 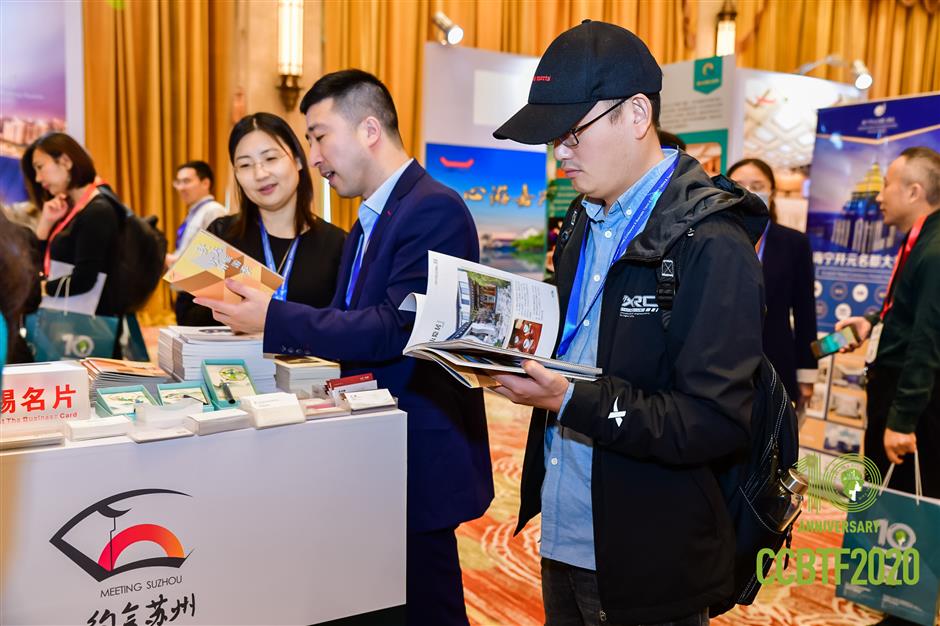 Participants learn about the development of the MICE industry during the fair.

Nearly 50 exhibitors in culture, health, medicine and tourism are also participating in the fair. At the TCM health area, tea ceremonies are performed and intangible cultural heritages such as sachet making are demonstrated to participants.

"We want to seek a new development model blending traditional Chinese medicine and health tourism via such cross-industry cooperation," said Wang Haili, deputy director of the institute and an intangible cultural heritage inheritor.

It is hoped that the fair can promote cross-industry integration of tourist attractions, said Cheng Meihong, deputy director of the Shanghai Administration of Culture and Tourism, during the event.