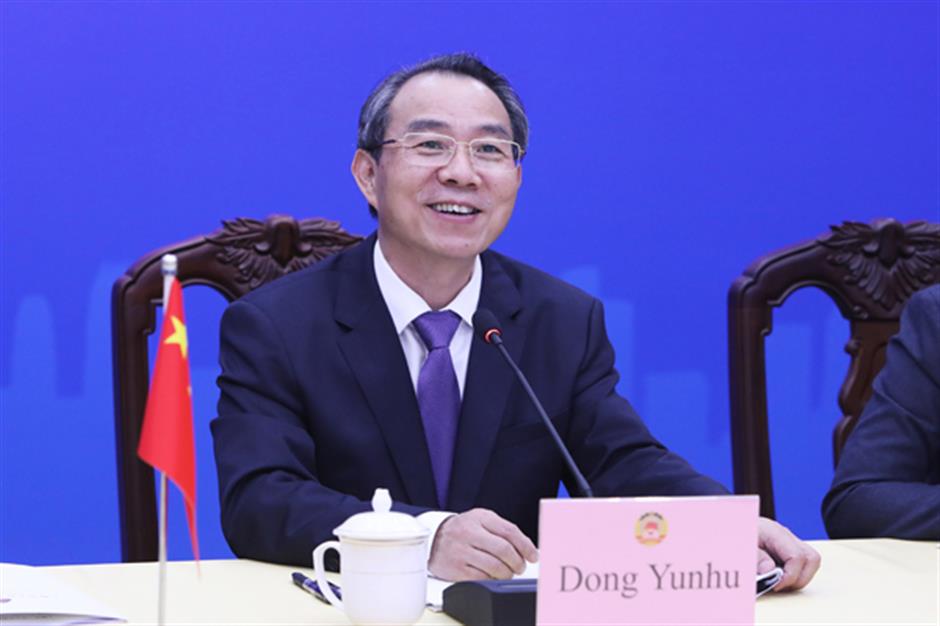 Dong Yunhu, chairman of the CPPCC Shanghai Committee, talks to Lamberto Bertole, president of the Milan Municipal Council in Italy, in the video conference yesterday.

Since the establishment of friendly relationship between Shanghai and Milan, the two cities have carried out a series of exchanges in culture, art, education, science, technology, urban planning and other areas, Dong noted.

And despite the COVID-19 outbreak, the two sides joined hands to fight against the epidemic and deepened their traditional friendship by expanding cooperation in the public health sector, he added.

“We welcome enterprises from Milan to join the upcoming 3rd China International Import Expo in November, and we are willing to deepen exchanges with the Municipal Council of Milan to further develop friendly relationship between Shanghai and Milan,” Dong said. 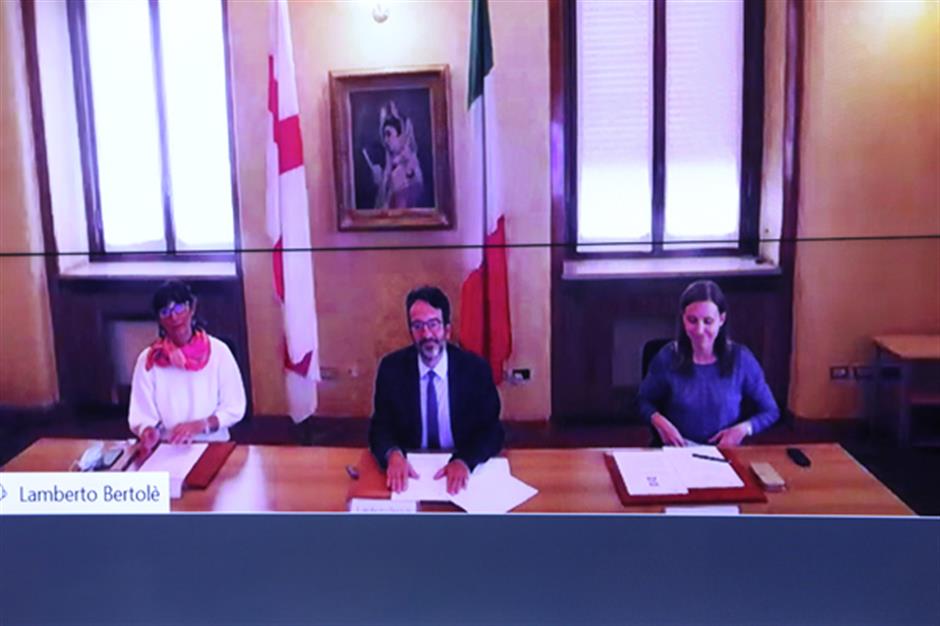 In reply, Bertole said: “We are willing to deepen the pragmatic cooperation in all areas to achieve mutual development with Shanghai.”