Buildings light up for WorldSkills event

Landmark buildings the Sinar Mas Plaza on the North Bund in Hongkou District and Global Harbor in Putuo District were illuminated with videos about the 46th WorldSkills Competition on Tuesday night to mark the one-year countdown to the event.

The competition is due to take place in Shanghai from September 22 to 27 next year.

The videos showed the competition’s mascots Neng Neng and Qiao Qiao and its slogan “Master Skills, Change the World,” as well as the image of Yi Yangqianxi, a popular young Chinese singer and actor who has been invited to be an ambassador to promote the event.

The 320-meter-high Sinar Mas Plaza, also known as the White Magnolia Plaza, is the tallest building in Puxi. 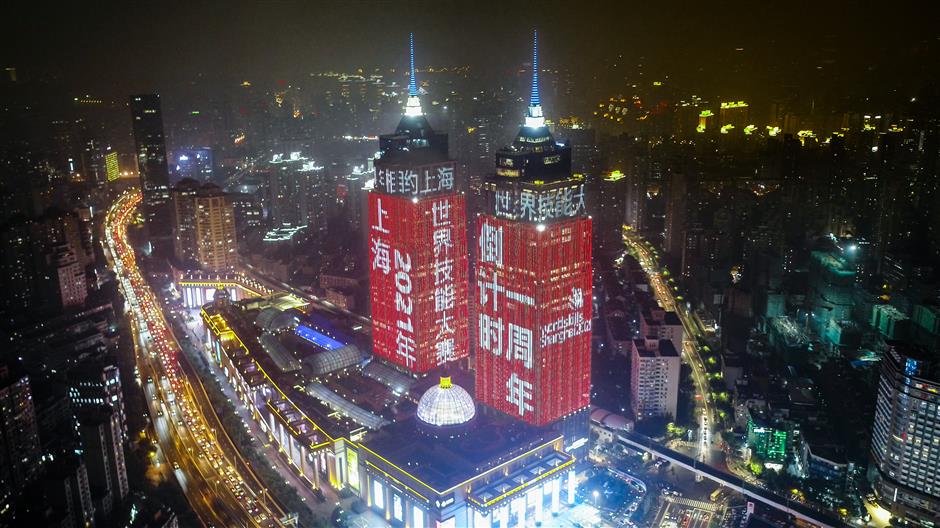 The twin buildings of Global Harbor in Putuo District lit up with a video about the 46th WorldSkills Competition on Tuesday night.