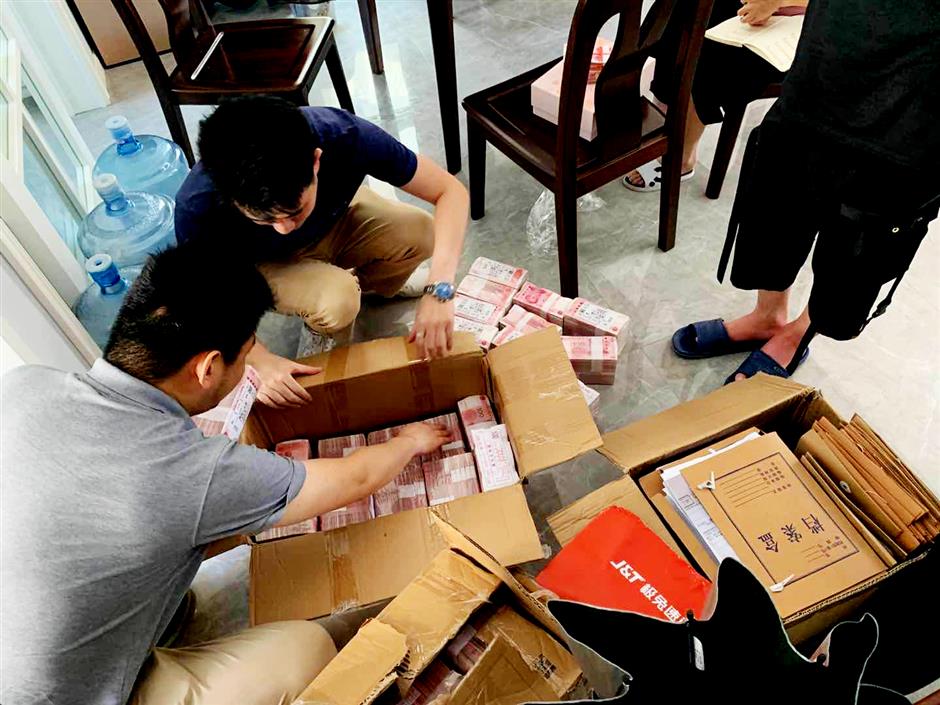 When police raided suspects' locations they discovered a large amount of cash.

Some 260 investors around the country are said to have lost over 45 million yuan (US$6.6 million), police said.

The suspects are alleged to have fabricated production costs of the film, a comedy, and expected box office results to attract investors, but the film far fell short of expectations.

Police began an investigation in March after a man surnamed He said he had invested 500,000 yuan in the film through a company but only got 13,000 yuan back.

He said the company claimed that the film had a production cost of 260 million yuan and was expected to make 2 billion yuan at the box office. He said he was told that every 1 million yuan invested would yield 3.6 million yuan.

However, the film, screened in 2019, took just 63 million yuan at the box office. He later found there were a lot of investors like him and that some had been given different information about production costs.

Police found that the company paid only 10 million yuan collected from the investors to film’s production company and appropriated the rest.

The suspects were caught in a recent police raid and a large amount of money discovered at their locations.