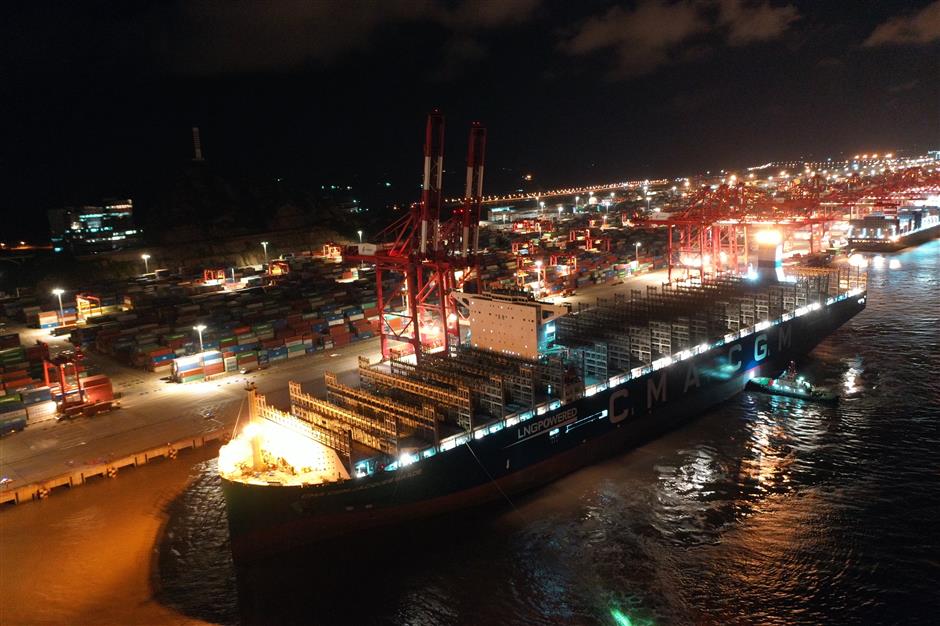 The world’s largest liquefied natural gas-powered container ship was put into operation on Thursday in Yangshan Port. After loading nearly 1,900 containers, it will sail to South Korea on Friday afternoon.

The “CMA CGM Jacques Saade” is one of nine 23,000-TEU LNG-powered vessels built by Shanghai-based Hudong-Zhonghua Shipbuilding Co and Jiangnan Shipyard Co since 2017. It was delivered to French shipping group CMA CGM on Tuesday.

The ship has the capacity of 18,600 cubic meters of LNG, enough for two months at sea. LNG eliminates a large amount of carbon, sulfur and particulate matter pollution. The vessel can also be powered by oil.

Just 26 crew members are needed to sail the ship. Container ships of the same scale need over 30, a port official said.

Meanwhile, it was reported that 27 foreign sailors — French, Poles and Ukrainians — had arrived in Shanghai since March. All had been quarantined for medical observation and all had been cleared.