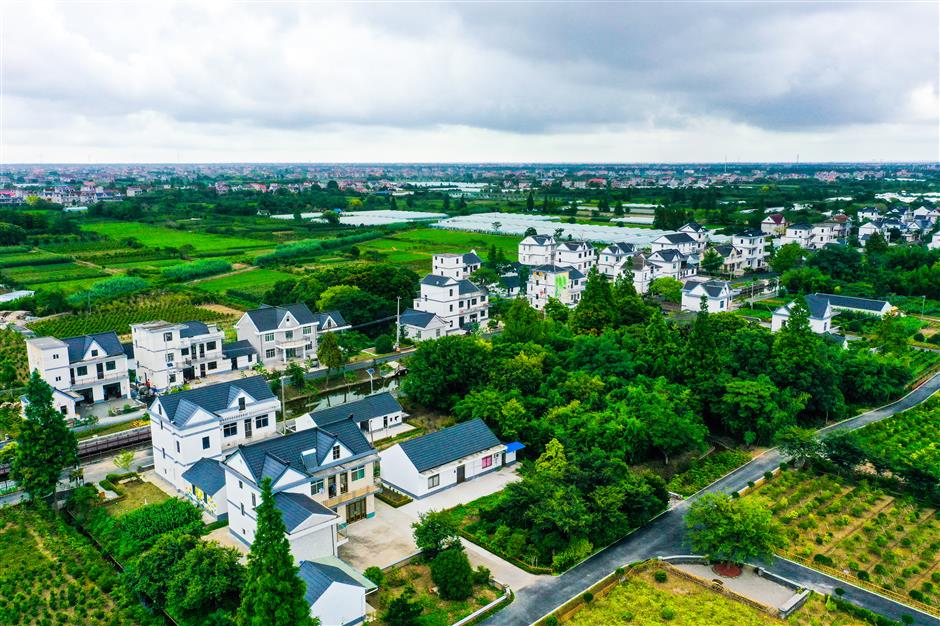 Yuanyi Village in Gangyan Town has been selected as the city's demonstration village for rural revitalization.

Chongming District has attracted more tourists this year because of its environment and booming rural tourism, officials said at a press conference on Thursday.

Due to the novel coronavirus pandemic, the islands were among travelers’ top choices as they opted to stay in areas around the city, making it hard to find a room during the Labor Day, Dragon Boat Festival holidays.

Miao Jing, director of Chongming District, said the average occupancy rate of B&Bs and hotels in Chongming since April had been 85 percent, while the figure for high-end hotels and resorts had increased by 6 percent compared with last year.

The district has launched a number of agri-tourism routes in addition to its characteristic scenic spots such as Dongping National Forest Park, Xisha Islands and Dongtan Wetland Park. 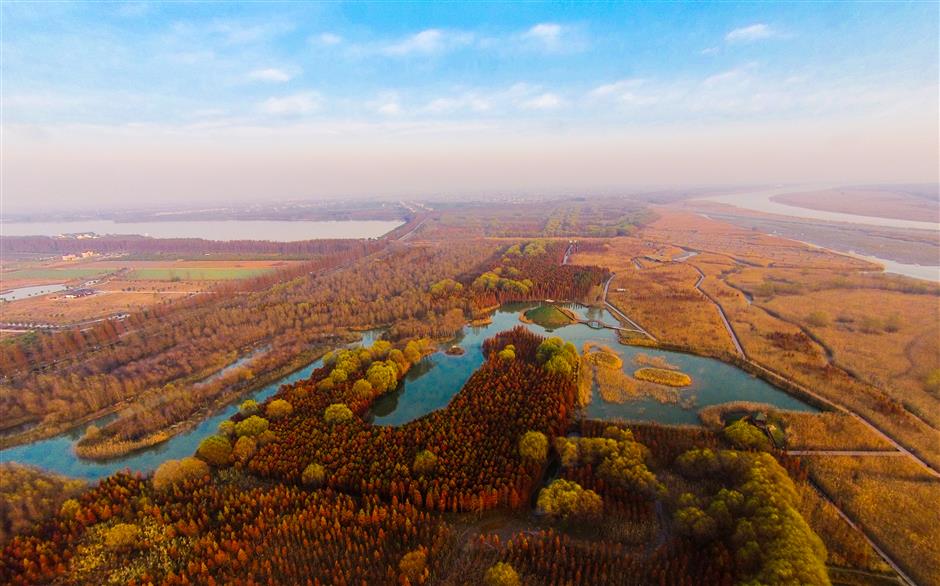 Xisha Islands are among the district's main attractions.

Officials said travelers should stagger their visits and avoid peak days during the National Day holiday and book accommodation in advance.

The island, with a forest coverage of 27.4 percent and the best air quality in the city, aims to build a world-class ecological land, including investing around 66 billion yuan (US$9.7 billion) in infrastructure projects.

To accelerate rural construction, the district plans to build a large number of rural hotels and ecological homestays, including 34 demonstration villages with "white walls, blue tiles and sloped roofs surrounded by forests and waters."

It also aims to create a green agricultural system for products such as rice, citrus fruits and vegetables free of chemical fertilizers and pesticides. The green food certification rate in the district ranks among the best in the country.

The 10th National Flower Expo will be held in Chongming from May 21 to July 2 next year. According to Bright Food Group, main contractor of the venue construction, about two-thirds of the projects have been completed and will be tested in March.