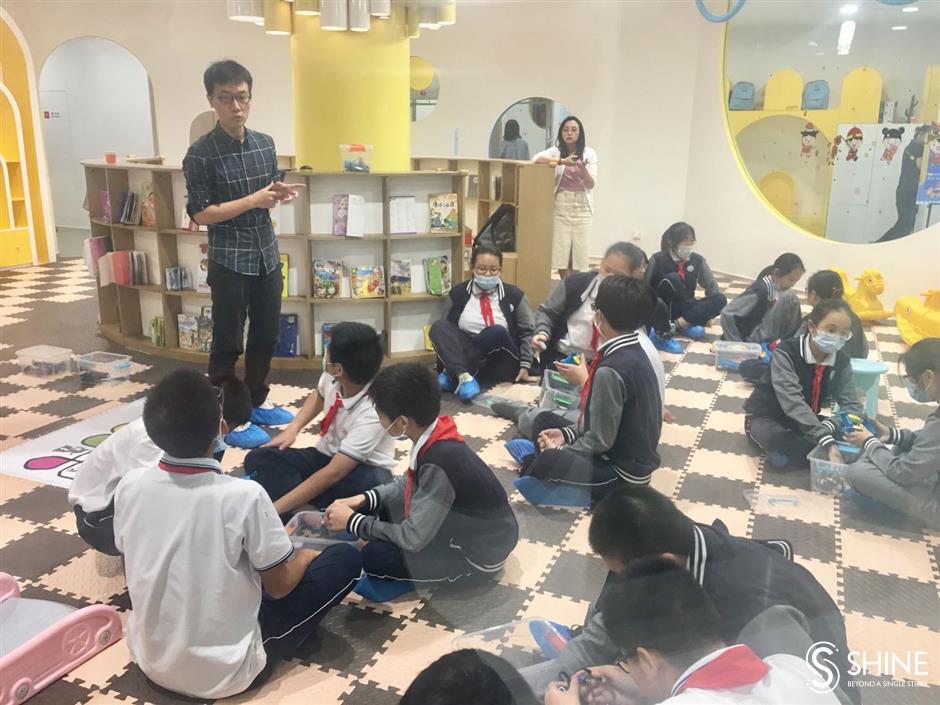 Shanghai’s first community science market opened in Putuo District on Thursday to mark the beginning of a series of events for “national science promotion day.”

The market features scientific workshops, classes and games at the Community Academy at Taopu Town in the city’s northwest downtown. Over 100 events will be held through Saturday.

“The market aims to better cap residents’ demands in education, medical and senior care, while enriching their spiritual life,” said Zheng Bing, head of the Putuo District Association for Science and Technology.

Ten volunteer teams were unveiled at the event to promote science and technology across the district. 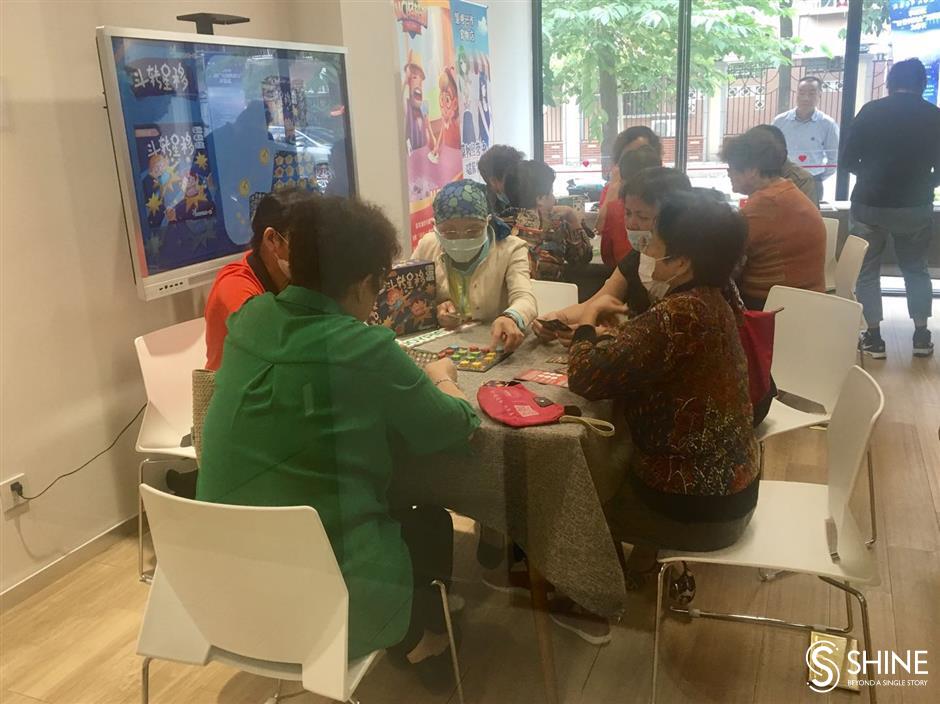 Friends play games at a community science market in Putuo.

The market includes a section displaying the latest robots and unmanned technologies with students from local elementary and middle schools invited to carry out various experiments with the help of robots.

Visitors can learn how to make a cup of coffee or cook in a kitchen featuring precise measuring equipment, while a workshop is where participants can make wooden artworks using various tools.

Elderly visitors can learn how to make sachets containing traditional Chinese medicine herbs, or play Wuqinxi — the five-animal exercises — invented by one of the greatest doctors in Chinese history, Hua Tuo, more than 1,800 years ago.

Putuo-based online game startup Boke released its science promotion games, which include a mobile game about COVID-19 prevention and another about the history of the Communist Party of China and the People’s Republic of China.

Additional events will be held through Saturday at other science popularization sites, including the Lego center and Changfeng Ocean World. 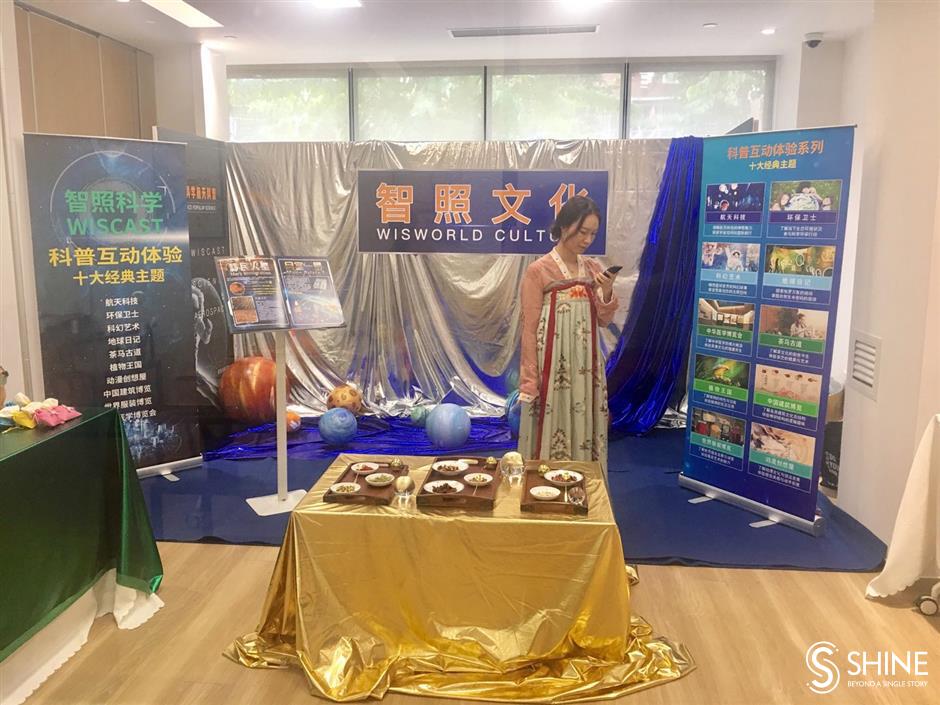 A workshop to teach people how to make sachets with traditional Chinese medicine herbs.