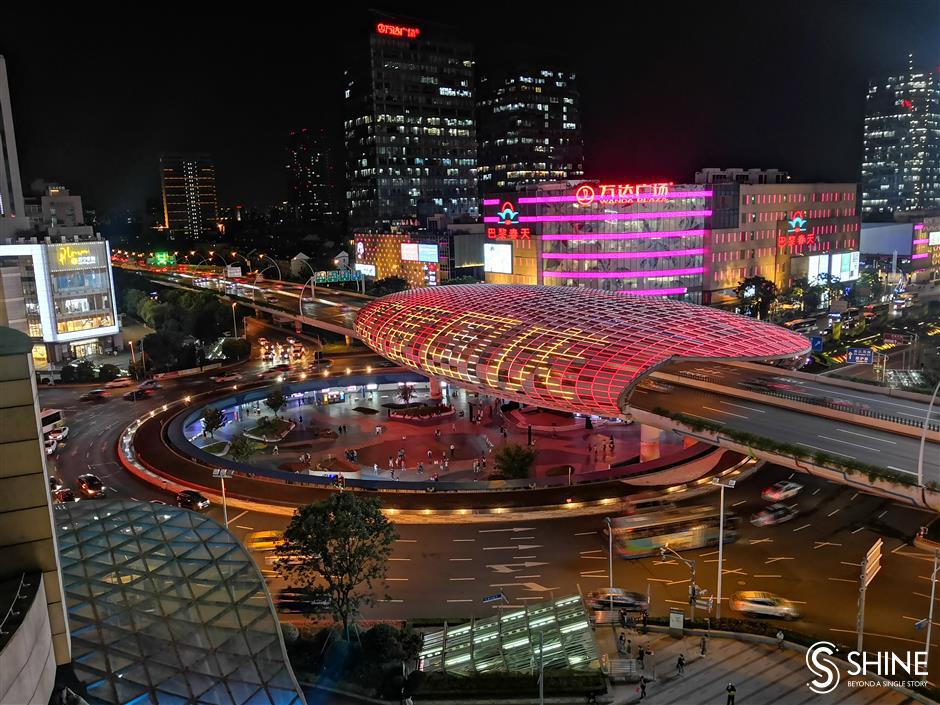 A trial of the new lighting display is conducted on Thursday night. 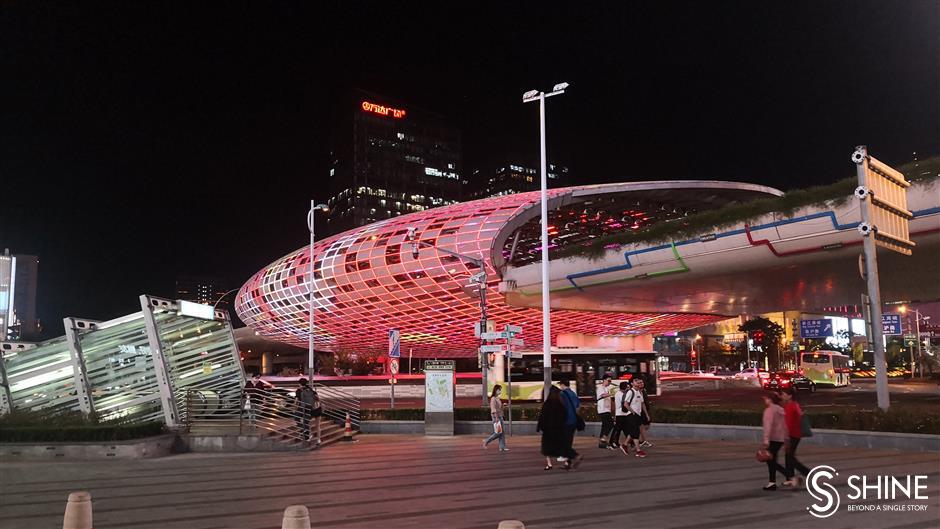 A trial on the new lighting landscape is conducted.

The signature egg-shaped structure in the Wujiaochang area of Yangpu District will be illuminated with a new lighting display in celebration of the upcoming National Day holiday.

The display will feature patterns such as China's national flag, an ornamental column in ancient Chinese style, the Monument to the People’s Heroes and peonies.

Red and yellow colors will dominate, and the display will be more brilliant than last year's appreciation to technology upgrades, greenery authorities in the district said.

In the past, peonies were usually shown in a single red color, but under the improved precision, the flower will be presented in hues such as crimson and rose red.

The peony represents prosperity, a noble character and a strong festive atmosphere, the district's greenery and public sanitation bureau said.

The holiday light display will be presented between 6:30pm and 9pm from September 30 to October 8.