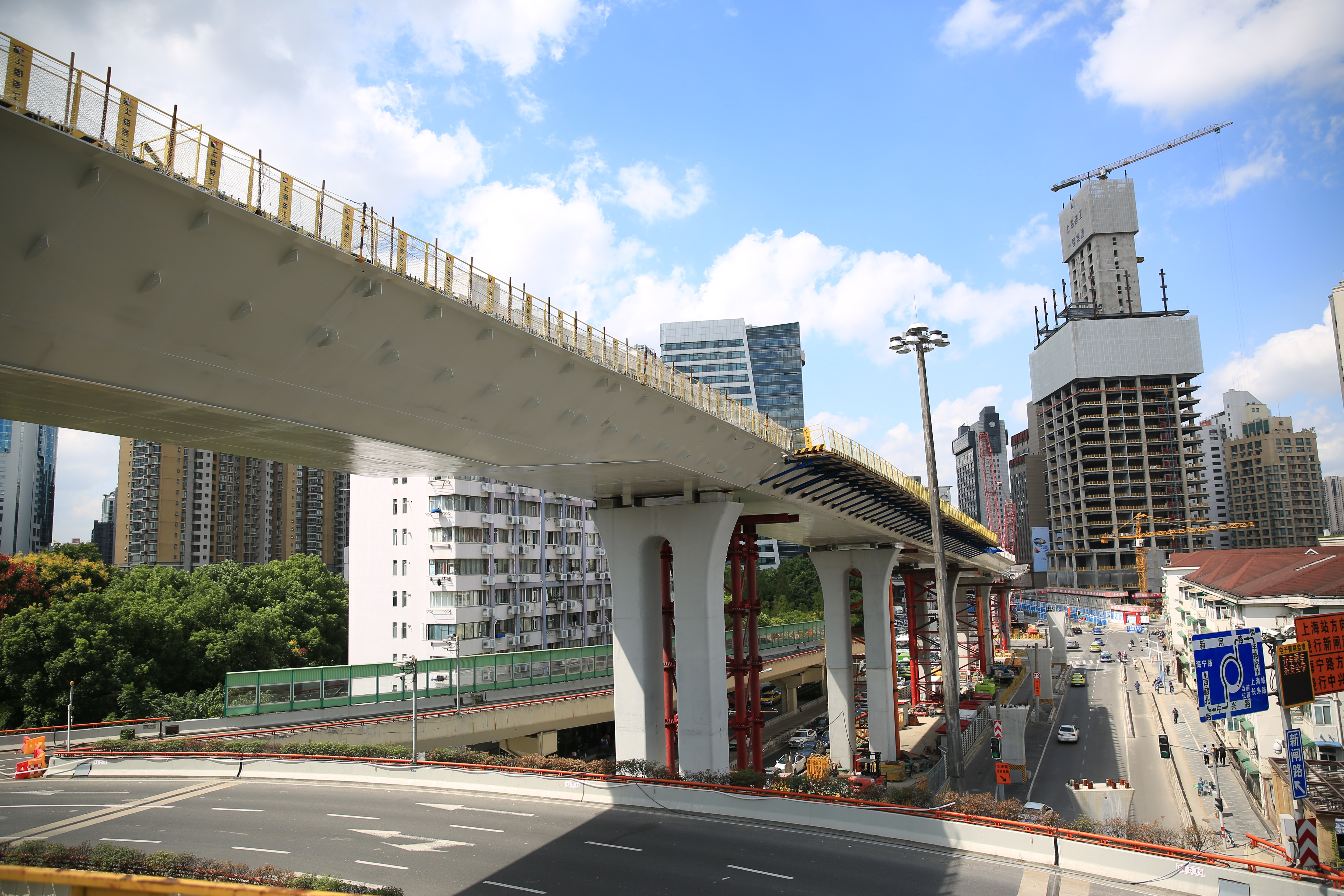 A series of on-site exhibitions were held by the city’s transportation commission last week on the innovative breakthroughs at six key construction projects.

The projects include the Ecological Avenue in Chongming District, the renovation of Wuning Road, the manufacturing base of Metro Line 14, East Jinxiu Road of Metro Line 14.

At the site of the Tianmu Road overpass project, the main exhibition area, advanced equipment and materials applied during the construction were on show for industry insiders.

The overpass of Tianmu Roundabout has been regarded as the most complicated project as it requires the connection of the Beiheng Passage, an under-construction project estimated to be completed by 2023, and the south-north Elevated Road.

Various innovative technologies have been adopted to minimize the disturbance for nearby traffic and residents, such as the Building Information Modelling and a specially-designed crane, the size of which is only one sixth of general ones.

After completion, the 19-kilometer Beiheng Passage will link Changning, Putuo, Jing’an, Hongkou and Yangpu districts as one of the three east-west thoroughfares of the city’s transportation network, besides the Zhoujiazui Road Tunnel and Pudong Avenue.

Chongming Ecological Avenue has conducted subgrade cement soil construction, a quality control method to protect the rich groundwater resources around the area. The drainage was also designed to prevent soaking damage and ensures the long-term stability of the road.

According to the transportation commission, the application of new equipment, new technology and new materials will be further promoted in future projects to not only enhance efficiency, but create a quality-first and green-oriented culture for the transportation engineering industry.