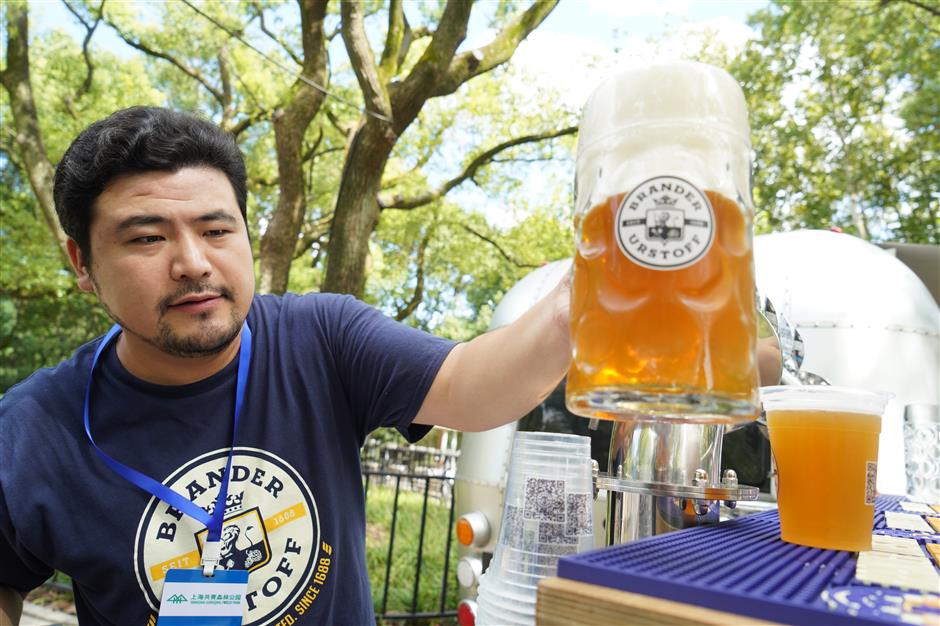 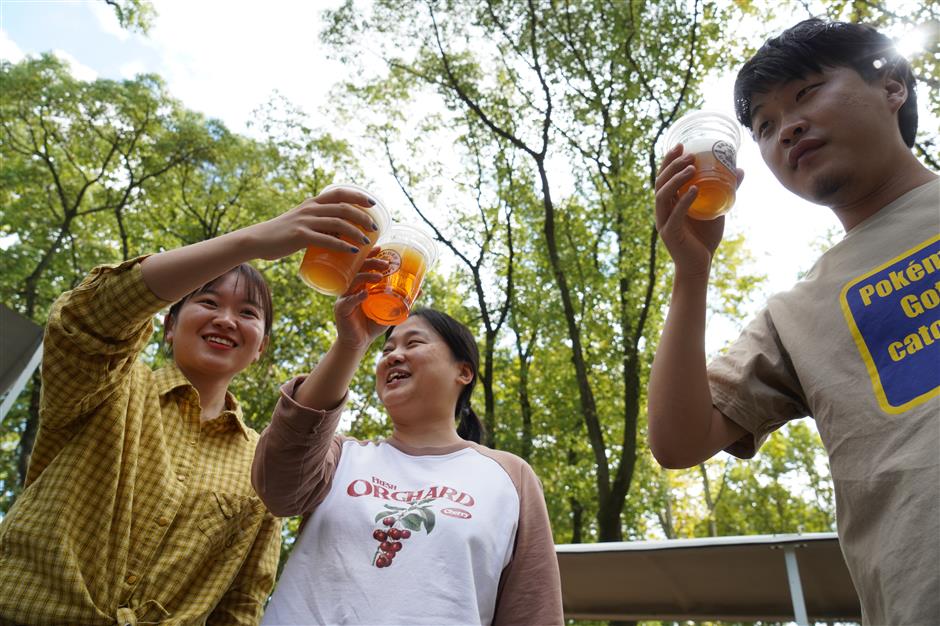 People take a sip of beer before the beer festival starts on Monday.

Gongqing Forest Park in Yangpu District is ready to serve residents and tourists beer and delicacies, as well as music and performances from Monday till the end of the National Day holiday, its operator announced on Sunday.

During the park's forest carnival, in its twentieth and forest beer festival in its seventh, nearly 50 varieties of beer from breweries in Belgium, Germany, Britain, Spain and Canada will be featured, including prize-winning varieties.

Some domestic beer brands blending jasmine tea and chrysanthemum tea will be part of the offerings. 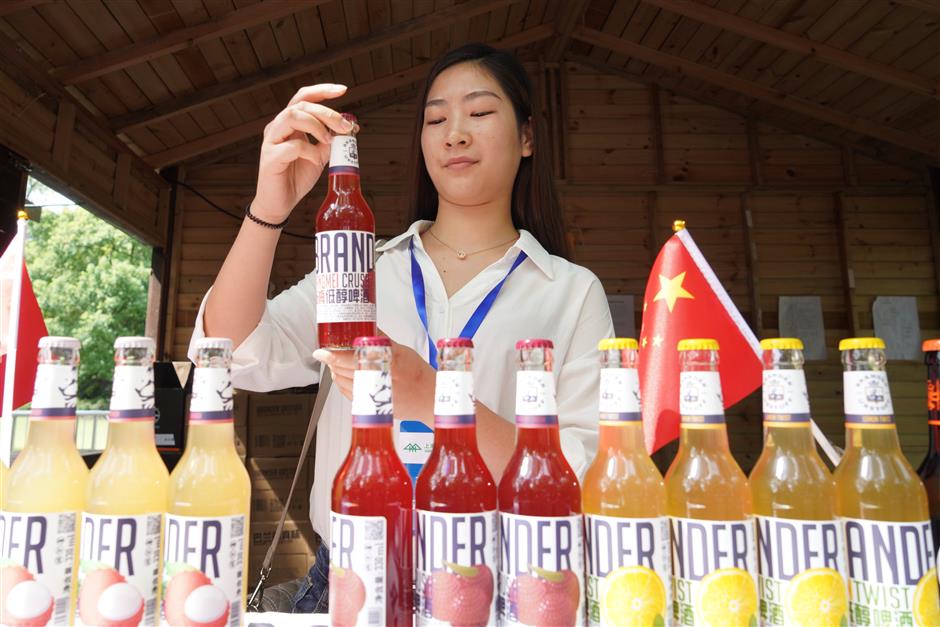 Festival goers are also invited to take part in competitions and answer questions about beer, while brewers will share their knowledge.

A classic animation and film concert as well as jazz concert are among the offerings.