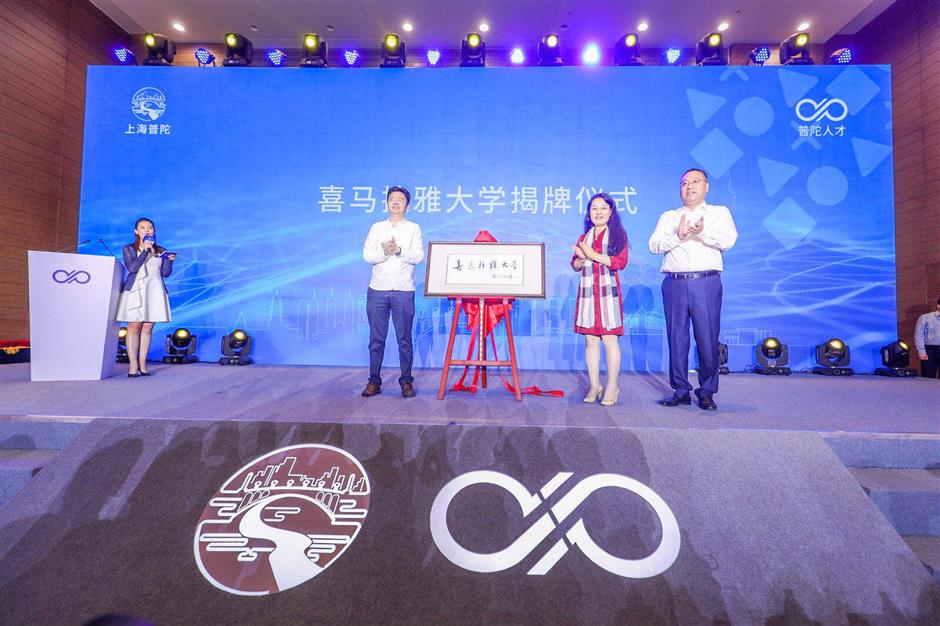 China’s first university focused on the online economy has been launched in Putuo District to offer new occupational training for the mobile Internet era.

Neighboring the China-Israel Innovation Hub, the university aims to train high-level elite talent for the development of the online new economy, the district government announced on its first talent festival on Sunday.

Three colleges have been set up at the university, said Jiang Peiyi, vice president with the Shanghai Himalaya Tech Co.

These colleges will offer training for podcast hosts based on content on the Himalaya platform, as well as professional education for livestreaming sales and the cultivation of online personalities.

During the height of the COVID-19 pandemic, digital services became a lifeline for millions of people subjected to lockdowns and shelter-in-place orders. The business volumes and revenues of online new economy sectors, mainly in e-commerce, electronic sports, smart education, intelligent life and innovative products sectors, have been growing rapidly.

The first Putuo District Talent Festival is launched on Sunday.

Jiang Dongdong, director of Putuo, said the district will stick to its talent strategy to attract more professionals, while offering better services. The two major strategic platforms in Putuo, the China-Israel Innovation Hub and the International Innovation Center of Tsinghua University Shanghai will become the main stage for talent from across the world, Jiang told the opening ceremony of the talent festival.

Putuo released a new batch of 11 measures to optimize its institutions to attract talent, assist startup projects, enhance financial support and scientific incubation, as well as solve housing and other issues for professionals.

An online game festival, innovation contest, orientation race, entrepreneur training base and salons will be held during the festival, as part of efforts to get the economy back to normal while ensuring safety amid the COVID-19 pandemic, according to the Putuo government.

Between January and August, Putuo District introduced four major projects with annual tax revenue to exceed 100 million yuan (US$14.66 million) each and 25 other projects with revenues over 10 million yuan. Nearly 700 companies have been established in Putuo despite the pandemic.