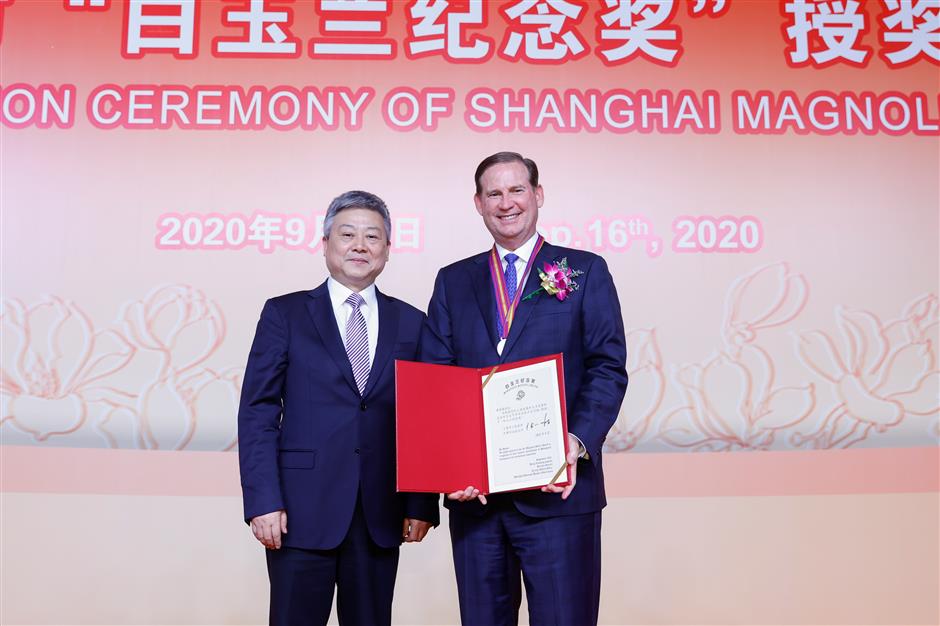 Joe Schott, president and general manager of Shanghai Disney Resort, is presented with the Magnolia Silver Award for his contributions to Shanghai’s development. 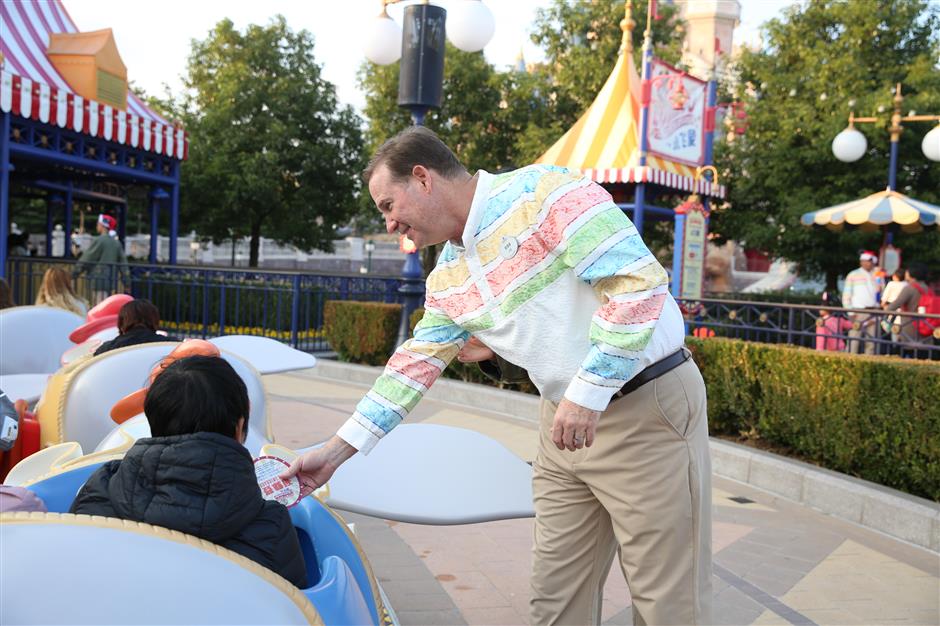 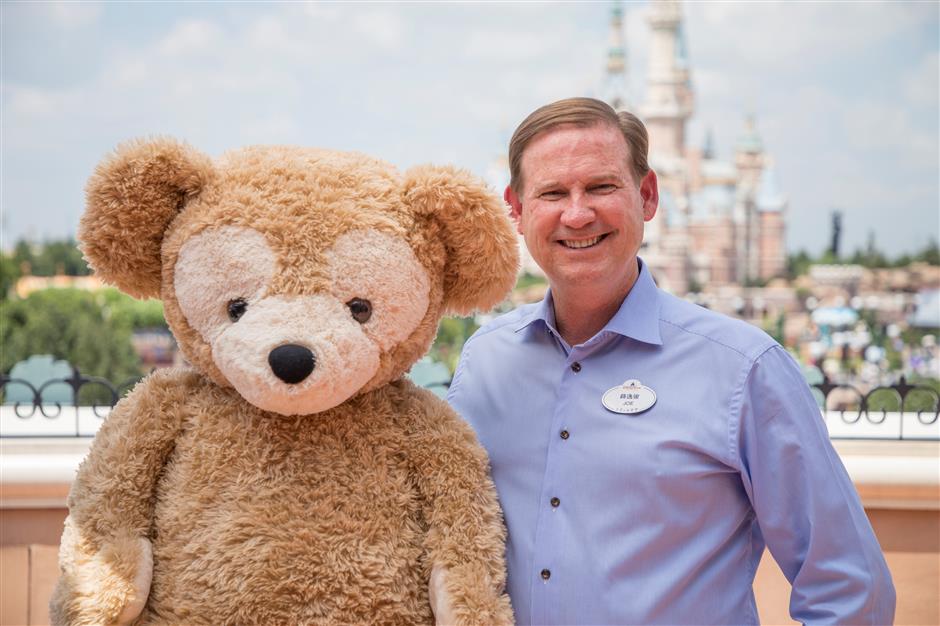 Joe Schott, president and general manager of Shanghai Disney Resort, was honored with this year’s Magnolia Silver Award for his contributions to Shanghai’s development.

From frontline worker to the resort’s senior executive, from Orlando, Tokyo and Paris to Shanghai, he has spent 38 years at Disney.

Schott was sent to Shanghai in January 2016 to assist in preparations for Shanghai Disney Resort.

He stayed in Shanghai for several weeks but most of his time was spent on the construction site, though he did fall in love with xiaolongbao (steamed dumplings) from his first taste of the local delicacy.

He hadn’t expected that the chance to know the city inside and out would come so soon. In January 2018, he was appointed senior vice president of operations at Shanghai Disney Resort.

Like locals, he can fluently introduce popular destinations to out-of-towners, from the modern Lujiazui financial hub to historical buildings on the Bund, from the tranquil Century Park to the bustling Nanjing Road. But his favorite is “Ju Fu Chang,” known by locals as the abbreviation of Julu, Fumin and Changle roads.

The three narrow yet stylish streets in downtown Shanghai, lined with sycamore trees, historic buildings, boutiques and cafés, form one of the city’s most beautiful blocks, and are the epitome of the city’s spirit.

His most memorable day during his two years at the resort was when Shanghai Disneyland reopened on May 11.

The pandemic had brought it to a standstill for 107 days, but Schott and his colleagues didn’t take a day off, always preparing to welcome visitors again. Their efforts paid off, and Shanghai Disneyland became the company’s first theme park to resume operation.

The reopening, according to Schott, was a sign that life was returning to normal after months of the pandemic.

On the day it reopened, he said: “Today, we are extremely pleased to reopen Shanghai Disneyland thanks to the unwavering efforts of our cast members and our community. Today’s celebrations will be remembered with joy, as we look forward to welcoming our guests back to this happy place.”

Schott has been working to cater to the local market by combining local culture with the Disney spirit. A self-claimed technology fan, he’s happy to find local people very willing to embrace high technology. So, Shanghai Disneyland is one of the world’s most technologically advanced Disney parks.

Of all its attractions, Schott loves Pirates of the Caribbean: Battle for the Sunken Treasure most. It combines cutting-edge technologies, including robots and 4D, to create a virtual adventure for visitors. The park also offers a variety of online services.