Silver honors for expats who contribute to Shanghai's development

Fifty expats in Shanghai were honored with Magnolia Silver awards earlier this month in acknowledgement of their contributions to the city’s development. The recipients this year included people involved in business, finance, technology, education, culture and health. Here are some of the winners. 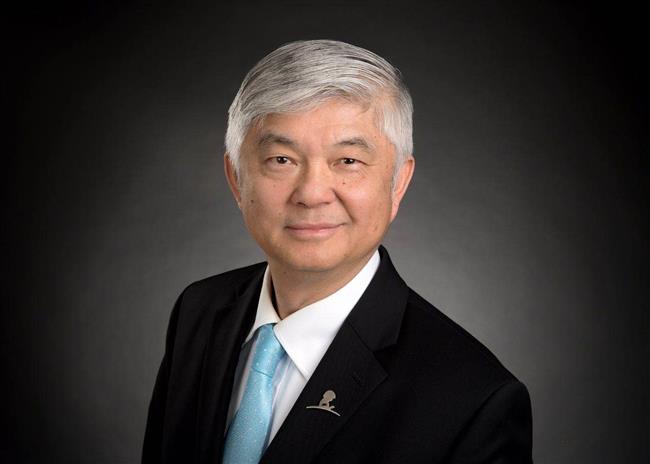 For decades, US doctor Ching-hon Pui has been waging a battle against childhood leukemia. His dedication and perseverance won him a Magnolia Silver Award in Shanghai this year.

Pui is globally recognized as one of the top experts in the diagnosis and treatment of malignant diseases. He heads the Department of Oncology at St. Jude Children’s Research Hospital in the US state of Tennessee and is chief adviser at the Hematology and Oncology Center at Shanghai Children’s Medical Center.

He has contributed to pushing the cure rate of pediatric leukemia of children with acute lymphoblastic leukemia to 90 percent. He has authored 600 articles and reviews, and edited three books and two monographs on leukemia.

Hong Kong-born Pui has been associated with Shanghai since the establishment of the city’s Children's Medical Center in the 1990s. He organized the donation of advanced flow cytometers for diagnosing leukemia.

He has also trained more than 100 medical professionals in China.

In 2005, Pui and Chinese experts launched the SCMC-2005-ALL Program. By the end of 2019, more than 7,500 children had been enrolled for treatment, with high survival rates.

Pui continues to raise about 3.6 million yuan (US$527,400) every year to improve multi-center clinical research. The funds are used for data collection, quality control and minimal residual disease detection in 20 sites in China.

Pui’s credo: “Never deprive a child from treatment because of poverty.” He has been raising funds to help poor children with leukemia since 2004, including 15 million yuan from overseas to provide free treatment and life support for the children.

His clinical research helped push the creation of a medical insurance policy for childhood leukemia by the Chinese government in 2009. It increased the reimbursement rate for impoverished children with leukemia to over 80 percent.

In recent years, Pui has dedicated himself to China’s pediatrics system. He proposed the establishment of the National Children's Medical Center, which was approved by the State Council, China’s cabinet, in 2017. Construction of the 500-bed facility will break ground soon in Zhangjiang, in the Pudong New Area.

Pui has guided the planning for the new hospital to create a center that integrates clinical medicine, technological innovation and professional talent training.

In this year's fight against coronavirus, Pui has helped raise funds for patients, particularly children with leukemia who were particularly vulnerable to infection.

He managed to mobilize assistance from multiple sources, including the 3M Foundation of the US, the Zegna Foundation of Italy and Shigematsu Works of Japan. The money financed emergency materials sent to hospitals in Wuhan and four departments of pediatric hematology oncology in Shanghai.

In a letter to Chen Zhu, president of the Chinese Red Cross, Pui wrote: “Please, let's do our best to protect the children.” 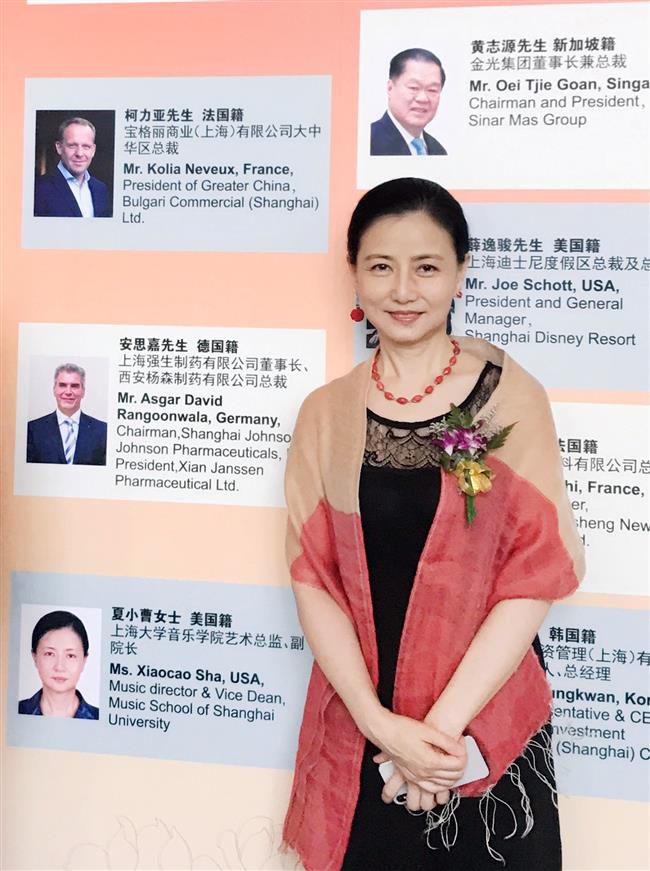 A violinist showing the power of music

Chinese-American violinist Sha Xiaocao shows us how music can bring people together in trying times like the coronavirus pandemic.

Born in 1962, Sha is a celebrated musician on the world stage. Her musical training began at the Beijing-based Central Conservatory of Music when she was 11. She made her Carnegie Hall debut in New York in 2003 and has performed extensively in the US, Asia and Europe. She won top honors at the Chinese National Violin Competition.

Sha has been in Shanghai for 11 years since taking the job as music director and vice dean of the School of Music at Shanghai University.

In addition to her campus duties, she has held more than 200 concerts. She also served as head of the Shanghai City Symphony Orchestra, and the principal director of the Student Symphony Orchestra and the youth symphony.

She has actively participated in charity concerts for autistic children, as well as dozens of other performances to benefit the needy.

In 2018 and 2019, she led the pop-up performances of the Shanghai City Symphony Orchestra at Rome’s airport and on Century Square on Nanjing Road E.

Sha was performing outside Shanghai during the Spring Festival when the COVID-19 epidemic hit China. She immediately flew back to the city ahead of schedule after seeing the rising number of confirmed cases.

Before returning home, she bought two large boxes of masks, disinfectant and other emergency materials to share with community workers, families of autistic children and others in need.

“We shall all pass through this difficult period together,” said Sha. “I always believe in the power of music. It heals and it inspires people to carry on with the courage.”

When campuses closed during the epidemic, Sha set up a WeChat group and composed an original song titled "He, the Most Ordinary," based on dozens of audios sent by teachers and students from all over China.

Sha is the vocal teacher of the Shanghai Student Symphony Orchestra, responsible for students' online rehearsals.

Though it is difficult to deliver music classes on online, Sha said she has never deviated from meticulous teaching methods and used online learning tools to carry on that rigor.

She has also helped her students prepare for a concert with the City Symphony Orchestra to honor the heroes of the fight against coronavirus. Her father Cao Peng, a well-known conductor, contributed to the musical score.

Her elder sister Cao Xiaoxia was presented the Magnolia Silver Award in 2018 for using the healing power of music to open the hearts and minds of autistic children in Shanghai through a charity program known as the Angel Music Salon. 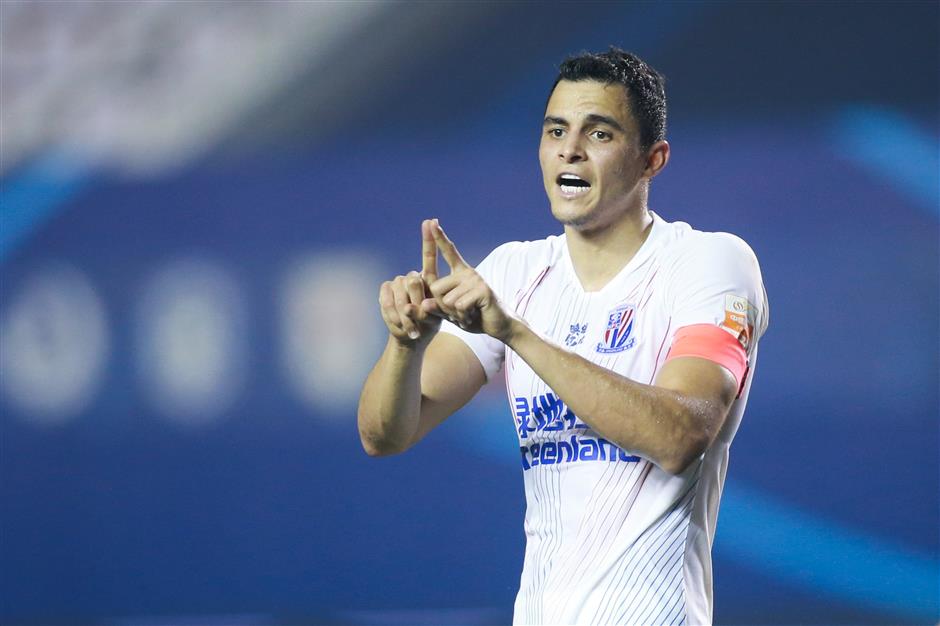 A footballer active in charity

Giovanni Andres Moreno Cardona, a Columbian-born footballer, is not only good at kicking a ball but also at kick-starting support for causes that benefit ordinary people.

He joined the club in June 2012, where he became the first team striker to score 76 goals in 230 matches, helping the club win the Chinese Football Association Cup in 2017 and 2019. He is also the foreign player with the longest tenure in the Chinese Super League.

“Thank you, Shanghai, for giving me this award,” Moreno said. “I have won some honors in sports, but this is the first honor from a city. My family and I have lived here for eight years, and this award is a motivation for us. I will continue to work hard to bring you more happiness in the stadium, in public welfare and wherever I can.”

He has taken an active part in community work. He worked as a traffic volunteer to promote safe travel and participated in a movie alerting the public to telecom fraud.

In 2019, he set up Moreno Charity Fund to help families in need and to encourage teenagers to pursue their football dreams.

During the coronavirus epidemic, he donated toward the purchase of medical materials needed in the cities of Wuhan and Macheng in Hubei Province. He also joined hands with Shanghai radio stations to promote fitness activities and raise awareness on social distancing.

“What I have always wanted to say is that the Chinese government has done a great job, and China is one of the few countries that has controlled the epidemic very well,” Moreno said.