Police prepared for any holiday problems 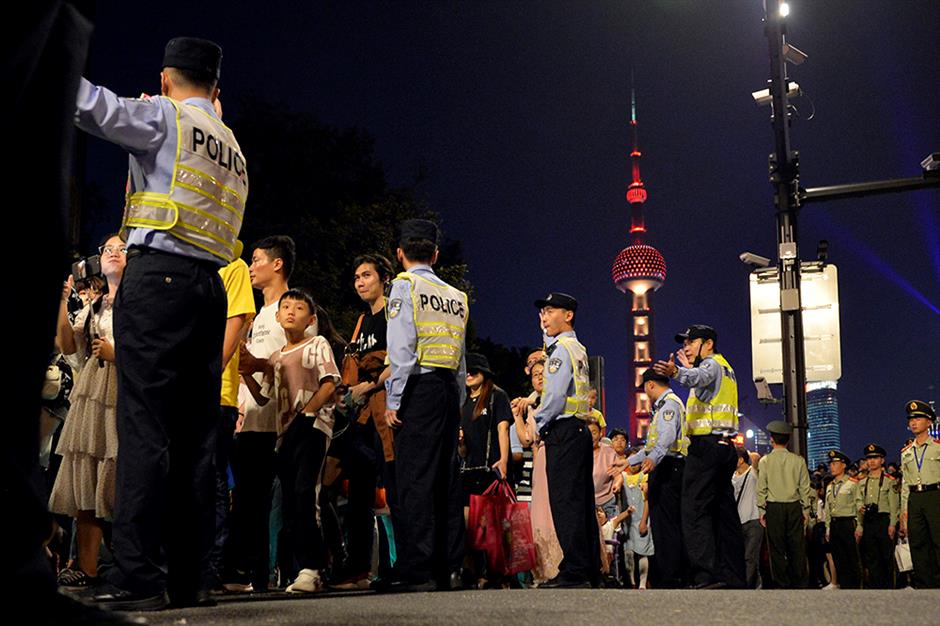 Police say they have made preparations to deal with holiday crowds.

Shanghai police have made preparations for road congestion and crowds over the Mid-Autumn Festival and National Day holiday.

Around 6 million vehicles will leave or enter the city during the holiday, up to 10 percent more than the same period last year, and congestion is expected on the G40, G15 and G2 expressways, especially at the beginning and end of the holiday.

Traffic police said they will send work groups to G40, G2, G15, G50 and G60 expressways to clear congestion as soon as possible.

Pudong police said more police motorcycles and tow trucks would be on standby for emergencies in the Yangtze River Tunnel on G40 and there will patrols in the tunnel every 15 minutes to deal with any accidents.

Due to COVID-19, the number of large public events in the city during the holiday is significantly reduced this year, but the city’s major tourist spots still expect a large number of visitors.

Police will step up patrols and a crackdown on pickpockets at key Metro stations including People’s Square, Lujiazui, Yuyuan Garden, Disneyland and Shanghai Zoo stations.

Police remind residents that it’s forbidden to fly drones over the Bund or along Nanjing Road without prior approval.