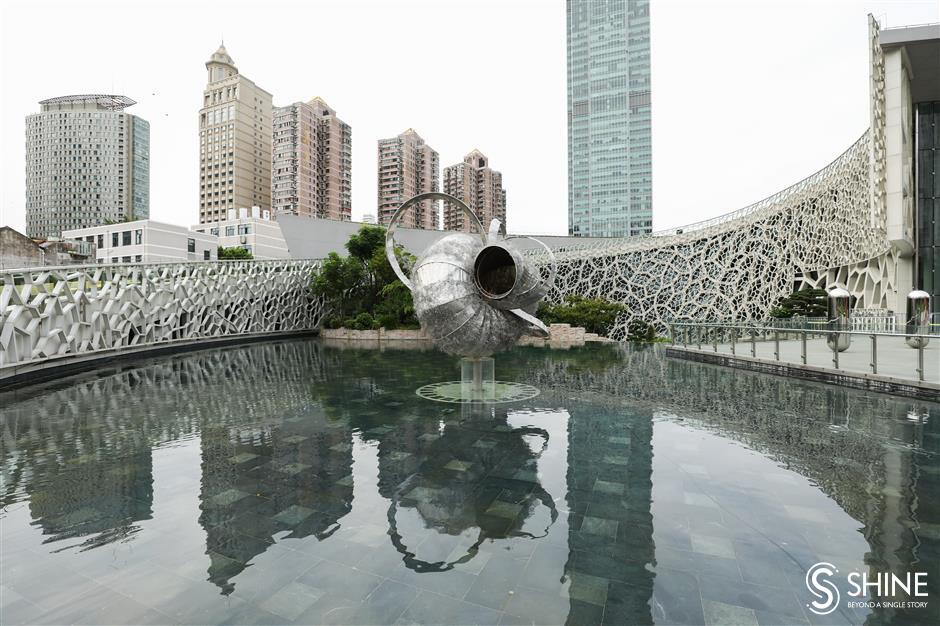 The biennial sculpture fair returns to Jing’an this month.

Most will be on display at the Jing’an Sculpture Park, while the rest will adorn Fengshengli commercial zone, Plaza 66 retail mall, Wujiang Road pedestrian street and Jing’an Foreign Language Primary School.

Sculptures not to miss include “We Are The World,” which aligns with the coronavirus outbreak, this year’s most resonant topic.

The work by China’s A.R.T. Institution consists of five boats filled with people in protective outfits, as well as animals such as zebras, pandas and dogs, a Noah’s Ark metaphor signifying global unity in the fight against the pandemic.

Artists in the exhibition say they’re paying tribute to this fight and hope to spark reflection on the relationship between humans and nature.

Richard Long, a renowned con - temporary artist from the United Kingdom, brought his “Four Ways” sculpture to Shanghai. Made of slates, it’s shaped like a cross and with a rustic quality reminiscent of mountains, rocks and untouched land.

Cameroonian artist Pascale Marthine Tayou addresses the fate of human beings and the notion of a global village in his work. His sculpture, “The Talking Tree,” is made of plastic, metal and cement, and based on the African tradition of a talking tree where everyone is free to express themselves. 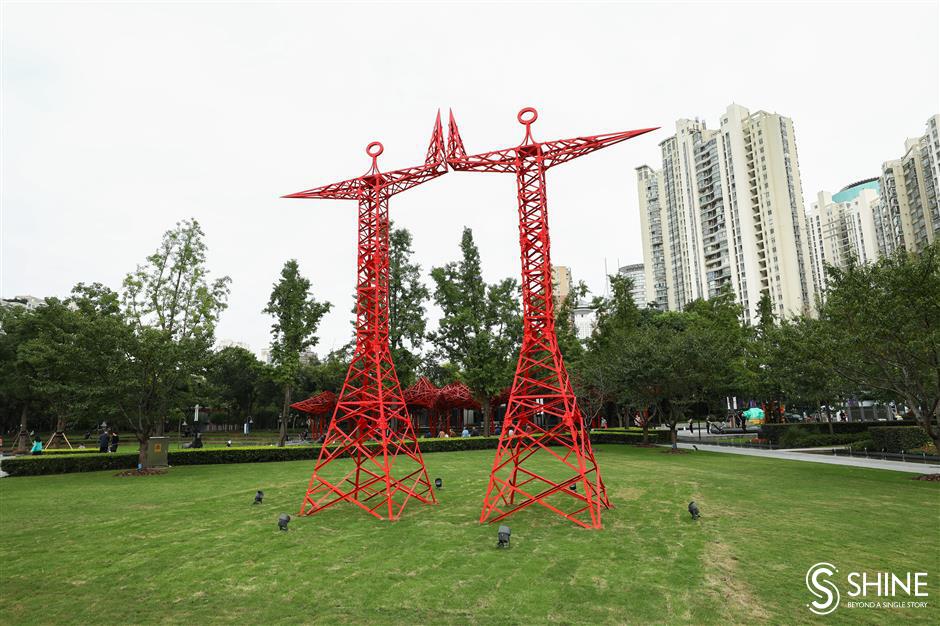 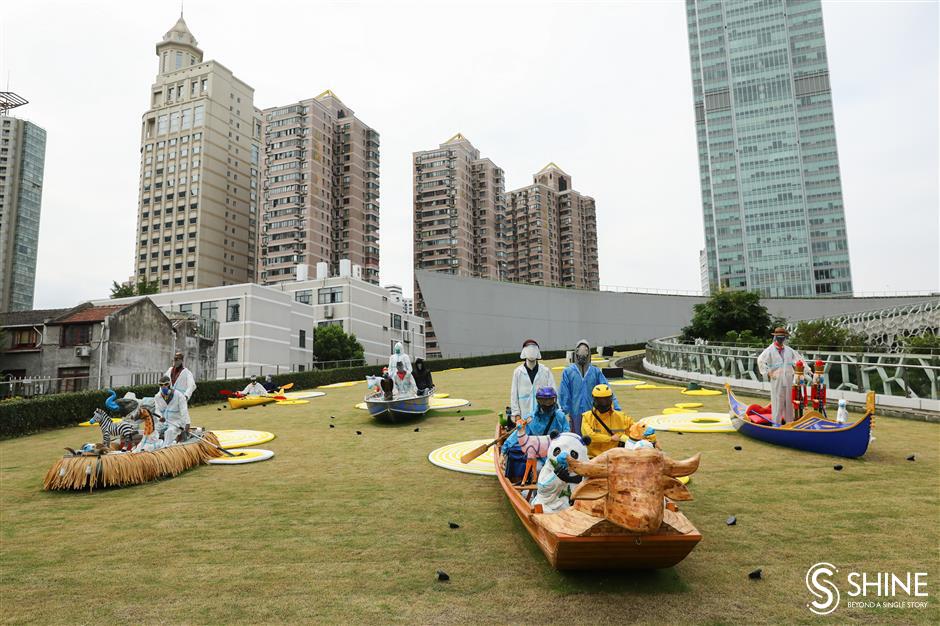 “We Are The World” by China’s A.R.T. Institution

Mexican Pedro Reyes’ “Unite” is a giant red steel sculpture crafted as two people standing together with a “give me five” gesture. The sculpture explores interpersonal relationships as well as individuals and the society. He believes art is the most effective way to bring about social revolutions.

“Silver Mambo,” several giant bullet-size sculptures, was designed by Fake Studio, run by a couple of Chinese artists Fang Er and Meng Jing. More than mere sculptures, they’re also auditory installations that viewers can push to hear different sounds. The couple took recordings from daily life, such as noise from roads and construction sites, and embedded them into “Silver Mambo,” meant to reflect rapid social changes and represent a sign of the times.

“Reshaping Space” exhibits how personal memories can be combined with public spaces, and how people interact with artificial urban scenery.

Spanish artist Juan Garaizabal’s “Ever Time Gate” consists of 18 staircases leading to a door in the middle of the sky, symbolizing China’s open-mindedness to the world and the importance of traditional culture.

The fair runs through the end of 2020 and includes live music, flash mobs and photo competitions as well.