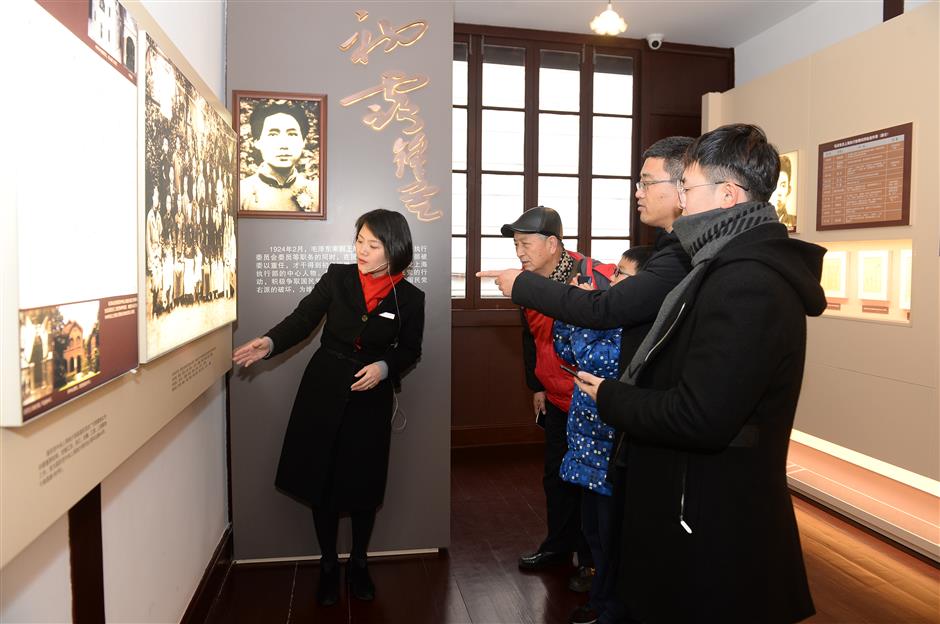 A flag-raising ceremony held at the memorial site of the Second National Congress of the Communist Party of China was among the 10 events recognized on Friday.

On every National Day since 2009, hundreds of people have attended the annual ceremony, wielding national flags and singing national anthems in unison with special guests such as Zhang Shihua, nephew of Zhang Renya, an early Party member, who protected the first Party constitution.

A class offered by the Peking Opera at Zhabei No. 1 Central Primary School was also recognized. The school has taught students to sing songs from popular operas, such as “Sha Jia Bang,” “The Red Lantern” and “The Taking of Tiger Mountain,” which tell stories of brave and fearless Party members. 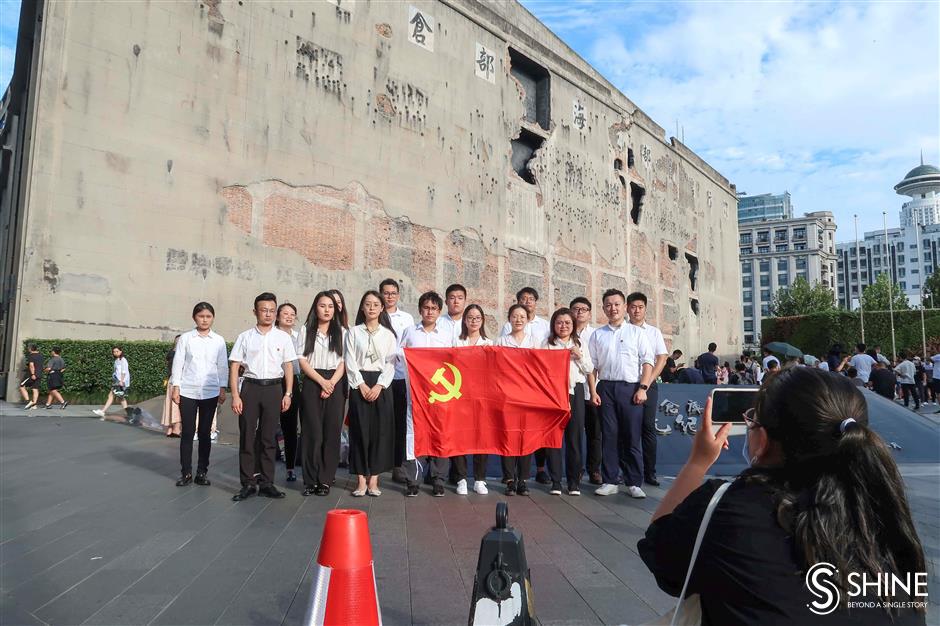 The Sihang Warehouse Battle Memorial has extended its hours thanks to becoming a new hotspot following the release of the Chinese war epic “The Eight Hundred.”

The blockbuster movie centers on the Battle of Shanghai in 1937 and the fierce four-day fighting between Chinese and Japanese forces at Sihang Warehouse along the Suzhou Creek.

The film has raked in nearly 3 billion yuan (US$443 million) at the box office since its August 21 release.

The memorial — located at 21 Guangfu Road in Jing’an — is now open from 9am to 6pm every day except Mondays. Admission is free as are guided tours around the memorial. Online reservations are required.

At the memorial, the battle is “reenacted” with life-size figures using 3D holographic projections and audio effects, enabling visitors to experience the harrowing sensation of “stout resistance” and “raging flames.”

Visitors can also view remnants of the battle at the memorial’s west wall, where eight bomb and more than 400 bullet holes remain. 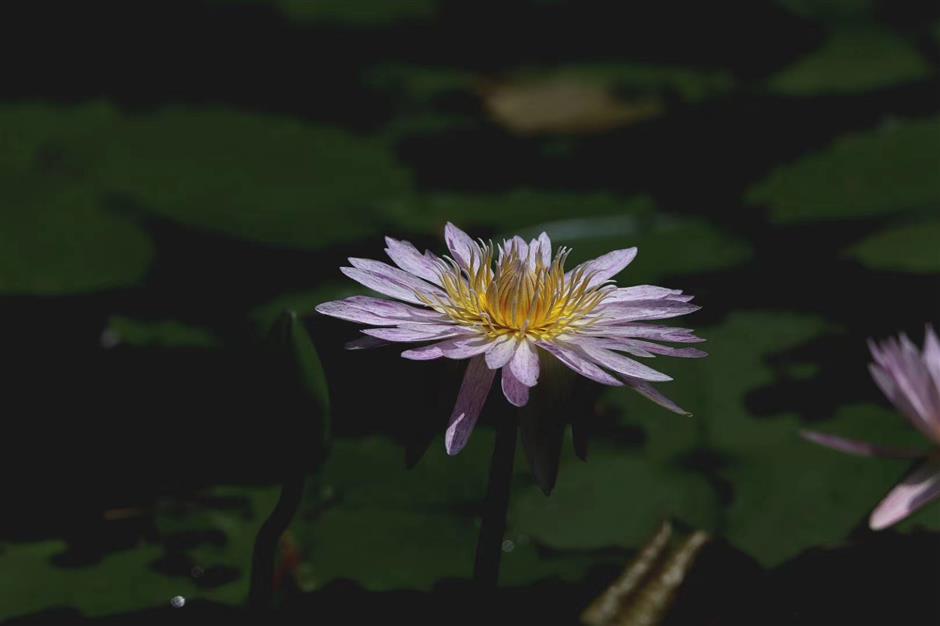 Water lilies are in full bloom in Jing’an Park, creating an idyllic landscape in the bustling downtown area. Nineteen varieties burst into a kaleidoscope of pink, purple, blue and white on the pond in the center of the park.

Tan-Khwan, a water lily from Thailand, blooms in deep pink hues. Another variety, Wanvisa, is dubbed the king of water lilies and blooms in both pink and gold.

According to the Jing’an greenery authority, September is the best time to enjoy the beauty of water lilies. On sunny days, they bloom from early morning until noon.

Children in Daning Road Subdistrict experienced a day in the life of express deliverymen to learn about their hardships. They wore uniforms and protective gear, including helmets and reflective vests, and learned about traffic rules before hitting the road. Later, they went to Daning Life Hub where they sent chopsticks and spoons to retailers promoting the health benefits of using serving utensils. Subdistrict officials said they hope children learn to care about those who are often overlooked in daily life. 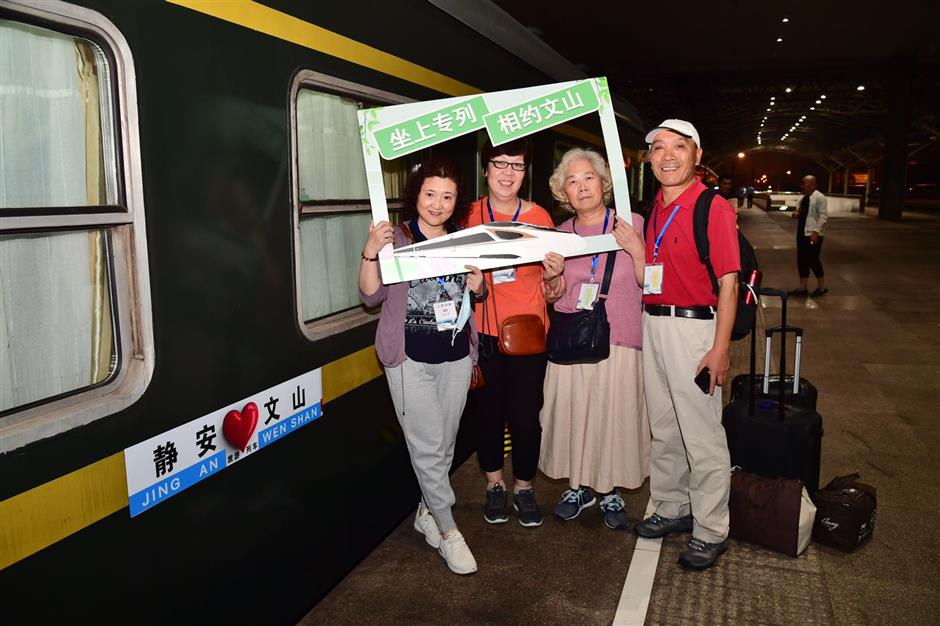 It marks the first time a customized train has shuttled people from Shanghai to Wenshan for the sake of poverty relief. Passengers will spend 14 days in the scenic area.

Authorities in Jing’an assigned to assist with Wenshan’s development and the China Railway Shanghai Group designed the trip. Essential oil company doTERRA, whose regional headquarters are located in Jing’an, financed the rail service.

Yunnan has rich biodiversity and supplies doTERRA with fine materials, but some of the province’s remote areas aren’t well known and tourism helps boost local economies. 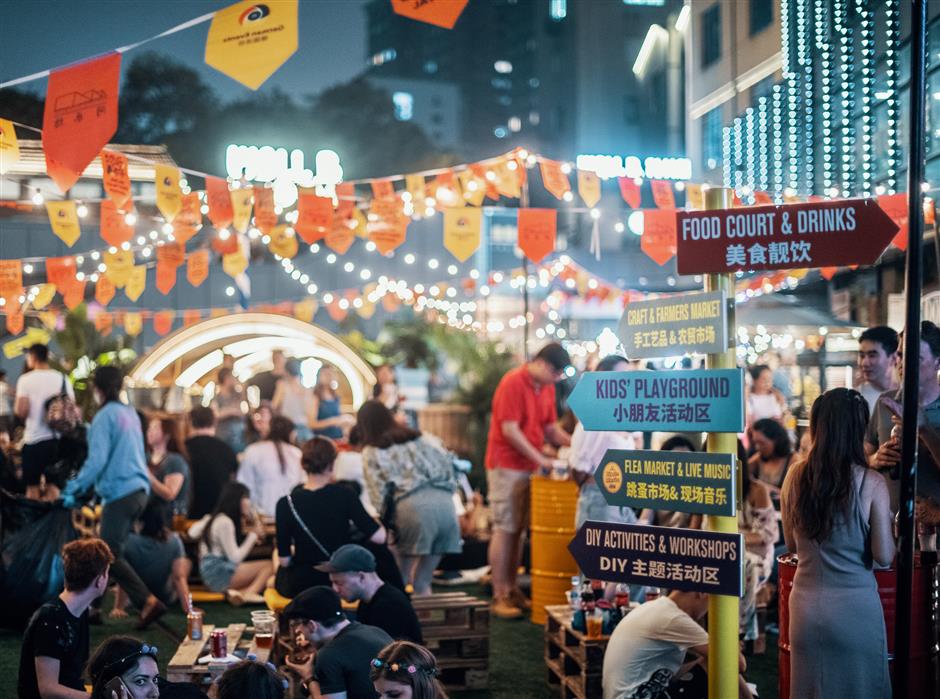 The New Factories hosts a free exhibition about the site’s history that runs until October 21. It’s a popular destination among local trendsetters with foreign companies making up nearly a third of the industry park’s occupants. A century ago, however, the triangle-shaped site in northwest Jing’an was a densely populated community, dotted with residential buildings, stores, factories and warehouses. Texts, photos and relics such as local maps, biscuit boxes made by local factories and tickets to local theaters are on display. 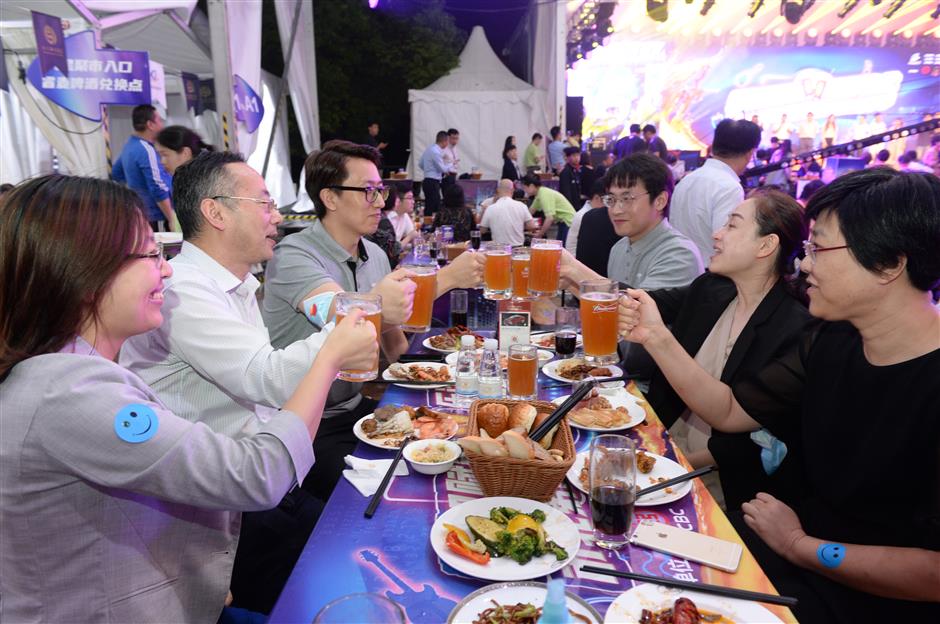