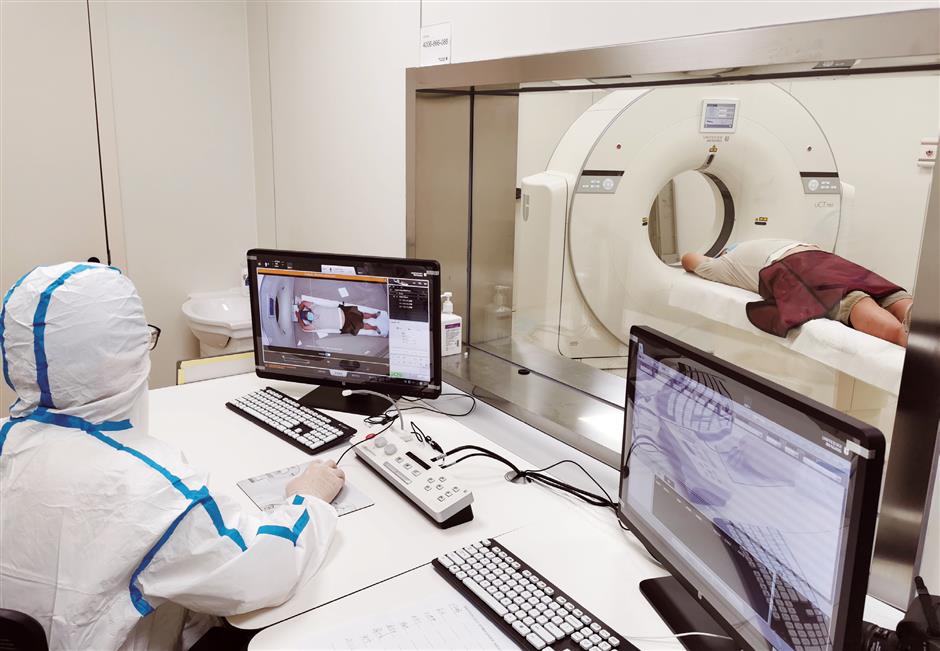 A doctor scans a patient at a local hospital in Putuo District.

Putuo District’s health commission has mapped out a raft of new measures to cope with any future epidemic on the back of the recent coronavirus pandemic.

The Putuo District Health Commission said it will enhance its rapid response and joint prevention and control mechanisms and focus on the facilities, talent, information, public opinion response and guidance. A total of 83 tasks in four categories have been mapped out to achieve the goal.

To aid the city government to achieve the goals, Putuo has launched a three-year plan focused on the public health safety and major emergency response management system. An emergency operation and supervision system has been established to involve multiple government bodies.

An additional community health service center for residents will be set up in Wanli area.

A pediatric medical complex within the Children’s Hospital of Shanghai has been launched. Two city-level, two district-level and 11 community service centers have joined the complex to open demonstration pediatric departments, while improving the efficiency of the medical services for children. 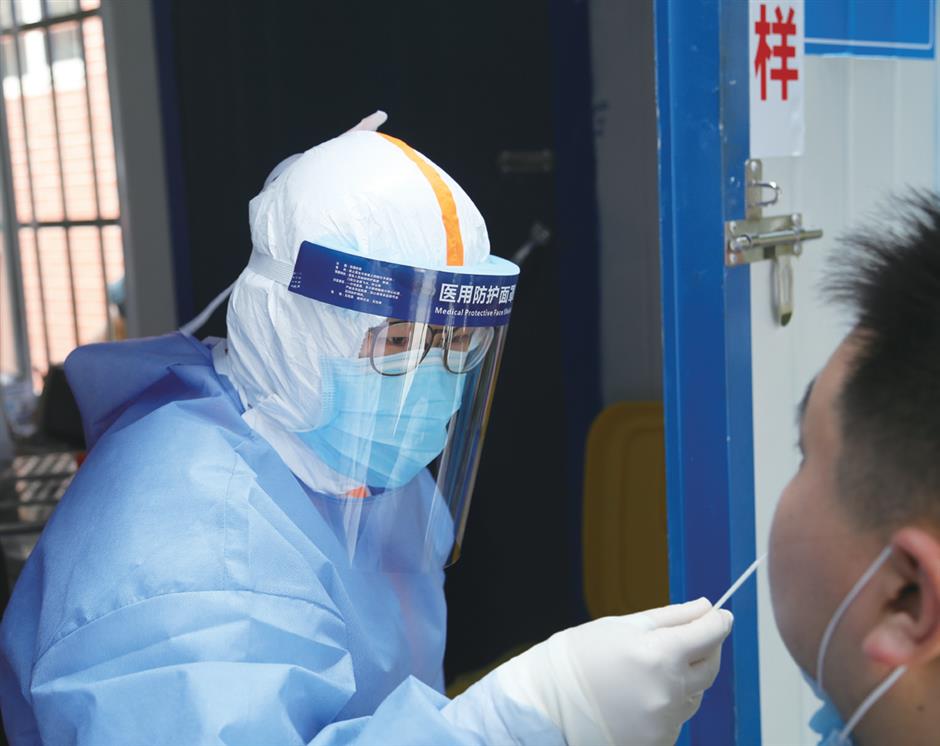 A deep-throat saliva sample is taken for COVID-19.

Several smart health stations, with wide applications of new technologies, such as big data analysis, have been developed across Putuo to shorten the distance between general practitioners and residents. People can receive 13 health checks, including a lung capacity, power of gripping test and a health report.

Led by the health commission, eight such smart stations were built in the district last year, including Changzheng and Taopu towns as well as subdistricts of Changfeng, Yichuan, Shiquan, Changshou, Caoyang and Zhenru.

Putuo will further enhance the standard of its disease prevention and control center, while optimizing disease detection and monitoring networks by the end of the year.

Renovation work will be conducted on Putuo CDC laboratories to enhance biological and biochemical safety.

Upon completion, the labs will have 525 testing skills by the end of this year and 630 by 2030. Recruitment plans will be launched later this year for the upgraded labs.

To cope with the ongoing pandemic, at least three more district-level comprehensive hospitals in Putuo will be equipped with labs for polymerase chain reaction testing, a technology used in nucleic acid tests for coronavirus.

The Putuo Central Hospital and Putuo People’s Hospital have completed construction of the labs and are carrying out PCR testing. Those secondary hospitals in Putuo will have standard fever clinics by September.

The commission has allocated special funds for the construction of fever clinics, PCR labs and fever monitoring sites since April this year. Ten community health centers had been equipped with monitoring spots for patients with a high temperature by the end of June.

To further optimize the categorized medical system, Putuo released an action plan to improve medical standards and meet the rising demands of its citizens. As a consequence, a number of characteristic specialized departments have been set up at Putuo hospitals.

Putuo launched a new round of clinical medical department selections last year and highlighted a series of departments with excellent services and skills as well as outstanding research and teaching abilities.

The first series of characteristic departments included the cardiology ward of Putuo Central Hospital, and the rehabilitation department of the Putuo People’s Hospital.

The hospice care department of the Liqun Hospital was also listed as one of the key projects.

Liqun Hospital, on Taopu Road, has created 27 hospice care beds along with evaluation and caring rooms. A professional team of over 30 medical workers has been established at the hospital.

Traditional Chinese medicine will play a key role in Putuo’s medical service system in the future. The district launched the campaign in 2018 to help venerated TCM doctors to set up workshops and offer medical services in Putuo.

A group of young apprentices have been in training thanks to the series of workshops set up by the hospital’s senior doctors.

Putuo’s health commission will continue to support and nurture such TCM workshops and specialized TCM departments.

Another set of new workshops and departments will be developed in cooperation with Shanghai TCM Hospital. A new workshop, led by renowned TCM doctor Shen Pi’an, was established at Putuo People’s Hospital earlier this year.

Meanwhile, to promote the city government’s campaign to help solve people’s health problems through a single website, 18 public hospitals and medical institutions in Putuo are producing an electronic invoice and allowing mobile payment through an app.

Putuo District Central Hospital issued the first electronic invoice in the district in May as part of a trial to simplify procedures for patients.

Compared with traditional paper invoices, they are environmentally friendly and more convenient for patients to check, print and collect. Patients previously had to queue to get a paper invoice. Shanghai is trialing the system at six local hospitals.

Patients can check and print invoices via the hospital’s WeChat account, or at self-service machines at its outpatient and emergency departments. Volunteers are on hand to help patients use the machines.