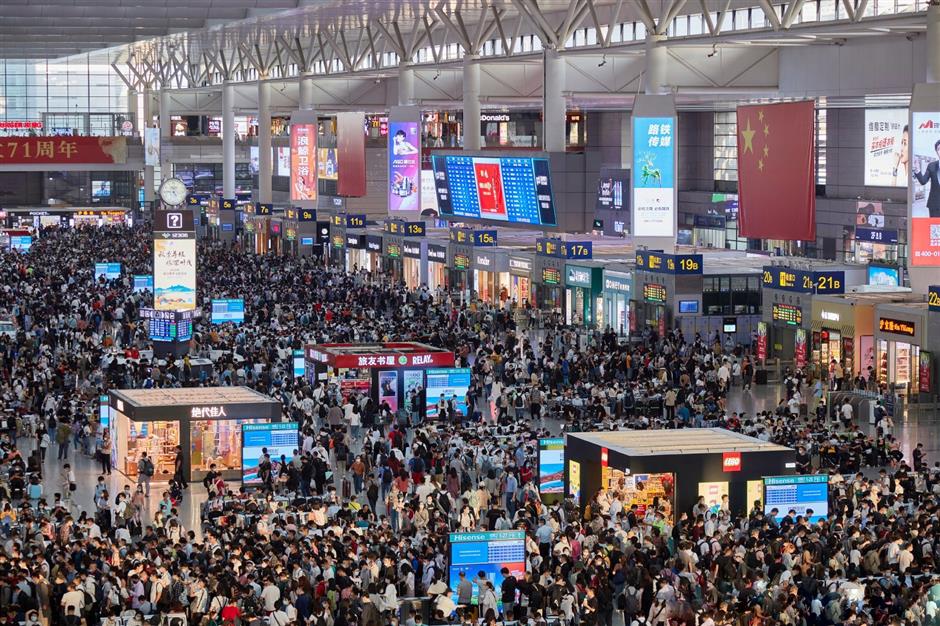 Railway stations in Shanghai are crowded with passengers on Thursday. 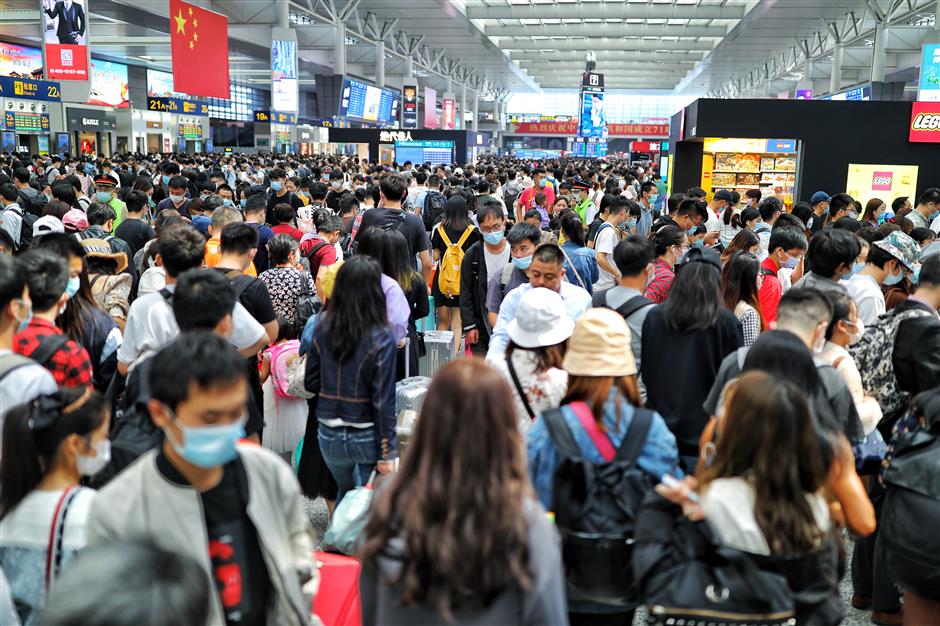 An estimated 563,000 passengers are expected to board trains in Shanghai on Thursday, the first day of the National Day holiday and also the Mid-Autumn Festival, according to China Railway Shanghai Group.

The figure is close to the daily record high which was 596,000 on October 1 last year.

An extra 49 trains have been arranged for Thursday, bound for popular destinations such as Jiangxi, Fujian and Anhui provinces. 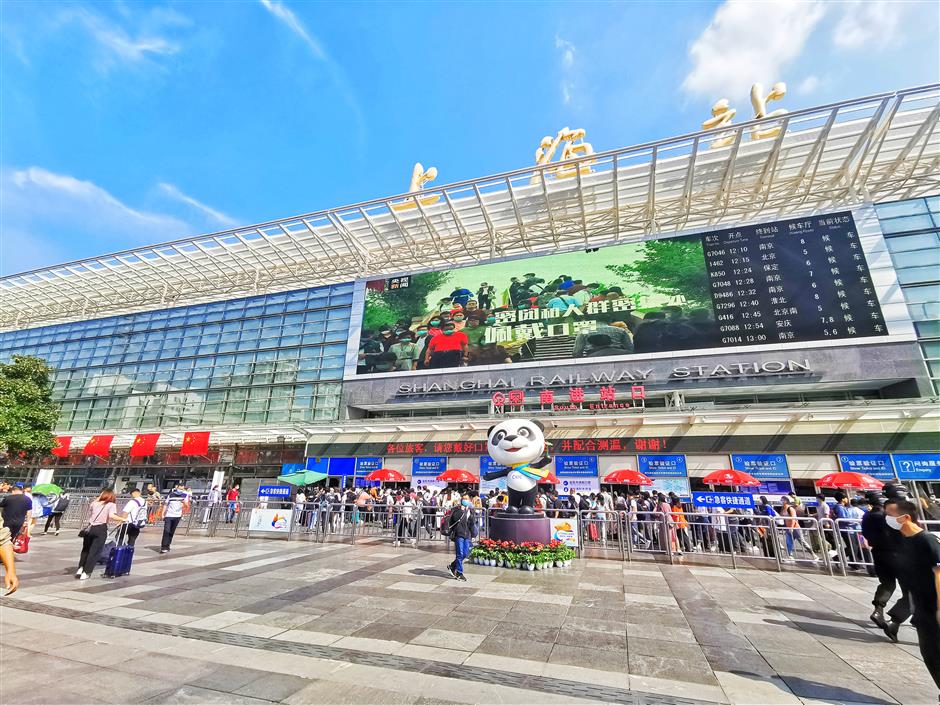 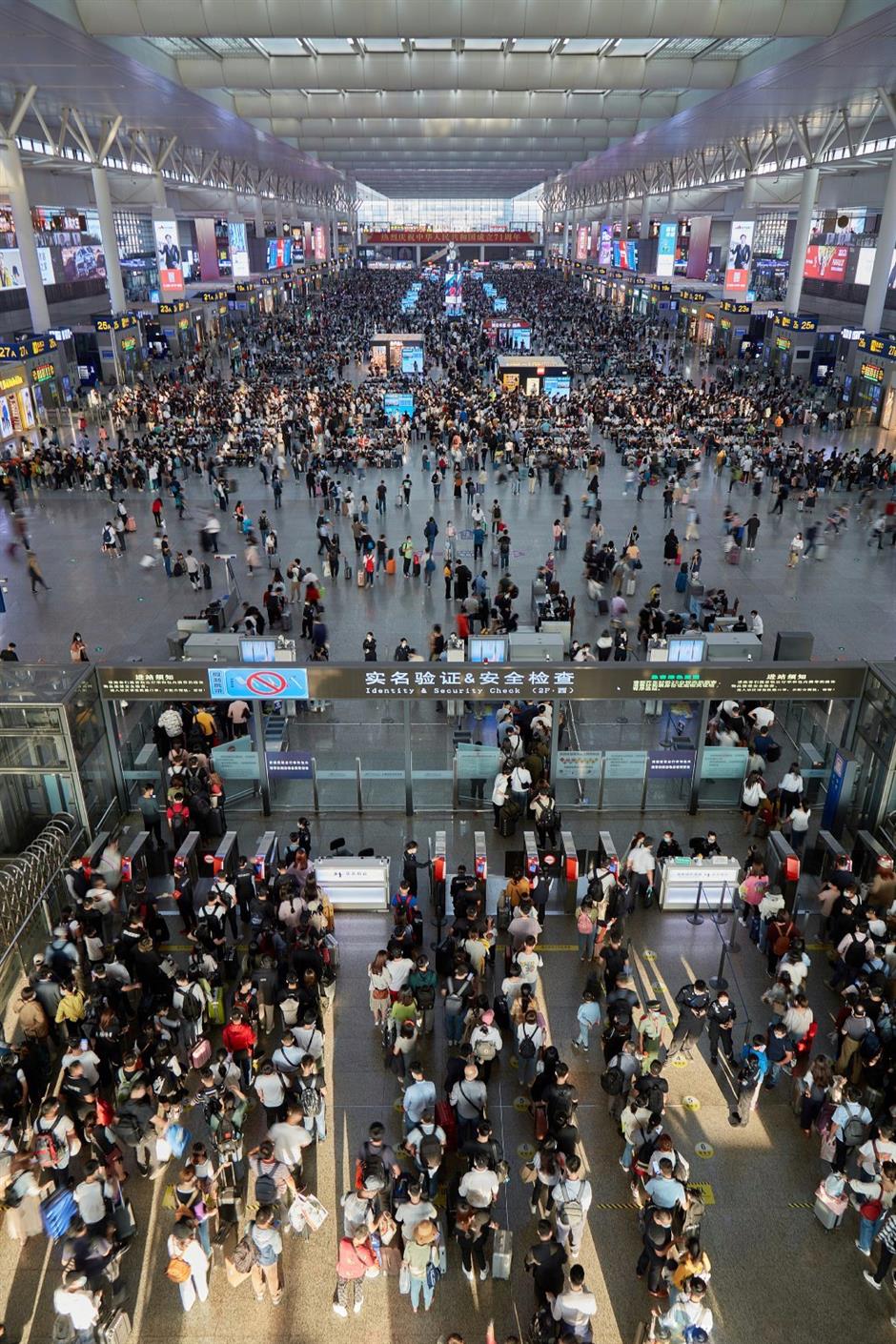 Railway stations in Shanghai are crowded with holiday travelers. 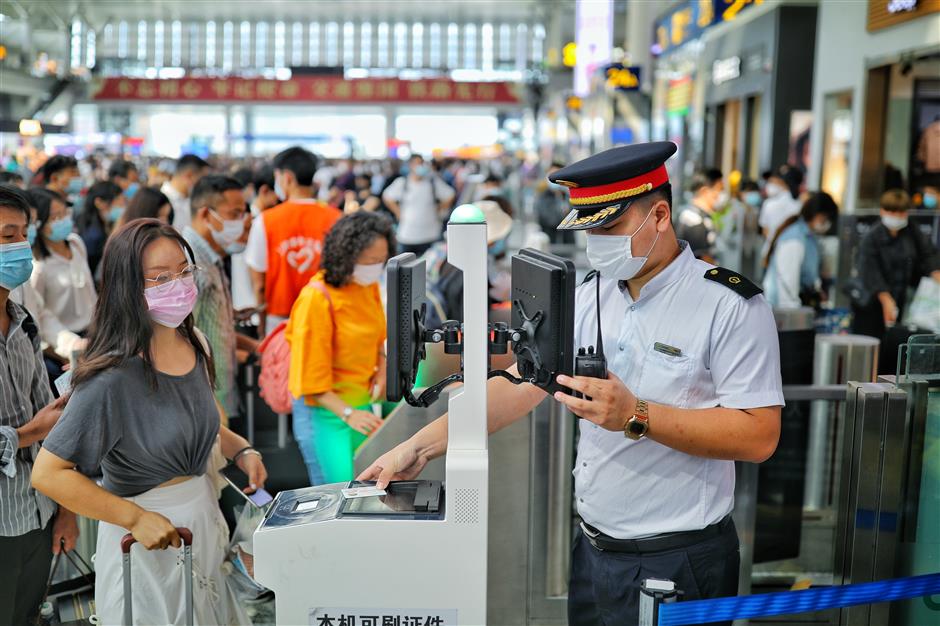 A worker helps a passenger scan her ID card at Hongqiao Railway Station.

Tickets to long-distance destinations such as Hunan, Jiangxi, Fujian and Hubei provinces have been nearly sold out for the day, the group said.

Rail passengers are required to have their temperature checked at railway stations and wear masks throughout their trip.

More than 3.3 million rail trips are expected via Shanghai during the holiday travel peak, nearly 80 percent of the same period last year, the group announced earlier.

The rail travel rush for the eight-day holiday lasts 11 days, from September 28 to October 8.

Many Chinese tourists are taking domestic trips during the holiday because of the COVID-19 pandemic, while ticketing incentives offered by some domestic destinations are also boosting rail travel, the group said.

The combination of people visiting family and those making business trips during the holiday pushes the total up further, it said.

Travelers are expected to make a total of 22.22 million rail trips in the Yangtze River Delta region during the holiday peak, 76 percent of the same period last year. 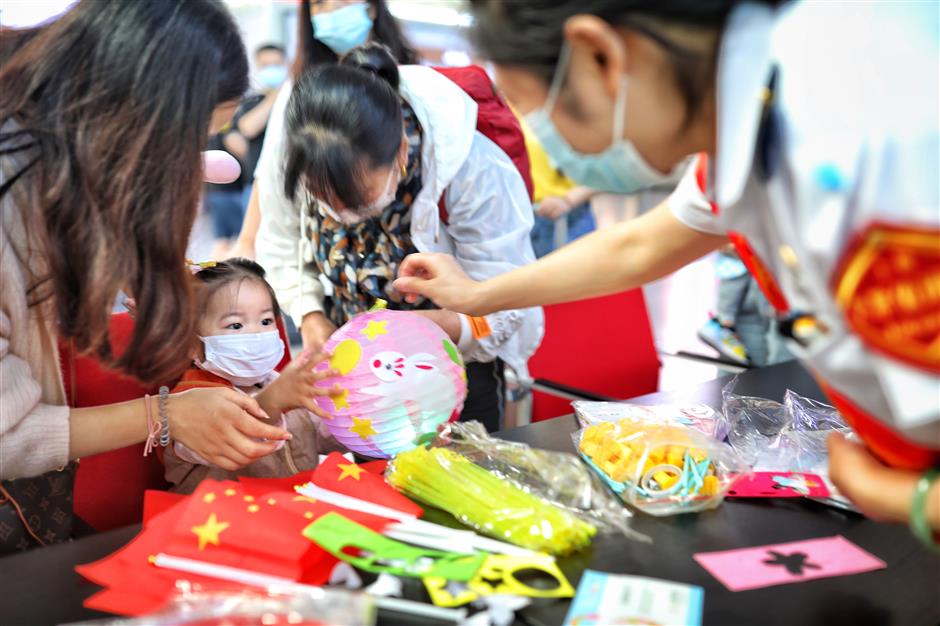 A girl receives a lantern at Hongqiao Railway Station on Thursday. 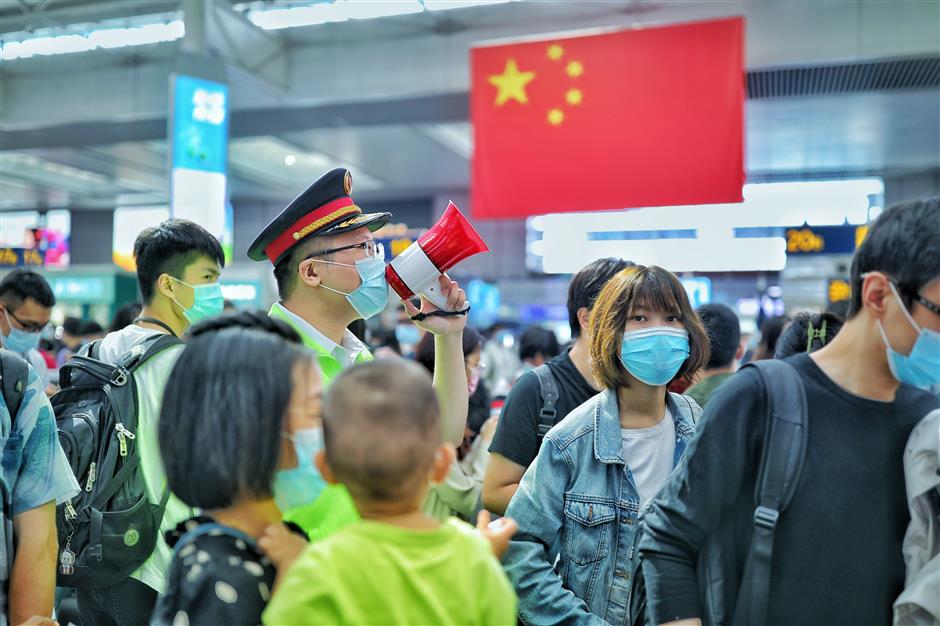