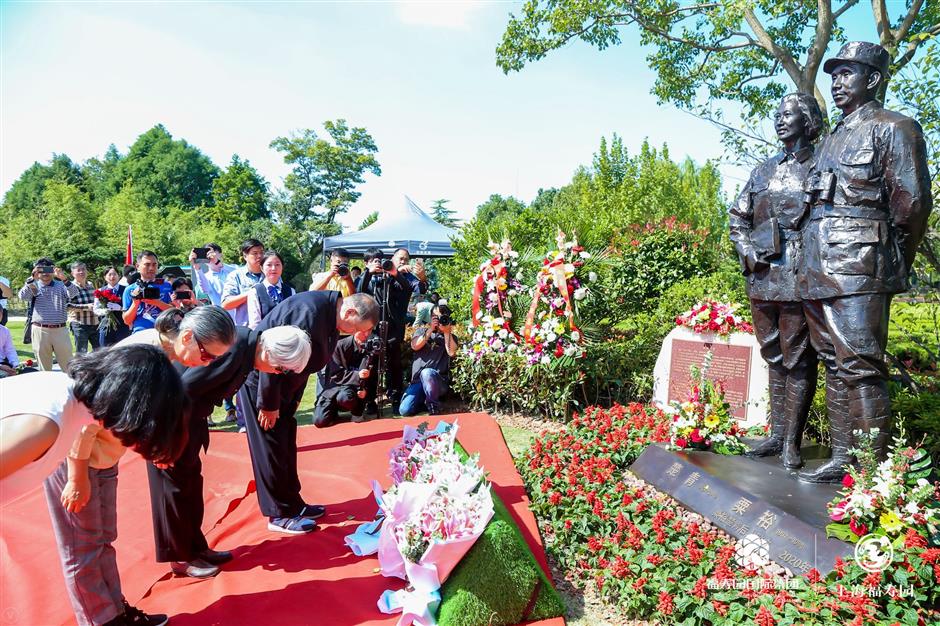 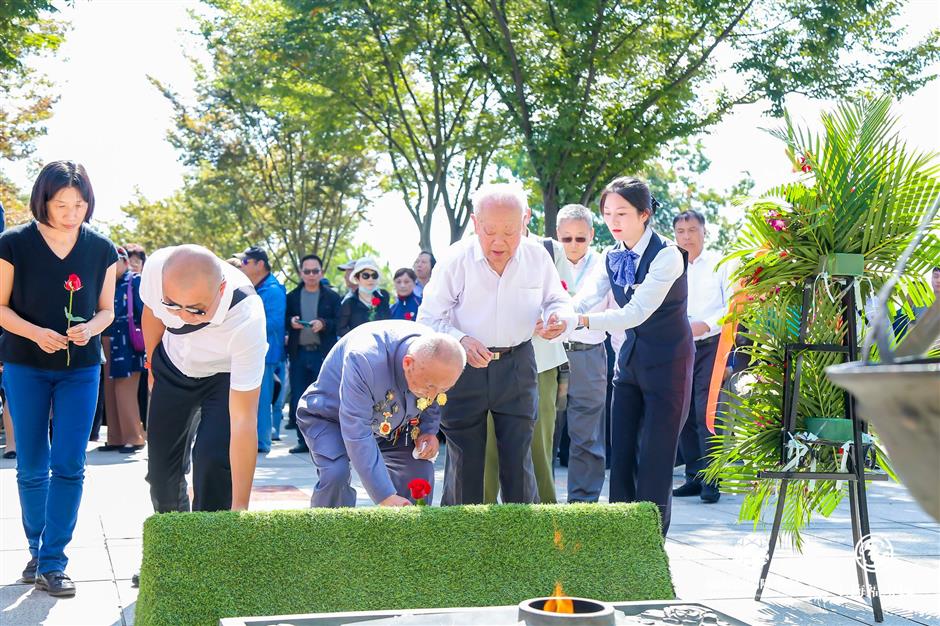 A special tribute ceremony to Su Yu (1907-1984), a Chinese military leader, was paid at Shanghai Fushouyuan Cemetery in Qingpu District on Monday.

Su's family donated spectacles and a watch used by Su to the Humanism Memorial Museum inside the cemetery on Monday. These items will be displayed to the public.

On the square's memorial wall, the names of more than 7,700 soldiers of the army are engraved.

This year marks the 75th anniversary of the victory of China's War of Resistance Against Japanese Aggression and the World Anti-Fascist War.