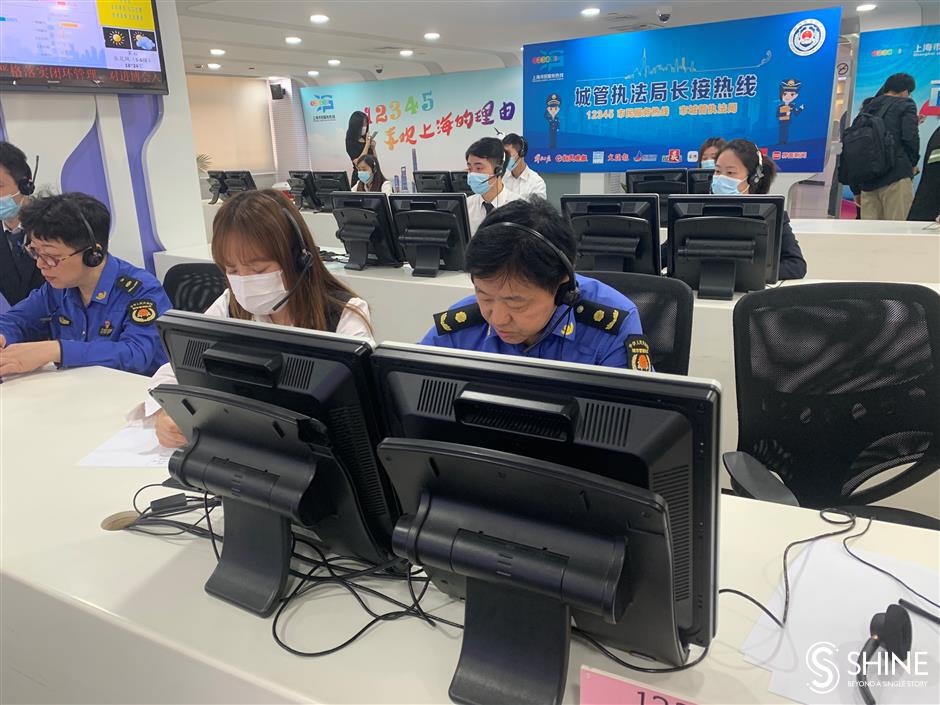 Public sanitation, illegal structures and property management were the top three areas of complaints received by the city's urban management and law enforcement authorities via 12345, the city's public service hotline, in the first eight months of this year, officials revealed on Tuesday.

Between January and August, the city's urban management and law enforcement authorities received 84,098 complaints via 12345, down 22.5 percent from the same period last year.

Until Friday, heads of the urban management and law enforcement authorities at the city and district levels are answering calls from the public on the Shanghai's public service hotline.

"Most of the complaints were related to environmental problems at residential complexes such as illegal structure, accounting for 14 percent, and occupation of public areas," said Xu Zhihu, director of the Shanghai Urban Management and Law Enforcement Bureau.

"We are ensuring an immediate visit to the scene and will strengthen coordination with neighborhood committees and residential communities to further improve efficiency in handling public concerns," said Xu.

On Tuesday morning, Xu received a complaint from a resident in Changning District, claiming that damage to a load-bearing structure during renovation at an apartment inside a residential complex in the district posed potential safety hazards.

Officials arrived at the scene and issued a rectification notice to the property owner, ordering him to restore the structure within three days.

By taking calls, local authorities can hear the voices of the public directly and make residents get involved in city management, said Wang Jianhua, deputy chief of the hotline and director of the city's public complaints and proposals office.

"We plan to establish a database covering branches of property go-between agencies citywide and irregularities regarding licensing and information release will be particularly targeted," said Xu. 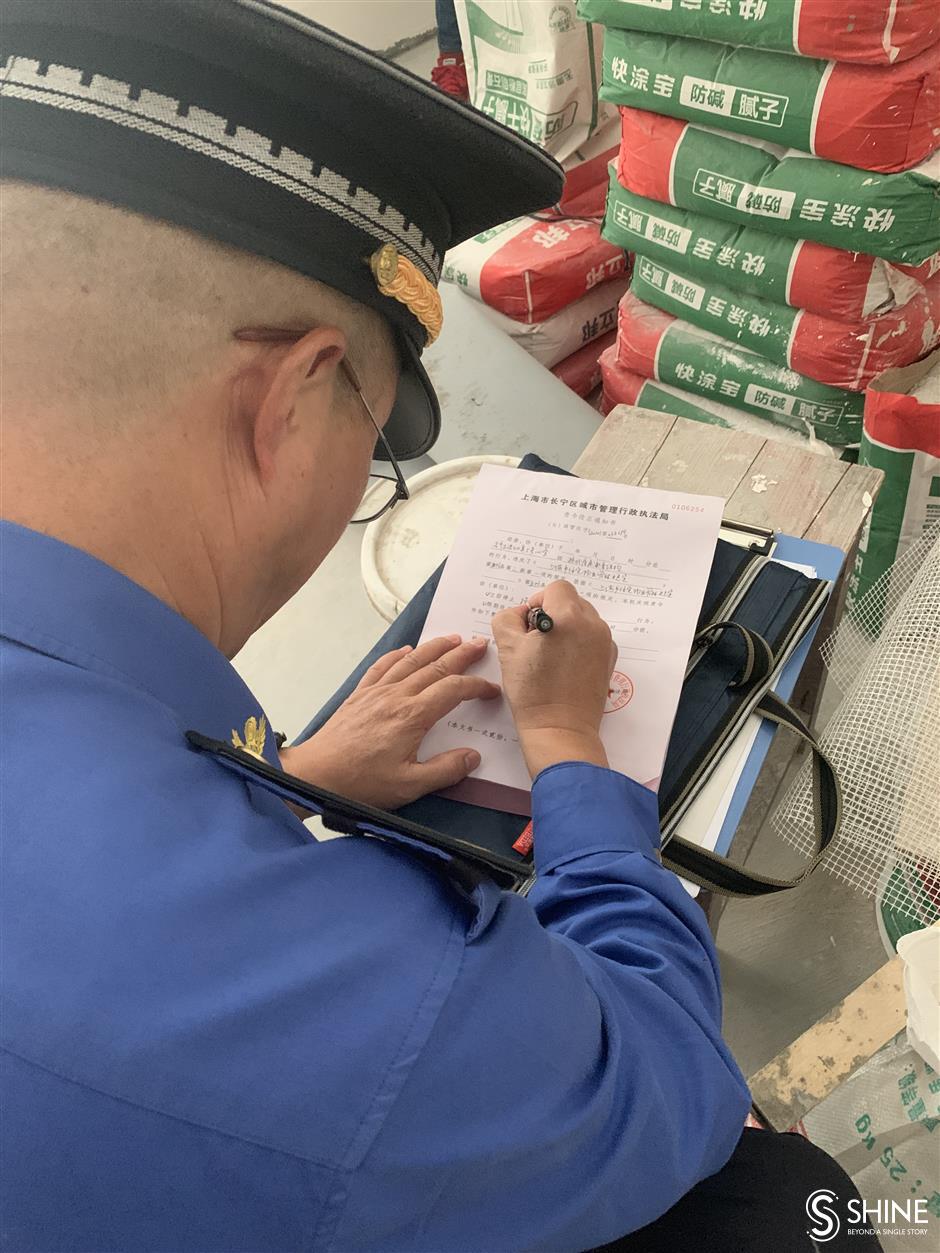 An urban management and law enforcement official issues a rectification notice at an apartment in Changning District following a complaint on the damage of a load-bearing structure on Tuesday morning.