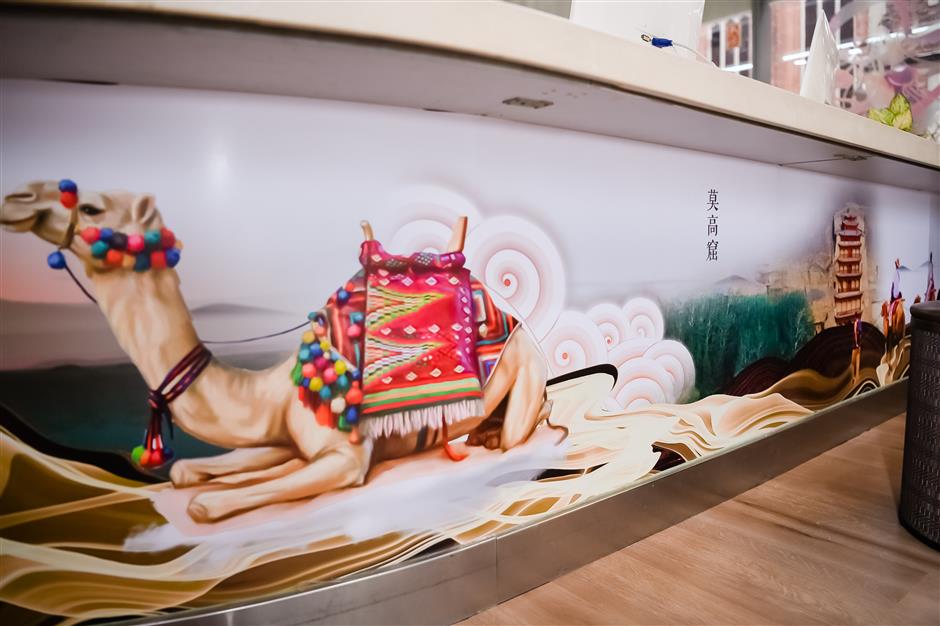 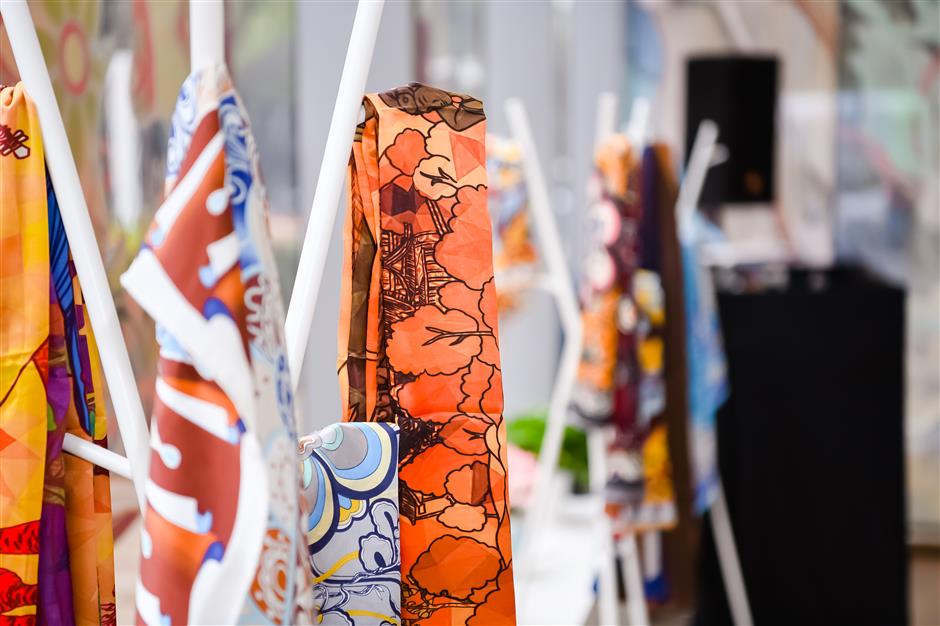 The center on Xizang Road M. features the traditional clothing and silk scarves of Dunhuang.

A cultural and tourism promotion center for Dunhuang, a city in northwest China’s Gansu Province, opened in Shanghai's Huangpu District on Friday, offering a glimpse into the city's tourism resources and unique traditions.

It was established by Dunhuang Cultural Tourism Group and Shanghai Spring Tour, which said it would launch more diversified tour itineraries to Dunhuang and organize photography and cycling tours in the city. 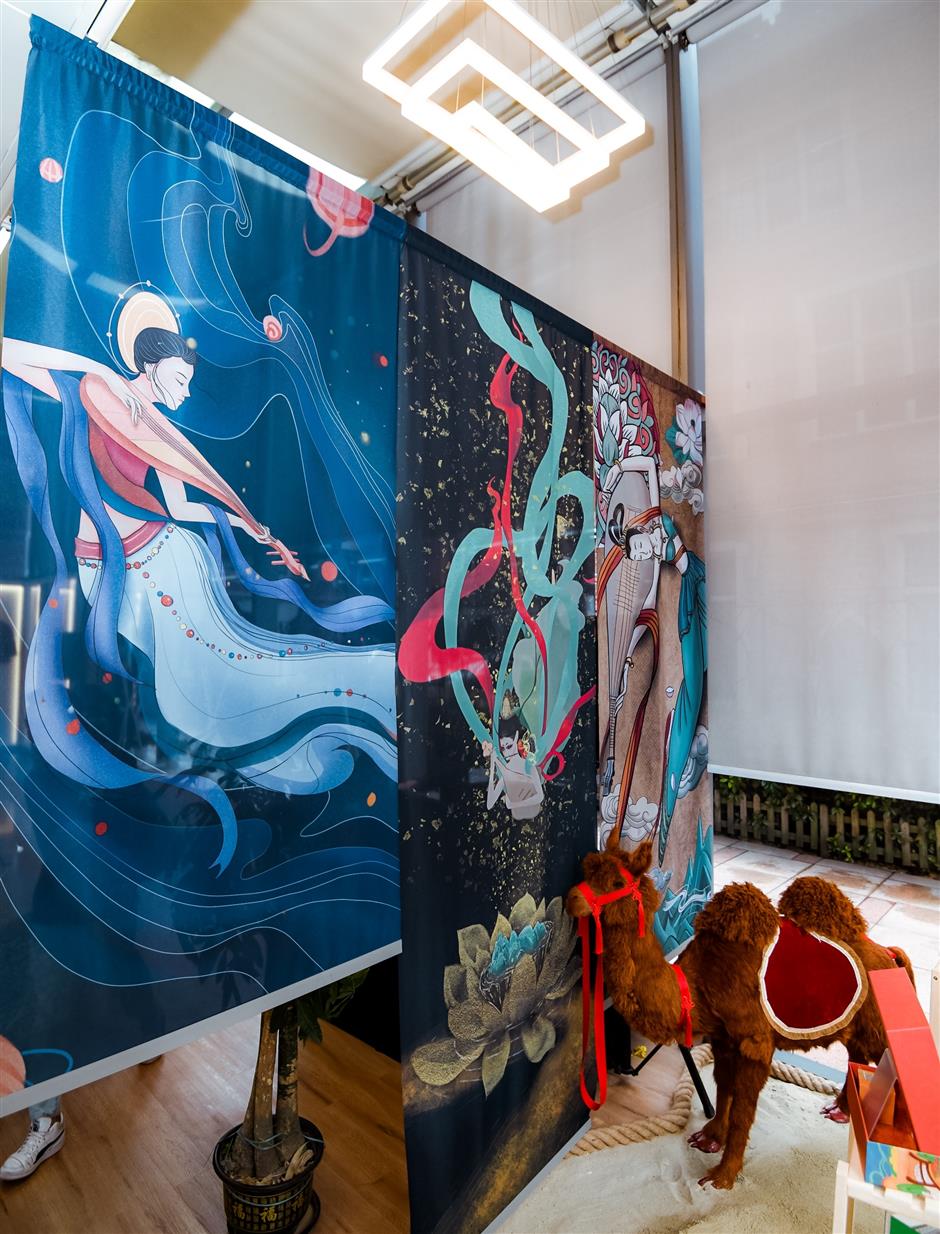 Pictures of Dunhuang frescoes adorn the culture and tourism promotion center in Shanghai. 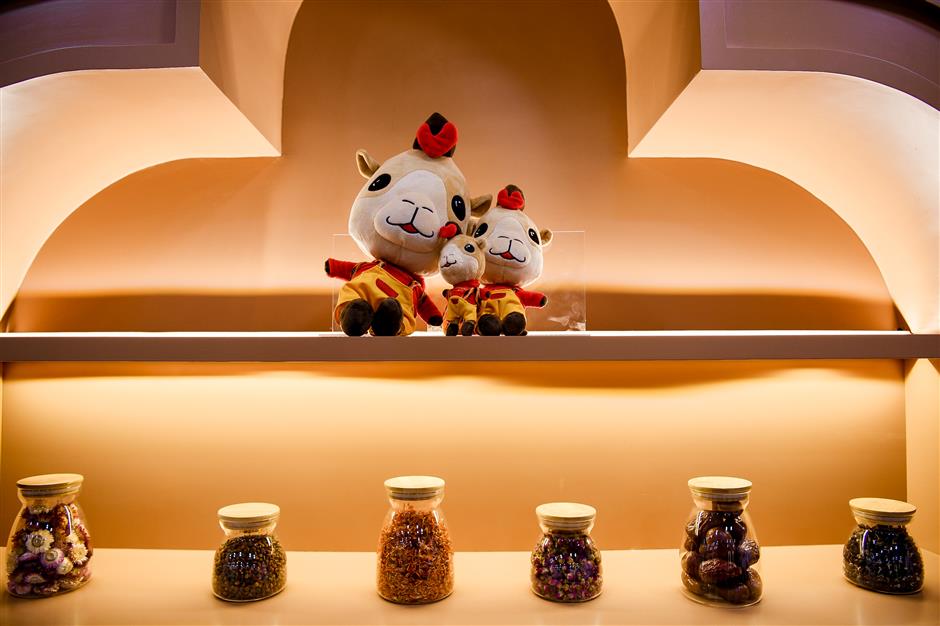 Dunhuang specialties are on display at the center. 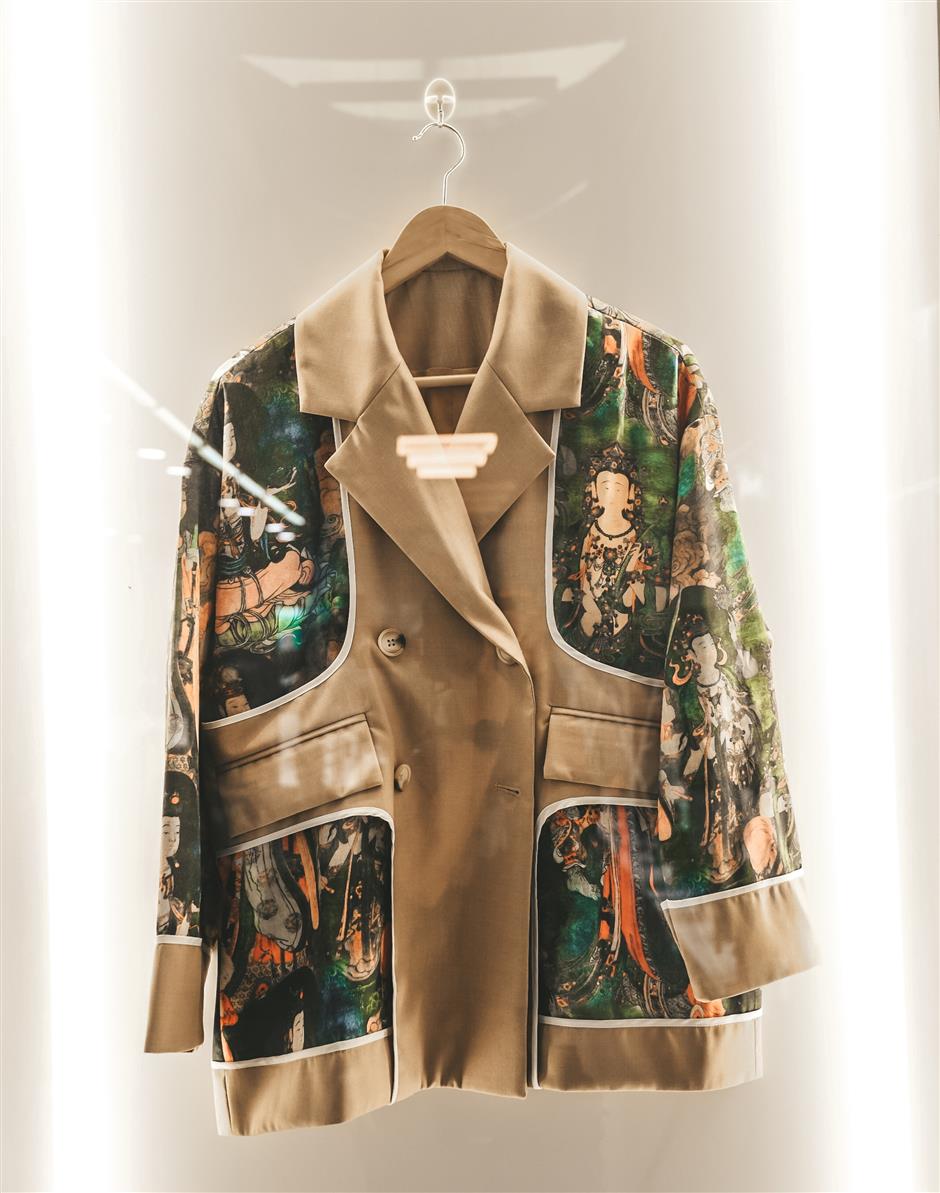