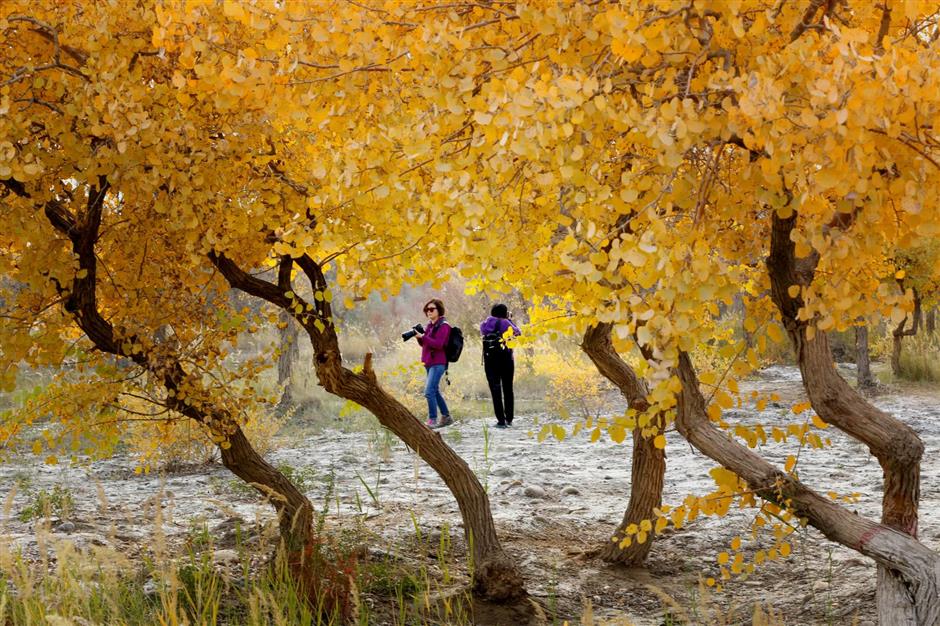 A photo competition and exhibition to promote tourism in Bachu County, Xinjiang Uygur Autonomous Region, has been launched.

Shanghai has paired with Xinjiang in a national program to assist in its development. Tourism support is part of the scheme.

During the tourism campaign, more than 1,000 photographers will take chartered flights from Shanghai to areas such as populus euphratica forests and the Red Sea scenic area in Bachu to capture its natural scenery, history and culture.

The first batch of photographers arrived in the county on Thursday night.

A hundred best photographic areas in the county will be chosen during the tourism campaign.

More than 10,000 photograph works will be sought, and a photo exhibition will be held in Shanghai in December, displaying outstanding works.

The exhibition will last one week, with free admission.

The event is jointly hosted by the Bachu direction office of Shanghai's assistance in Xinjiang, Bachu County Culture, Sports, Radio and Television, and Tourism Bureau and Shanghai Spring Tour.