Top marks for students in achieving reduction in food waste 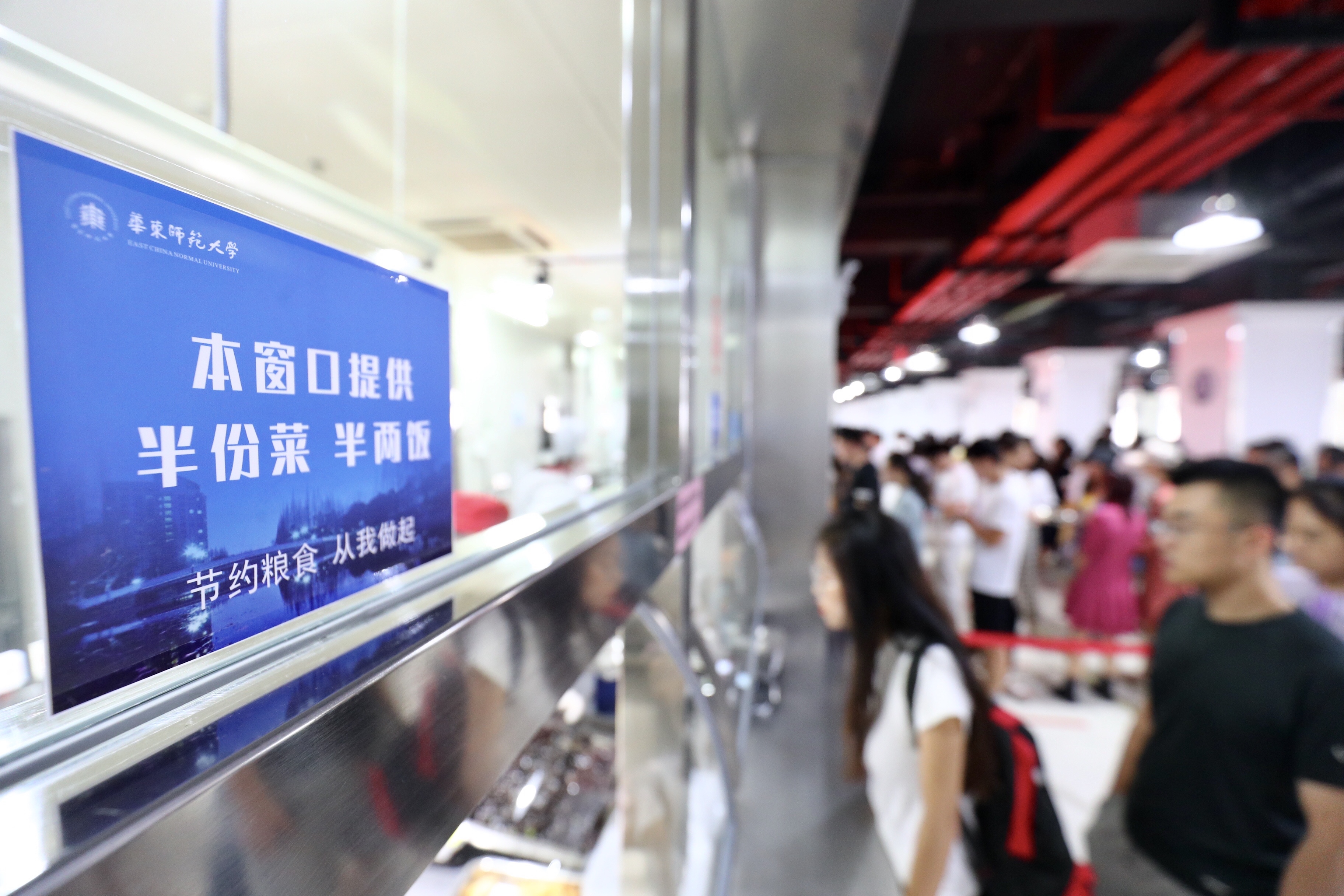 Shanghai universities are taking action in response to Chinese President Xi Jinping’s call to save food and curb waste.

At East China Normal University, initial success has been achieved as consumption in campus canteens has declined after measures including serving smaller sized meals.

According to Wang Xudong, manager of the university’s catering service center, an initiative was sent to all the students, including freshmen, in August, before the new semester began, and slogans were solicited to promote food-saving ideas. The slogans were later put on posters and banners on campus and in the canteens to remind people to reduce waste. Small gifts, such as fruits, napkins and chewing gum, are offered to those who finished all their food.

The canteens inside the university also began to offer meals of smaller sizes for diners with small appetite to reduce possible waste. For example, the smallest size for rice and noodles was 50 grams, or one liang in the Chinese measurement for weight. Now, diners can order 25 grams, or half liang. The price is also halved from 22 cents to 11 cents. Most dishes can also be offered in half of their original sizes.

Diners are encouraged to take their leftover food home.

The practice has been welcomed.

Chen Yanqing, a third-year major of computer science, told Shanghai Daily that she could not eat all the food previously even if she ordered the previous smallest size.

“The university canteens are very economical and they give us a large amount of food at a very low price,” said Chen. “But the smallest size was too much for me. Although the leftover food was worth little money, I felt sorry for the waste. Now we have smaller options, which I think is great. I ordered the half-size noodles for lunch today and finished all of them.”

“The amount of rice or noodles were not a problem for me,” he said, “but I could only eat two or three dishes for each meal when they were served only in full sizes. Now if there are more dishes that I like, I can order all of them in half sizes.”

Wang said the food consumption on campus has declined as the waste produced from the canteens went down.

“Take the largest three canteens on our campus on Zhongbei Road for example, 430 cans, each sized 120 liters, of wet garbage were produced in September last year,” he said. “Last month, the number was 322 cans, more than a 25 percent drop from the same period last year.” 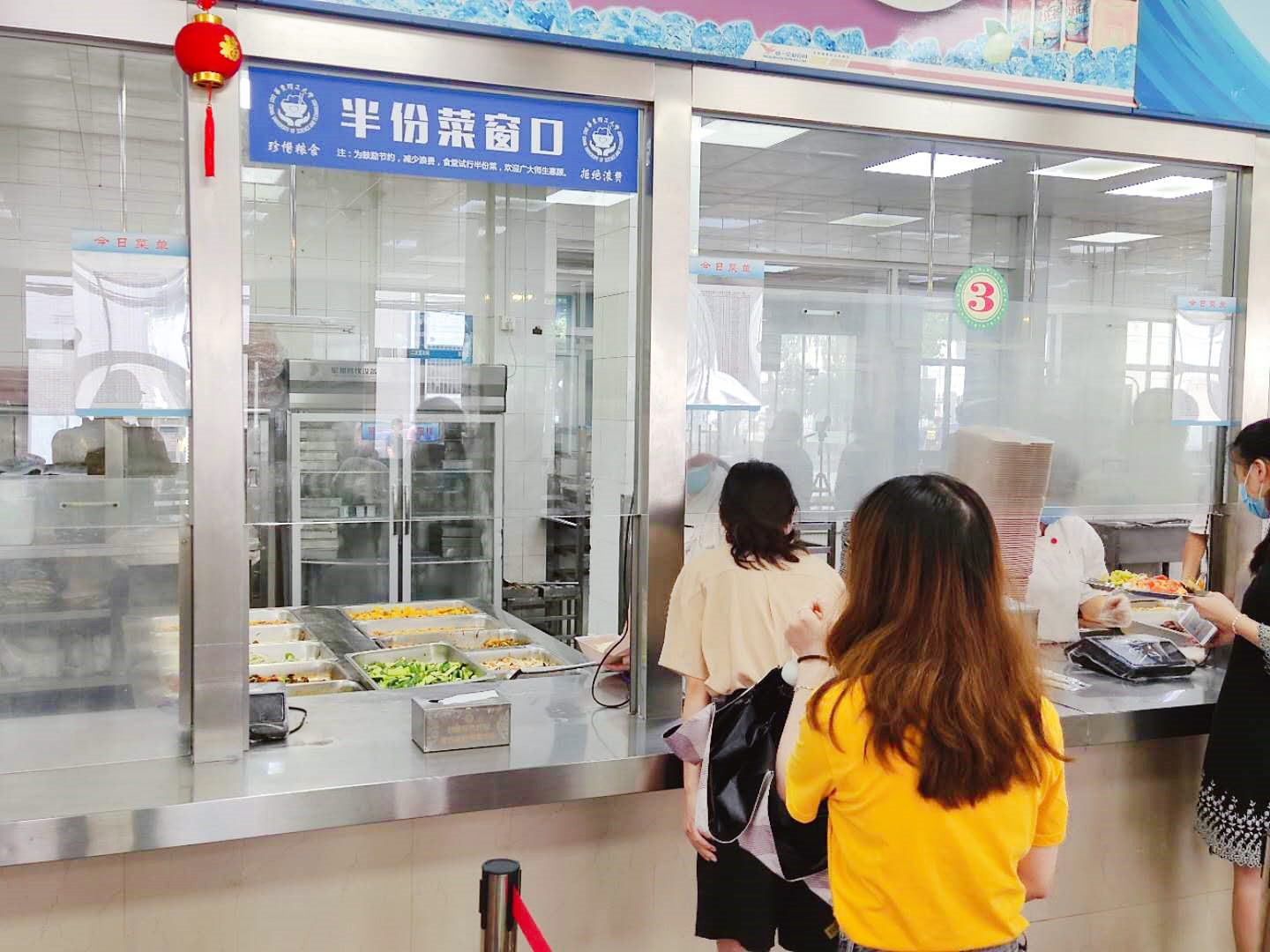 At East China University of Science and Technology, many students have collected 21 “empty-plate” stamps, which means they have finished all the food in meals for 21 days, and received awards including meal coupons and diet sodas.

As well as half-portion and half-priced food, the university canteens now also have self-service sections, where diners can pick food for themselves and pay according to weight.

The university said the wet waste in its canteens has also been decreased.