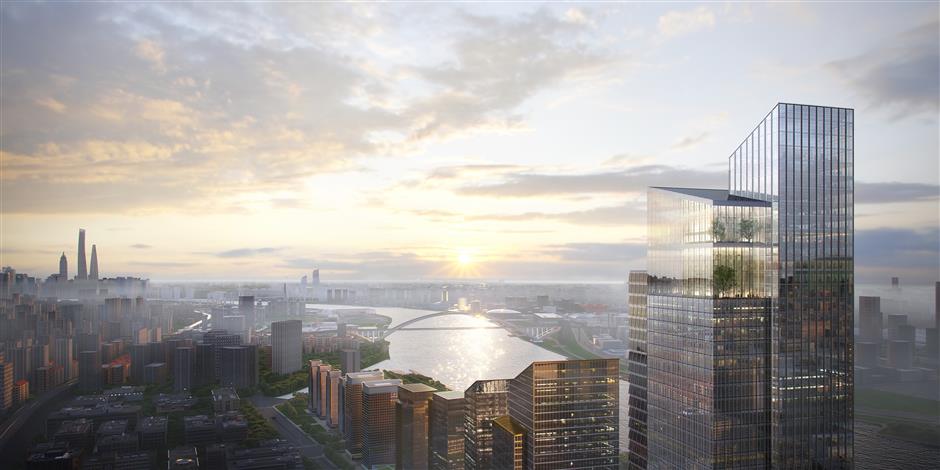 An artist's depiction of the future West Bund Financial Hub.

Construction has begun on the West Bund Financial Hub in Xuhui District, which will become a financial center to rival the Bund and Lujiazui.

Consisting of 28 plots, the project on the Huangpu River waterfront has a total floor area of around 1.8 million square meters, including office buildings, shopping malls, hotels, exhibition halls, communities and cultural and sports facilities .

The “next generation, financial hub,” which has some 1.2-kilometers of Huangpu riverbank, will blend five major themes of culture, energy, fashion, finance and technology,  according to Hong Kong Land, the project’s developer.

The renowned KPF architectural institute, which designed the Hudson Yards in New York, will take charge of the main planning and design.

The new financial hub will become the third round of development along the Huangpu River after the Bund and Lujiazui financial hubs in Pudong, the district government said.

As a highlight project, the former site of the Shanghai-Hangzhou-Ningbo Railway within the hub will be developed into a cross-river cable car station to become a new cultural landmark.

More than 40 clients in the financial and innovation sectors have negotiated with the developer to move into the future financial hub. Among them, 15 have signed memorandums of understanding.

Xuhui District is developing an ambitious plan to make the West Bund a leisure area, fenceless museum, financial center and an innovation incubator.

Over the past ten years the 11.4-kilometer waterfront has been transformed from a backwater dotted with walled-off factories to a rendezvous adorned with art venues.

The 8.95-kilometer section of the West Bund has been returned to the public, with 500,000 square meters of public spaces for people to jog, ride bikes and walk dogs.

The area reflects the city’s industrial heritage, once home to the city’s earliest iron, coal, grain and oil industries. The former coal wharf, cement factory and giant fuel tanks have been converted into popular cultural venues such as the Long Museum, West Bund Art Center and Tank Shanghai art park. 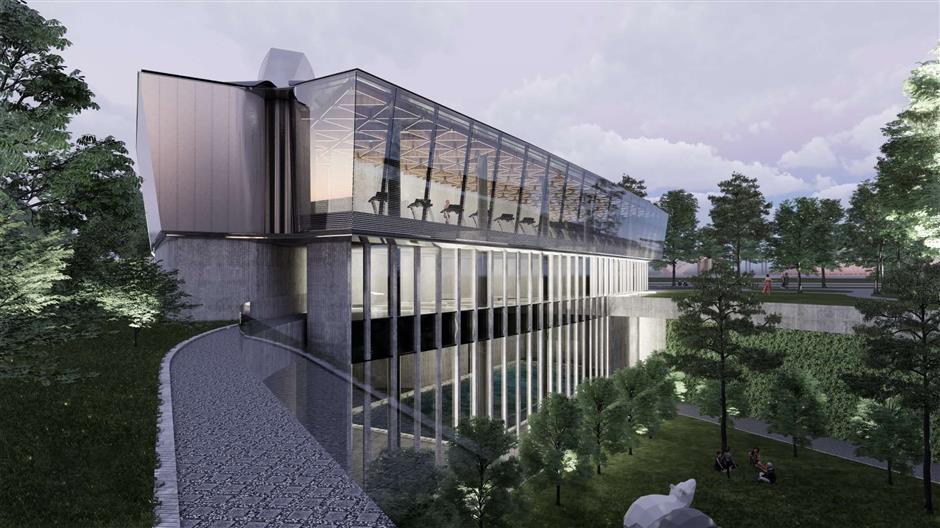 An artist's rendition of the West Bund Financial Hub. 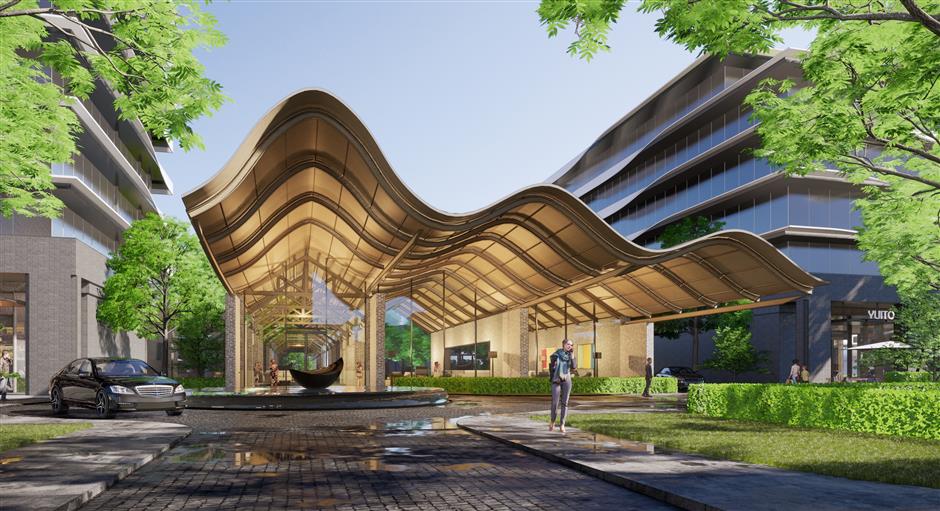 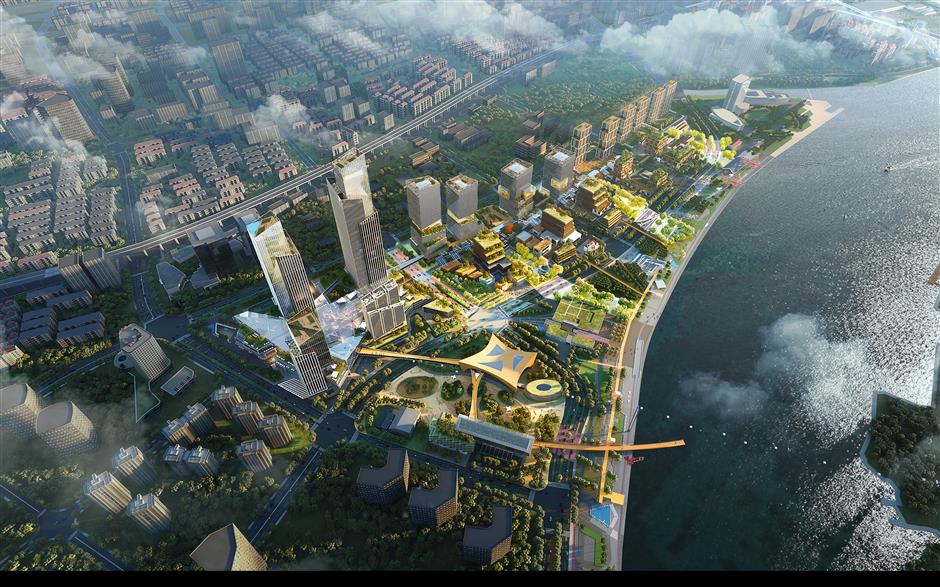 An aerial view of the proposed West Bund Financial Hub.