The relocation of an 85-year-old school building has been completed in downtown Huangpu District. It will be preserved as a cultural landmark.

The Lagena, or Rue Galle Elementary School, has been shifted to its new site in the northwest and revolved slightly, making it the city’s first relocation project for a historical structure through an arc rather than linear route.

The school was built in 1935 by the Municipal Board of the former French Concession in Shanghai. The five-story T-shape building represented the top construction technique of its time. It was used as a school building till 2018, when the Bi Le Middle School was relocated.

The structure was relocated to make way for a 390,000-square-meter commercial and office complex, a joint development of Shui On Land, China Pacific Life Insurance Co and Shanghai Yongye Enterprise (Group) Co.

To protect the historical structure during the relocation, a cutting-edge “walk machine,” which imitates human feet, was used to shift and revolve the building  under the guidance of historical building protection experts.

About 200 holders, or feet, were installed beneath the building to lift and move the 7,600-ton structure to its new site in 18 days. The innovative method shortened the schedule by 20 percent compared with traditional relocation methods through rails, according to the construction company.

After a preservation project on the building, it will be used for intangible cultural heritage protection, cultural education as well as culture and innovation incubation.

Upon its scheduled completion in 2023, the commercial and office complex, covering a total site area of 35,000 square meters in the vicinity of Huaihai Road M., will comprise an integrated hub of offices, commercial and residential properties in Taipingqiao. 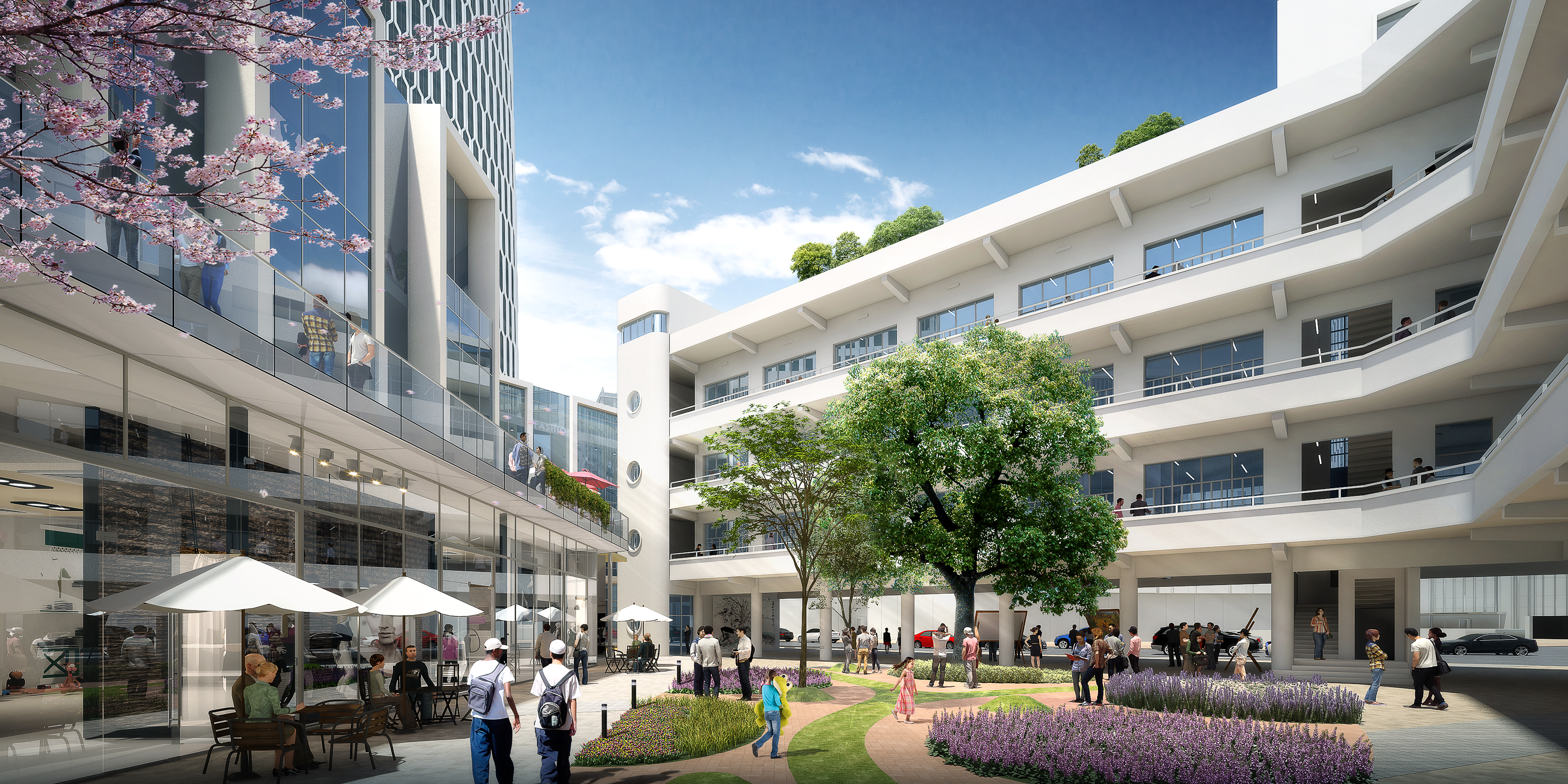 In July 2018, Shui On Land, in partnership with CPIC Life and Yongye, acquired the three land plots for over 13.6 billion yuan (US$2 billion) with Shui On Land owning 25 percent, CPIC Life 70 percent and Yongye 5 percent.

Positioned as an integrated and holistic community like Shanghai Xintiandi where people can live, work, learn and play, the new landmark project will imbue new vigor in the neighborhood along Xizang Road and the Laoximen area.

An increasing number of historic buildings in Shanghai are being moved to new sites instead of being razed as a result of urban renewal.

In 2003, the Shanghai Concert Hall was shifted 66.5 meters and elevated over 3 meters to make way for construction of Yan'an Elevated Road.

Minli Middle School, a three-floor structure finished its 57-meter-long journey in February 2010 to make room for a commercial project.

In September 2017, Mahavira Hall, the main pavilion of the Jade Buddha Temple, was shifted 30.7 meters to the north.

An old housing block, one of the oldest lane-style sites in the city, was moved about 50 meters from its original address at 104 Jiangpu Road in 2019 to make way for construction of the Jiangpu Road Tunnel beneath the Huangpu River.

In July, five historic buildings in Shanghai's largest urban renewal project in Jing'an were shifted  a total of 2 kilometers, marking the largest and longest-distance relocation  to date. 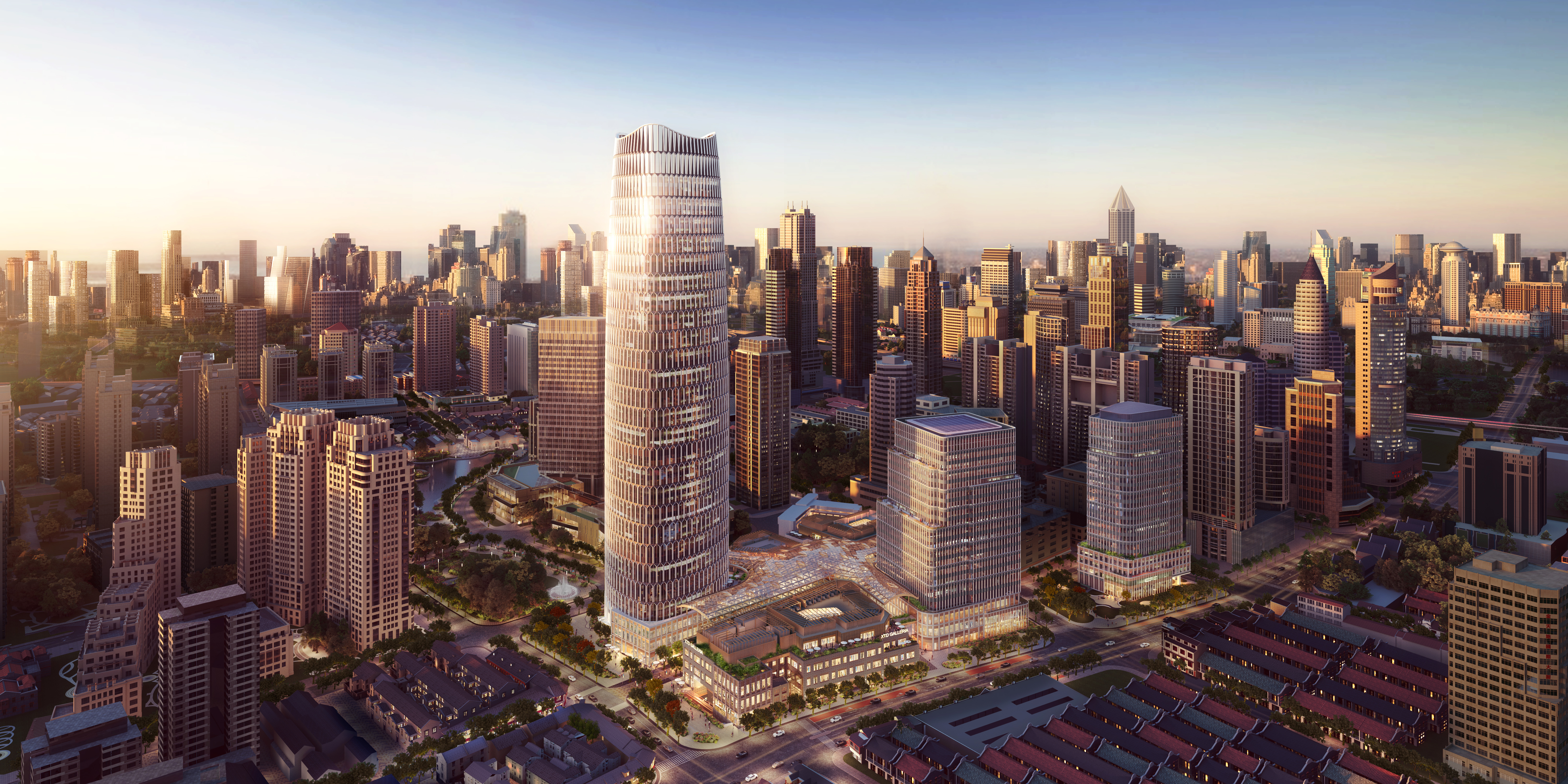