Demand for China's toys up amid pandemic 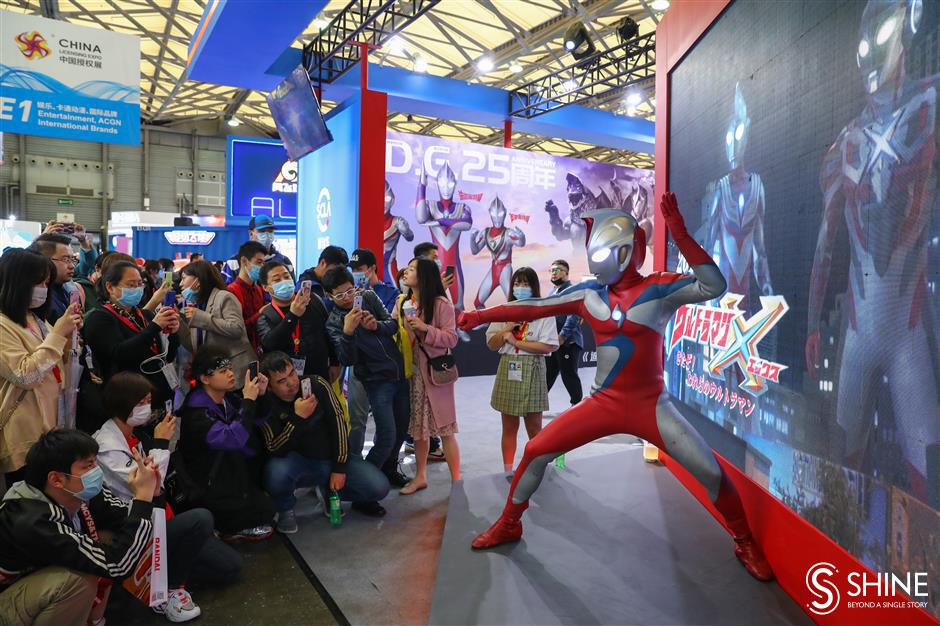 Visitors take photos of Ultraman, a popular figure in Japanese animation, at the annual China Kids and Toy Expo on Wednesday.

China’s exports of toys and children's products increased by 9.6 percent between July and September this year despite the novel coronavirus pandemic.

Liang Mei, president of China Toy & Juvenile Products Association, said though sales were down in the first and second quarters they had rebounded since July with rising overseas demand.

The latest products went on display at an exhibition in Shanghai which opened on Wednesday.

The annual China Kids and Toy Expo runs until Friday at the Shanghai New International Expo Center. The China Licensing and Preschool expos are also being held at the center.

China exported US$3.54 billion worth of toys in July, up 21.2 percent year-on-year. That rose to US$3.94 billion in August and US$4.11 billion in September, up 2.6 percent and 7.9 percent year on year, Xinhua news agency reported.

“Many orders have shifted to Chinese manufacturers from those in Southeast Asia and India due to the pandemic there,” she said.

Domestic factories had to suspend manufacturing in January and February after the COVID-19 outbreak, but accumulated overseas orders were completed after March thanks to China’s rapid recovery, Liang said.

Exports are expected to keep growing in the fourth quarter and reach a peak before Christmas, Liang said. 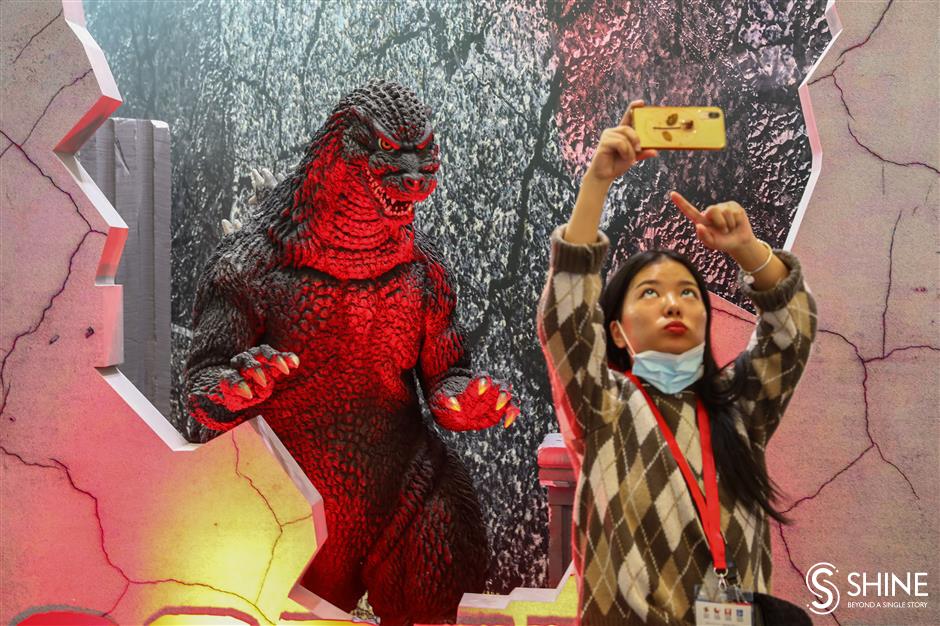 A visitor takes a selfie with Godzilla at the annual China Kids and Toy Expo on Wednesday. Visitors walk past an exhibition of Japanese cartoon figure Pikachu.

Trends are hard to predict because the world’s major toy expos in Hong Kong and Germany had been postponed due to COVID-19, Liang said. “International clients are more likely to trust their old Chinese suppliers amid the pandemic,” she added.

The association released a report on new development trends in toys and children’s products amid the pandemic.

Comparing with new technologies such as the Internet of Things, artificial intelligence, virtual reality and augmented reality which were popular in previous years, Chinese parents prefer toys that require more interactivity from their children.

Outdoor sports and educational toys are more popular than in previous years because of concerns about health and safety. Toys made with eco-friendly materials such as wood are also popular.

Traditional elements have been more widely involved, with manufacturers highlighting Chinese culture into their products.

“Some manufacturers also cooperated with the developers of China’s domestically-produced aircraft to make toys,” Liang said.

Online sales and negotiations have been arranged for the foreign customers who cannot attend the event due to the pandemic, Liang said. 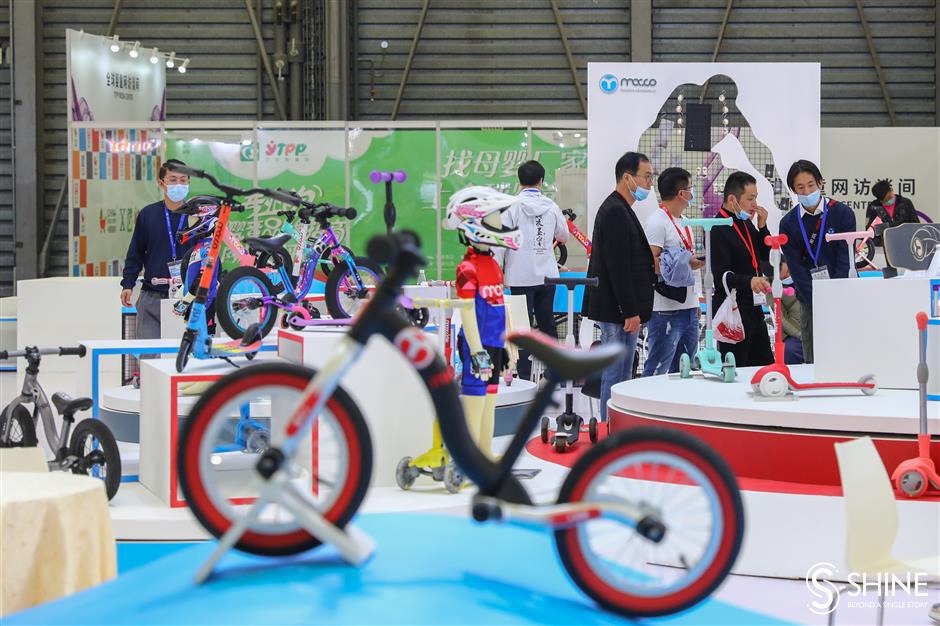 The world’s latest toys and children's products are on display at the annual China Kids and Toy Expo on Wednesday. 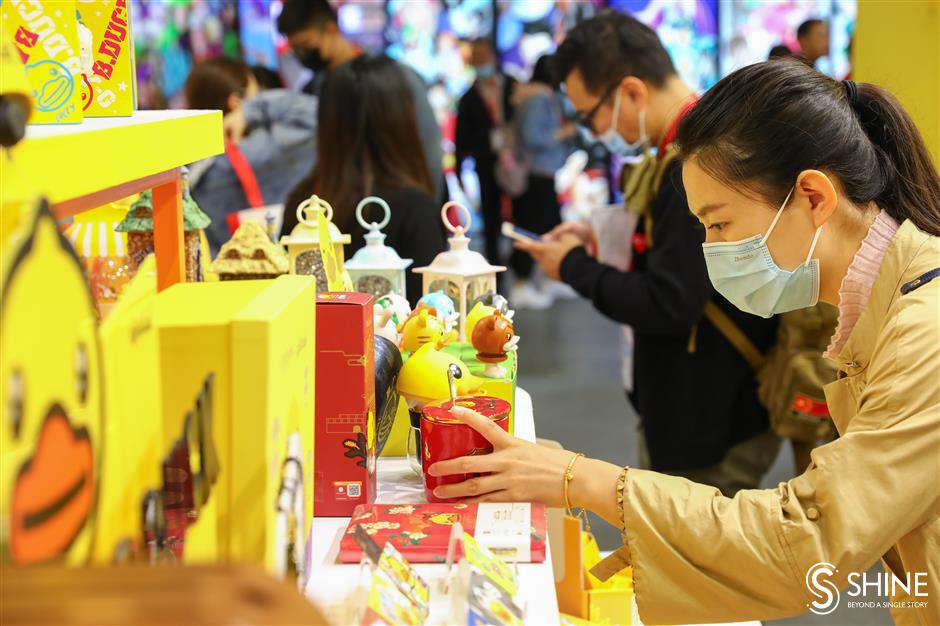 Visitors take a look at the toys and children's products at the expo. 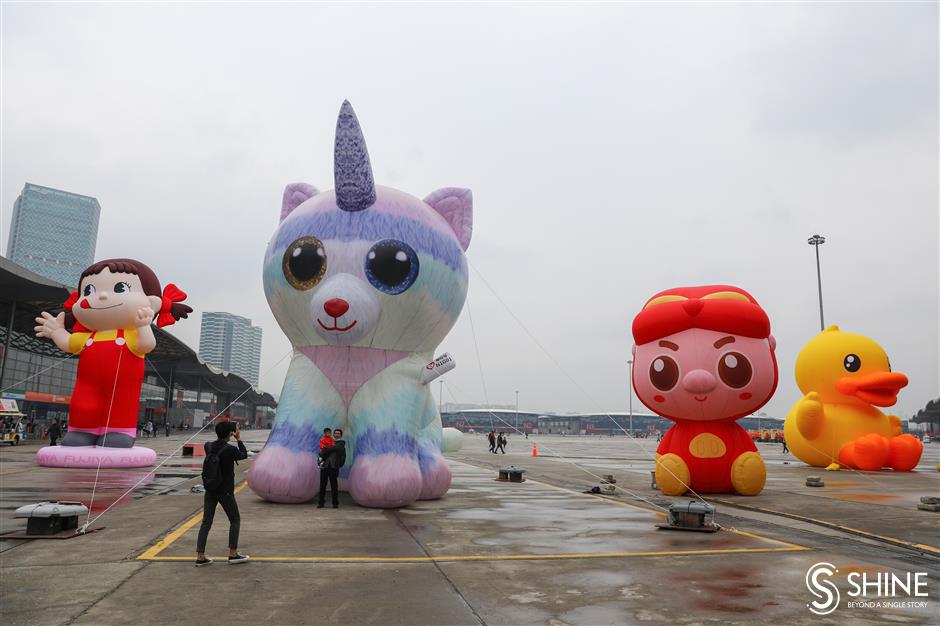