The gantry type milling machine from Spain which weighs 86.7 tons, was disassembled and shipped to China in 10 containers, according to immigration inspection authorities.

Ten container trucks will transport the containers to the venue of the expo, while the police will escort the trucks and keep surveillance till they pass Donghai Bridge.

Preventive measures against COVID-19 were taken, but the efficiency of the inspection and unloading of products from overseas for the expo aren't affected as administrative work has been streamlined, they said.

Immigration inspectors are keeping track of the ships bringing products for the import expo, so their COVID-19 status is identified before their arrival.

Exhibits from Europe started to sail for Shanghai from early September, and arrivals had become more intensive since October 8, with exhibits from Germany, Poland, Denmark, Czech Republic, Sweden and Spain coming on the heels of one another. 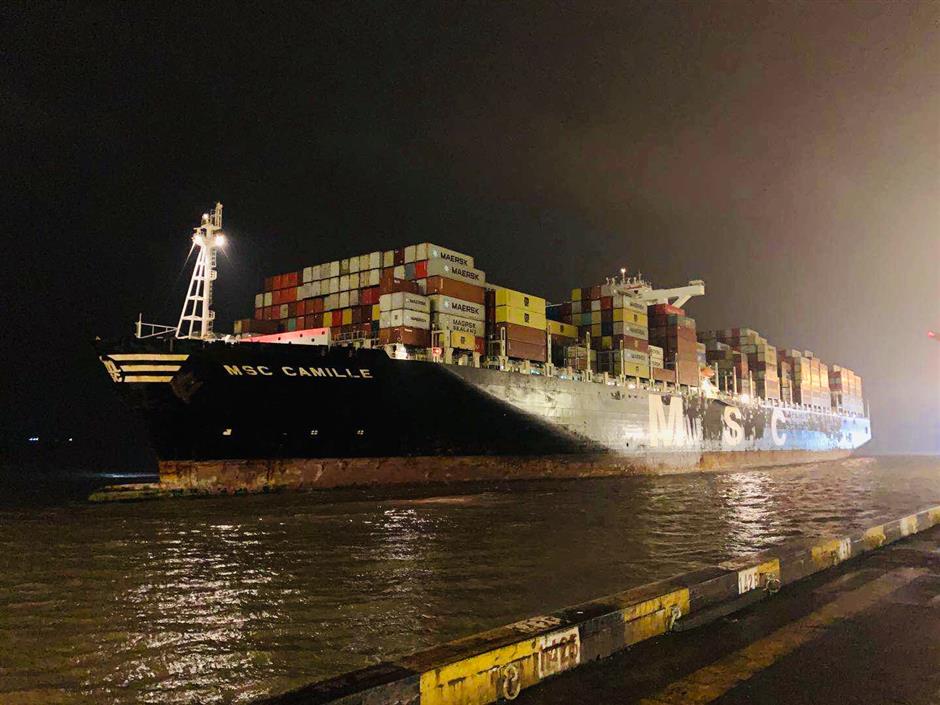 A ship carrying a large-scale gantry type milling machine from Spain which is going to be presented on China International Import Expo next month arrived in Shanghai at 9:30pm on Wednesday.