East China Normal University has been holding a series of activities to celebrate its 69th anniversary.

These included the unveiling of a new gate at 460 Zaoyang Road after it had closed seven years ago because of a road renovation project.

The gate was renovated according to the appearance of the university’s original main entrance on Zhongshan N. Road.

The gate, near the dorm area of the campus, brought good memories for university alumni, who usually left through the gate to visit restaurants, book stores and barber’s shops on Zaoyang Road.

“I’m so grateful that the back gate is back,” said Mao Jian, now a professor of the university. “I used the back gate much more than the front gate. It witnessed my youth and my primary vision for my life path.”

At the ceremony, five teachers of three generations chanted a poem for the reopening of the gate.

A fair was held to sell souvenirs designed by students, ranging from shoes and jewelry with name of the university to scarves and notebooks with images of campus landmarks.

A concert was held on campus to show its achievements in music education and celebrate the anniversary. It also kicked off the one-year countdown to the 70th anniversary. 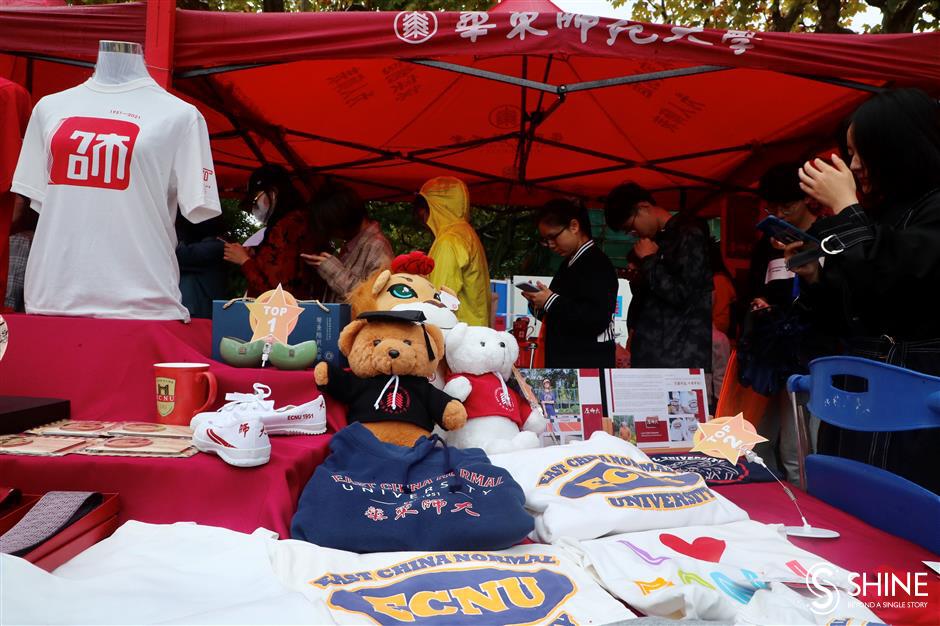