Focus on cooperation at 2020 Pujiang forum

The 2020 Pujiang Innovation Forum opened on Thursday at the Dongjiao State Guest Hotel under the theme of “Global Cooperation of Governance of Science and Technology Innovation.”

In a video message, Premier Li Keqiang said China is open to international cooperation in science and technology.

Facing the COVID-19 pandemic, China has strengthened cooperation with the international community, shared scientific research and together made prevention, control and treatment plans. China has made its contributions to the global fight against COVID-19, he said. 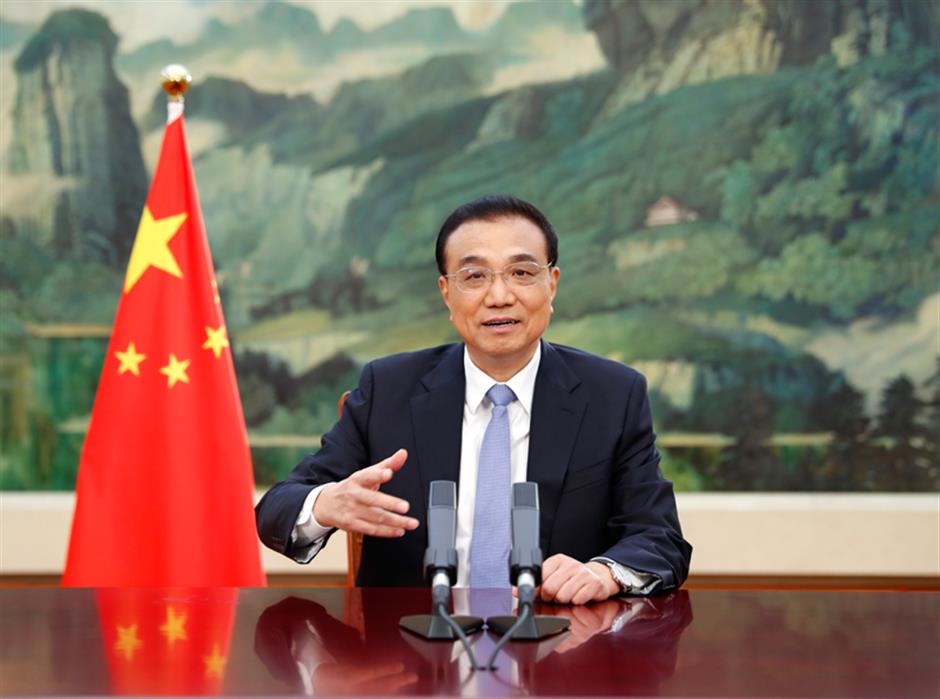 Premier Li Keqiang sends a video message to celebrate the opening of the 2020 Pujiang Innovation Forum. 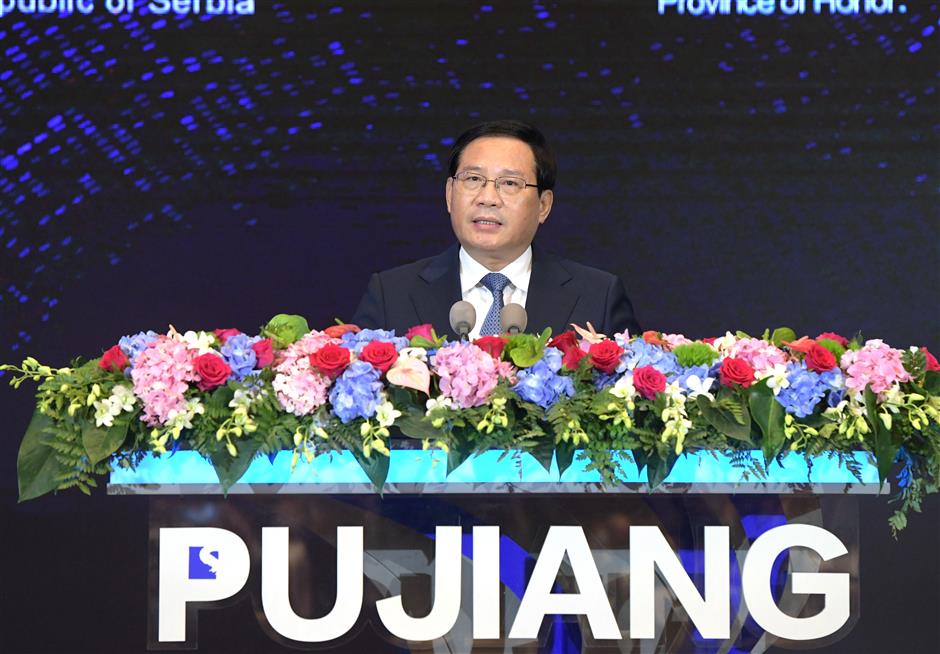 Scientific and technological innovation is the inexhaustible source of motivation for social development, he said. China will continue to integrate with the global innovation network and promote exchanges in techniques, talent and projects.

Shanghai Party Secretary Li Qiang told the forum that Shanghai plays the leading and pioneering role in promoting global innovation cooperation, and it is accelerating the development of scientific and technological innovation center with global influence.

Ana Brnabić, prime minister of Serbia, this year’s Country of Honor, said in a video message that scientific and technological cooperation between China and Serbia reflected equality and mutual benefit.

As a strategic partner, Sebia would like to join with China to grasp the opportunities of the digital era, improve communications and promote digital transformation, she said.

Serbia is displaying its latest achievements in the first Inno-Match Expo, a global technology transfer fair. Top scientists from across the world will seek opportunities for cooperation, such as building national labs among Belt and Road Initiative countries.

The forum, which will continue to run on Friday and from October 27 to 30, has invited more than 160 speakers from over 100 universities, major labs, leading science institutions and think tanks from more than 20 countries and regions. Among them, nearly half are scientists and scholars, and over 40 percent are overseas guests. 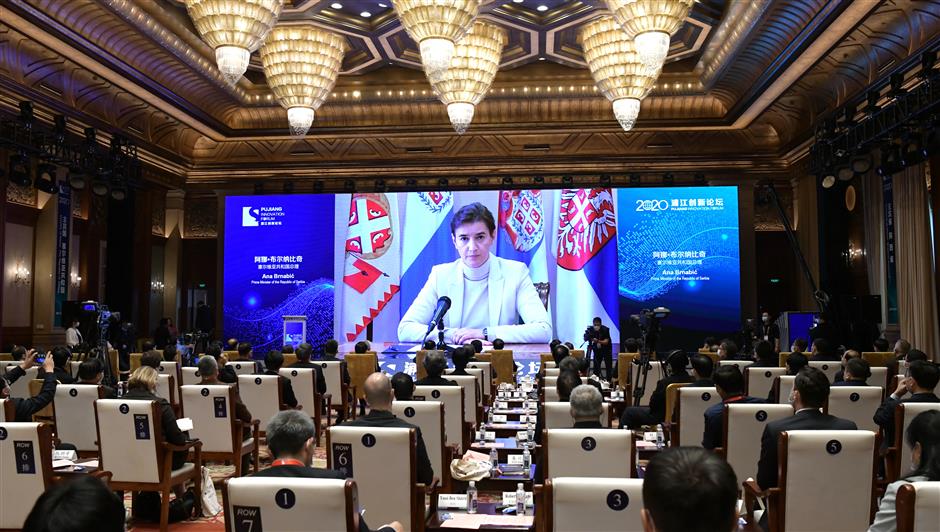 Medical experts shared their views about the current COVID-19 situation with Shanghai Daily.

Zhang Wenhong, head of Shanghai’s expert team for the treatment of coronavirus patients, said China’s prevention of a second wave of COVID-19 had been successful.

Lu Hongzhou of the Shanghai Public Health Clinical Center, a designated hospital for coronavirus patient treatment, said there would be no second wave in China. Any big city is capable of having all residents received nucleic acid testing within a week, he said.

"It's science and technology that help us to raise the success rate of medical treatment in human's battles against diseases.

"Everybody wants to be healthy, no matter which country or nationality he or she belongs to. We have the same goal and all make our own efforts," said Chen. "The health issues should never differ with national boundaries or have bias. They are global things that should be governed by people all over the world."

He told Shanghai Daily that local hospitals are all doing work in science and technology. But he thinks the, although it's better for all the people to have scientific thinking, there's no need for all the medics to do scientific research and the hospitals can work in such fields based on their own needs and resources.

"Scientific research is team work. For instance, if one is a doctor, they may be very familiar with medical things but have no idea about technologies such as 5G or big data. Though the person can learn about them, they still have to turn to scientists working in these fields if they want to apply such technologies in medicine."

He said Ruijin Hospital is now focusing on the research and development of new medicines and new medical technologies.

He hopes that, in the future, identifying a coronavirus carrier can be as easy as passing a security gate through the development of science and technology

According to Italian economist Michele Geraci, also former undersecretary of state at the Italian Ministry of Economic Development, innovation in science and technology has made great contributions to the worldwide battle against the coronavirus.

There are many areas that science and technology play a role in, such as the research for vaccine and medicine, and some other aspects in the pharmaceutical industry, he said.

He thinks there should be more cooperation in science innovation because science has always been an international effort. Although scientists are competing with each other, they also share information.

"In the academic community, there is competition, but there's also sharing. I think this is the key role that the science community can play to defuse tension at government level, which is a little bit too high, and actually continue to work in parallel at one layer below." 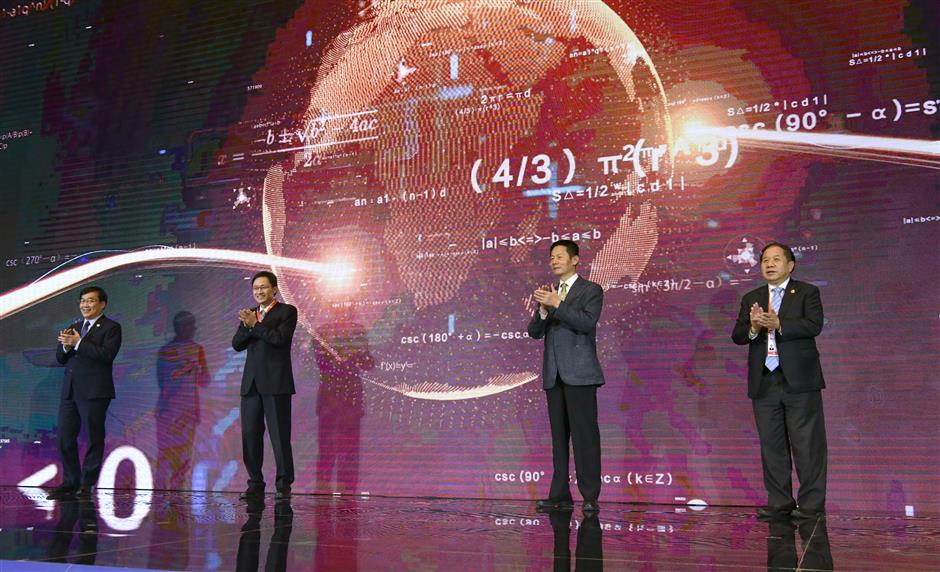 The forum kicks off on Thursday. 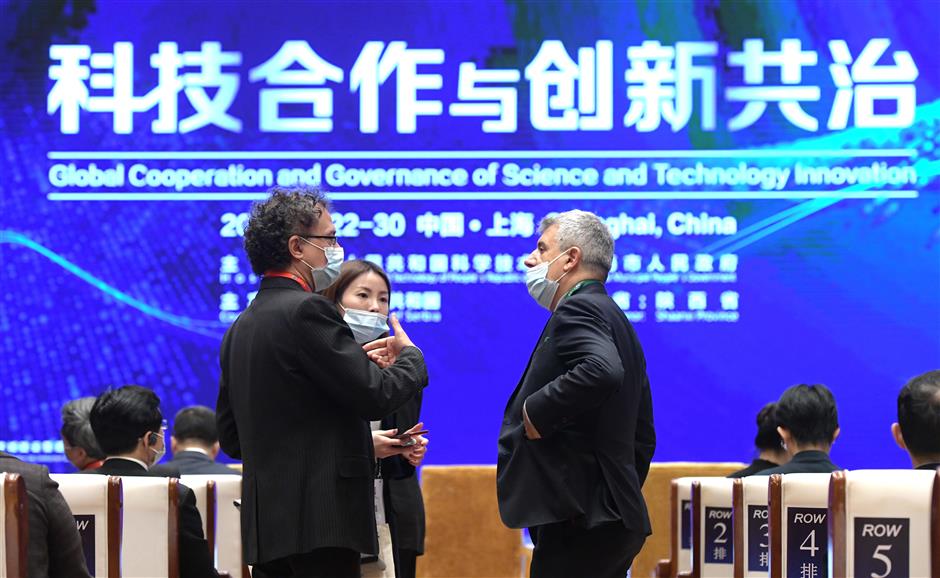