Breast cancer is the most prevalent cancer for Chinese women. There are 304,000 new patients in the country every year.

In major cities like Beijing, Shanghai and Guangzhou, breast cancer has been the top female cancer for two consecutive decades, while survival rates in China previously lagged far behind Western countries. In the 1990s, five-year survival in Shanghai was only 78 percent, while it was 84 percent in the US.

“The reasons for low survival were because of lagged diagnosis and treatment capabilities and we have more patients in terminal stage than Western countries,” said Dr Shao Zhimin from the Shanghai Cancer Center. “In China, the average age for patients is younger and we have two peaks: between 45 and 55 years old and between 70 and 74 years old. Most patients in the West develop the disease after menopause, while most Chinese patients suffer breast cancer earlier. All these differences indicate that we need our own clinical guidance in line with Chinese patients’ conditions.”

In 2005, the Shanghai Cancer Center started to carry out multidisciplinary treatment with the participation of experts from over 10 departments to offer individualized treatment and develop diagnosis and treatment standards.

The hospital launched multidisciplinary treatment and a ward for breast cancer in 2019. Patients can enjoy a whole-process management of diagnosis, surgery, chemotherapy, radiation, follow-up visits and rehabilitation at a single, comprehensive breast cancer treatment department, instead of going between different departments and wards.

Among the 35,000-odd breast cancer cases which were diagnosed and treated at the hospital between 2003 and 2017, the survival rate continued to increase.

The hospital is also working hard to lead and promote a standardized diagnosis and treatment plan for the entire country and issue new clinical guidance every two years. The guidance has been adopted by 85 medical facilities in the nation, benefiting over 300,000 patients. 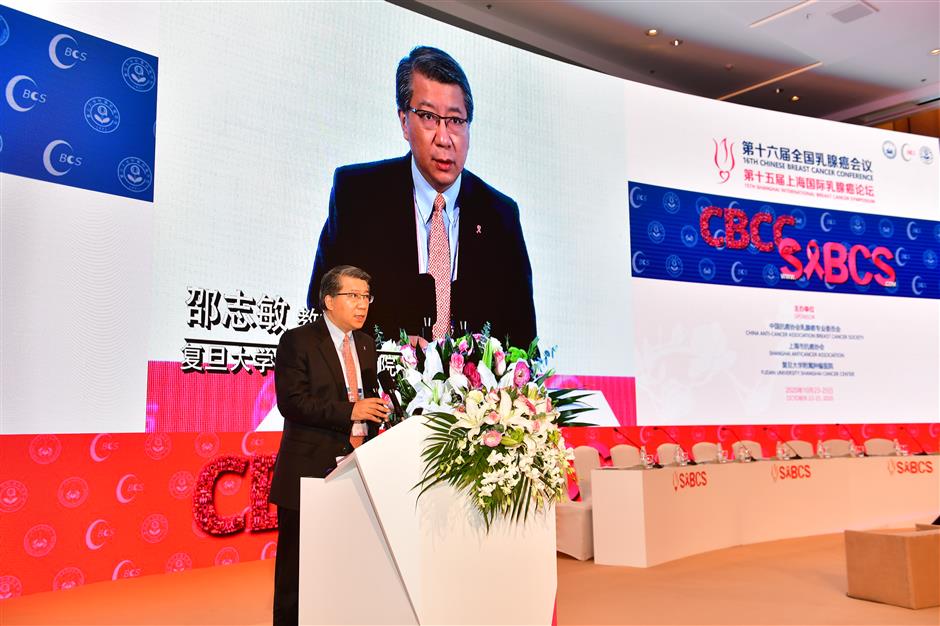