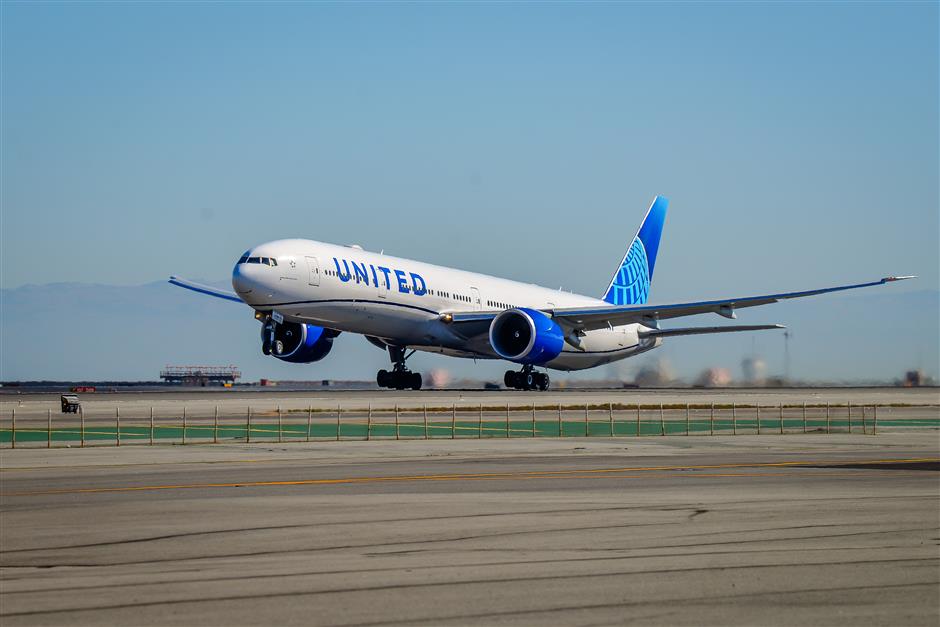 The first nonstop flight by United Airlines from San Francisco to Shanghai landed at Pudong International Airport on Thursday. The return flight is scheduled for Sunday.

Flight UA857 took off from San Francisco International Airport on Wednesday. It arrived in Shanghai at 3:44pm on Thursday with 249 passengers onboard.

The carrier will be operating four nonstop return flights a week between the two cities using Boeing 777-300ER aircraft.

The previous service between San Francisco and Shanghai required a stopover in Seoul.

Prior to the suspension of flights to Shanghai in February due to COVID-19, United operated five flights a day between Shanghai and its hubs in San Francisco, Los Angeles, Chicago and New York.

The US and China have agreed to double the number of flights that each other’s airlines can operate between the two countries from four to eight a week.

In early January, before the effect of the pandemic, there were more than 300 flights a week between the two countries. 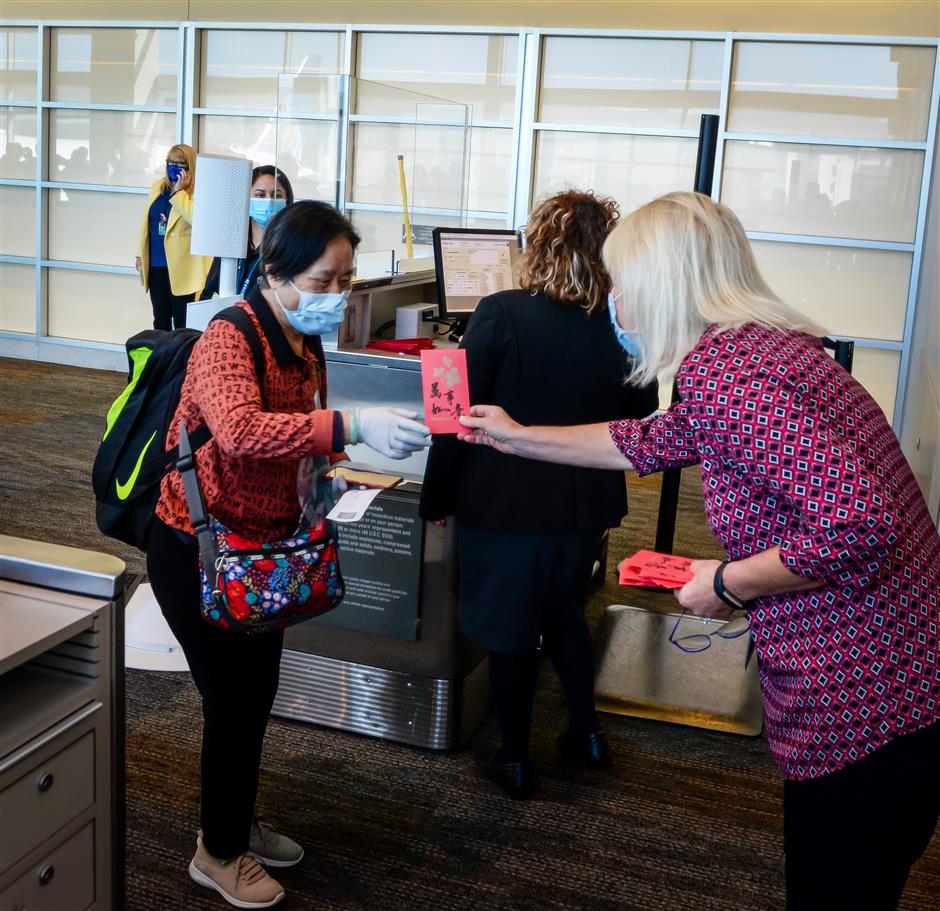 A United Airlines' staff member presents a red packet to a passenger boarding at San Francisco. 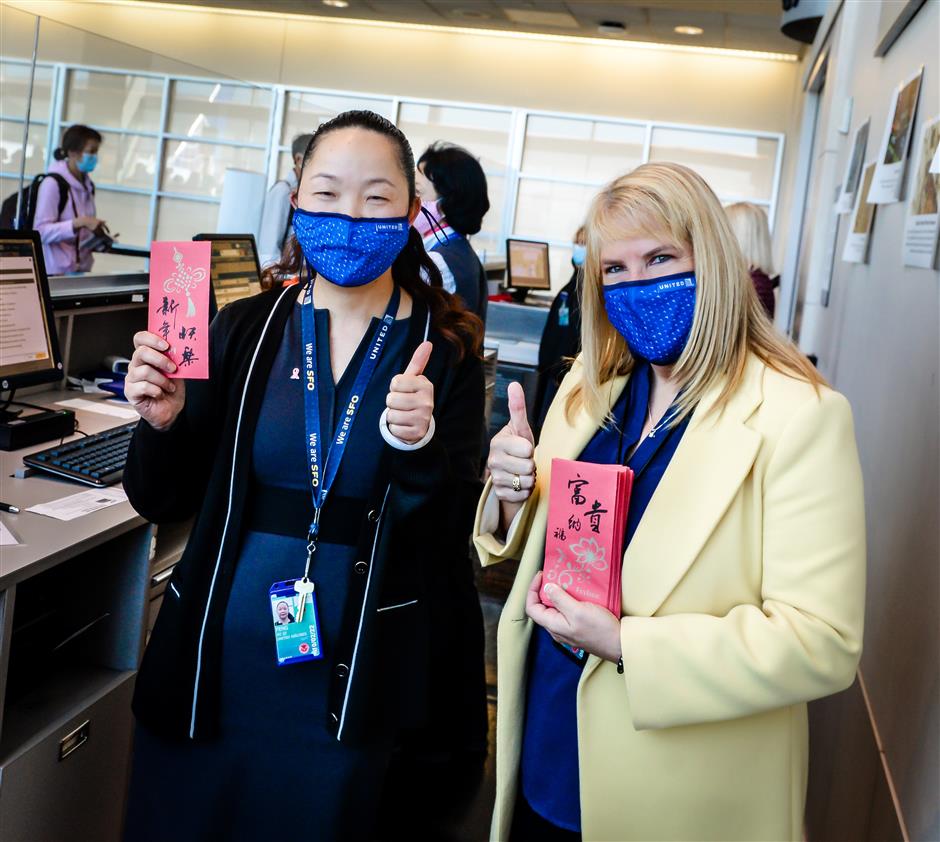 United staff at San Francisco airport celebrate the resumption of flights to Shanghai.