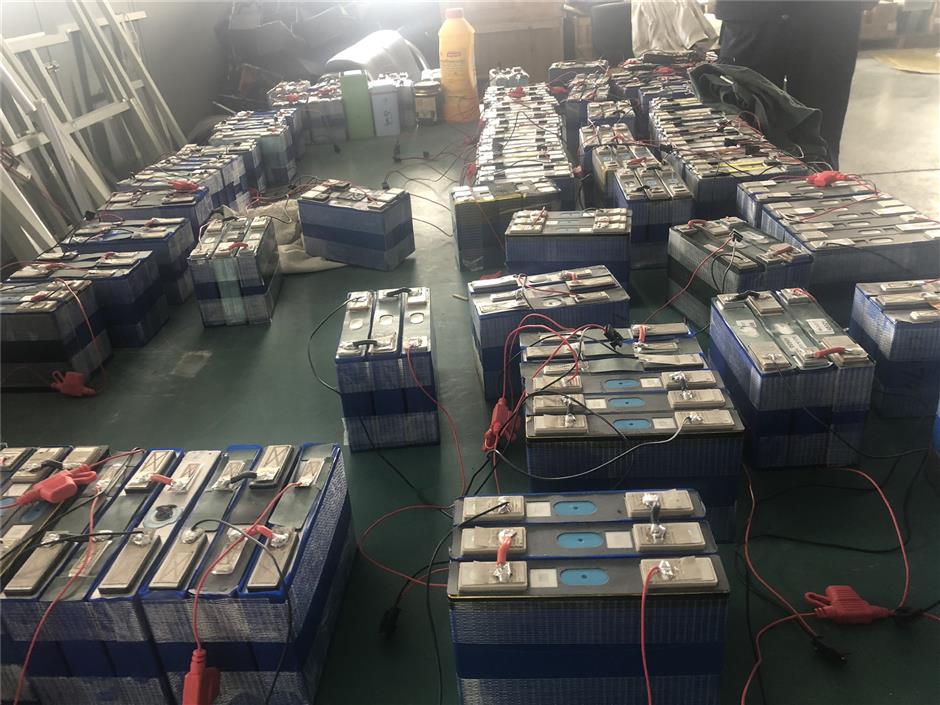 Police tracked the source of the batteries to a factory in Fuyang City in Anhui Province.

A total of 24 suspects have been caught for allegedly producing unqualified e-bike batteries, Shanghai police said on Tuesday.

The batteries were rented or sold at more than 20 e-bike shops in nine Shanghai districts, with most customers people working in delivery services.

Police in Xuhui District began an investigation earlier this month when they found that some e-bike shops offering privately made batteries for rent.

Customers were asked to use a WeChat app to complete request, pay and pick up the requested battery in a shop nearest to them.

According to Chinese standards for e-bikes, batteries shouldn’t be over 48V, but these batteries were much more powerful. To rent a 60V65A battery, for example, for 30 days, a customer had to pay 350 yuan (US$52) as well as 500 yuan as a guarantee. Recharging was free, police said.

The WeChat app was developed by a man surnamed Wang, who had an information technology company that was in the e-bike and e-bike battery renting business, according to police.

Wang and 16 other suspects were caught in police raids in a number of city districts on October 16 with over 800 unqualified batteries seized.

Wang said he had made about 1.3 million yuan from renting e-bike batteries since he started the business in July last year.

After Wang’s confession, police said they tracked the source of the batteries to a factory in Fuyang City in Anhui Province and caught seven suspects there on October 19 with over 900 batteries seized.

The suspects could face criminal charges of producing and selling fake or unqualified products, police said.

Police said e-bikers should not be using batteries with power beyond the technical standards because they could easily cause a fire.