The 1,940-meter Kunyang Road Bridge, also known as the Minpu No. 3 Bridge, is the 13th across the Huangpu River.

A new bridge linking Minhang and Fengxian districts over the Huangpu River was opened to vehicles on Wednesday morning, relieving traffic pressure on other cross-river bridges and thoroughfares in the city's southwest.

The 1,940-meter Kunyang Road Bridge, also known as the Minpu No. 3 Bridge, the 13th across the river, connects Dongchuan Road in Minhang District and Puwei Highway in Fengxian District.

"Each elevator can serve up to eight bicycles simultaneously for the convenience of residents living on both sides of the river," said Wu Liansheng, an official with Shanghai Chengtou Highway Investment Group, the project's main builder.

A large number of residents in Fengxian waited beside the bridge on Wednesday morning to witness its opening around 10:30am. A long line of vehicles also waited near the ramp.

"I have to spend nearly an hour to drive from Zhuanghang Town in Fengxian to Minhang's Maqiao every day," said a driver surnamed Yu.

"The distance is expected to be greatly shortened with the new bridge," he said.

Drivers previously had to detour because the Minpu No. 2 and Songpu bridges are 10 kilometers away from each other. The new Kunyang Road Bridge now stands in the middle of these two old bridges, said Wu. 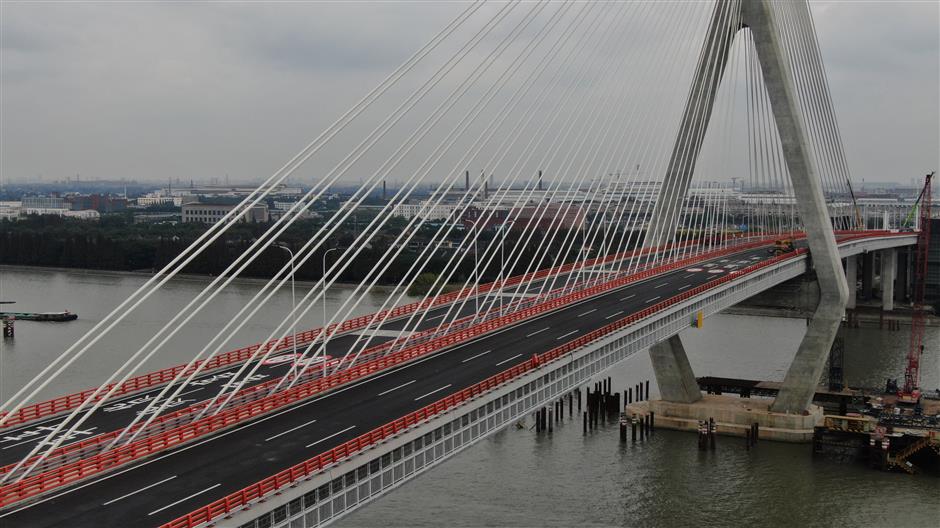 The double-tier bridge, the first of its kind over the river, has an upper level for motor vehicles and a lower level for pedestrians and cyclists.

During its construction, a 700-ton crane ship raised a 380-ton section of bridge deck to another two cranes installed on the tower in the middle of the river. The massive section was then installed and stayed with cables.

A total of 61 such pieces make up the deck of the bridge toward both banks of the river.

Traffic on part of the busy waterway was suspended temporarily during the bridge construction. The city's maritime safety authority deployed 18 ships to secure the construction area and ensure safety. About 2,000 ships pass through the location every day.

The main tower of the bridge is 136 meters high. Prefabrication was widely used for the first time on a bridge across the river, minimizing disruption to shipping while reducing noise and pollution.

The road rollers were all unmanned and supported by artificial intelligence and the BeiDou Navigation Satellite System, according to the Shanghai Tunnel Engineering Co Road and Bridge Group, the developer of the vehicle and the main contractor of the bridge.

The BeiDou system helps improve accuracy of the vehicles to within 5 centimetres.

If anyone is detected within 1.5 meters of the vehicles, they brake immediately and resume operation only after the area is clear. 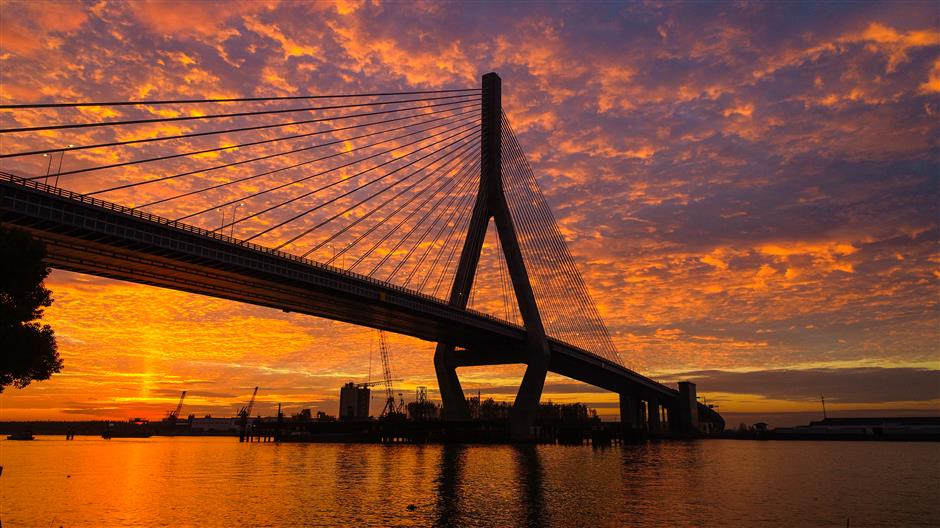 The Kunyang Road Bridge, also known as the Minpu No. 3 Bridge, is the 13th across the Huangpu River. 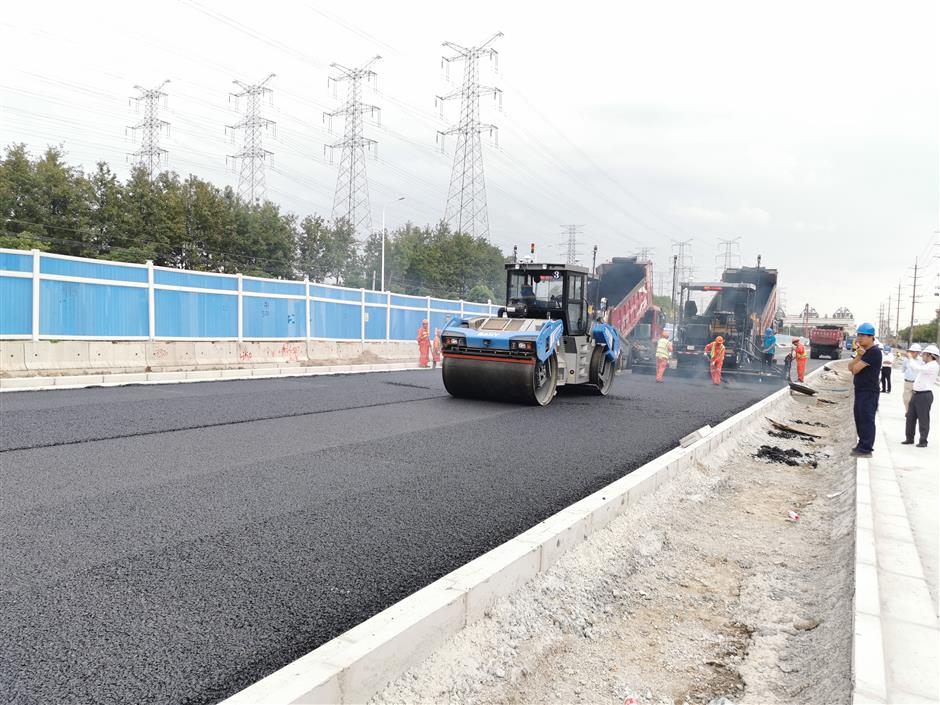