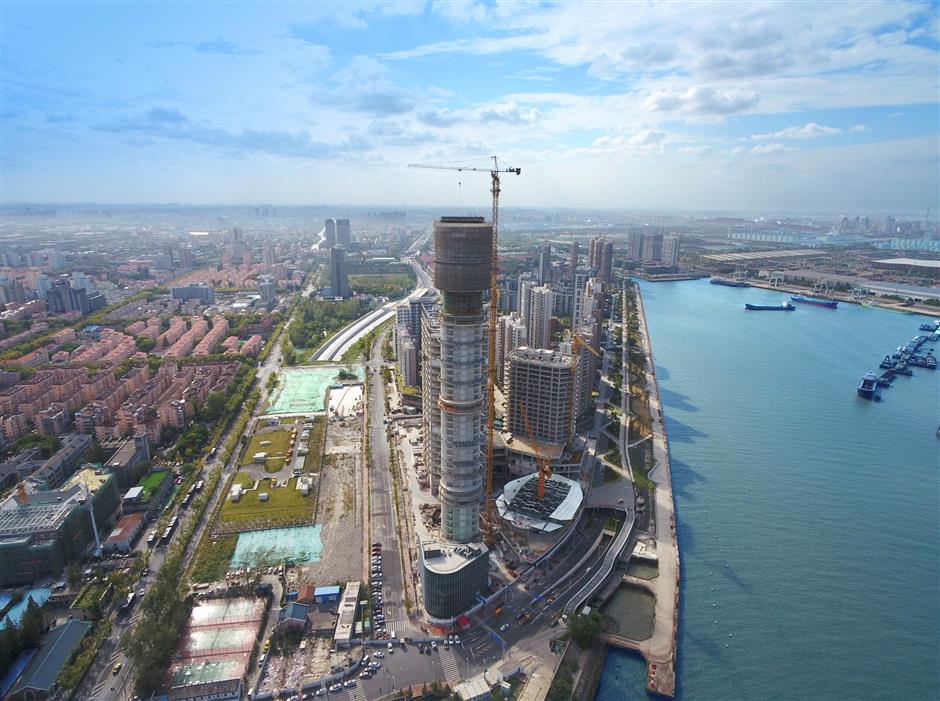 The structure of the sightseeing tower has been completed.

The structure of a landmark sightseeing tower at the mouth of the Yangtze River was completed on Wednesday to lead the redevelopment of the city's former cargo port in north Baoshan District.

The 180-meter tower will become the tallest structure along the lower reaches of the Yangtze River and offer a panoramic view of the river, the Wusongkou cruise liner port and Changxing and Chongming islands.

Dubbed the “golden cudgel,” a legendary artifact in China’s Ming Dynasty novel “Monkey King,” the tower features a slim and twisted structure which will be covered by irregular glass curtains.

It will include a sightseeing platform, vertical greenery, a rock climbing facility, restaurants and wedding halls to serve residents and tourists in the surrounding Shanghai Long Beach, or Changtan, area, said Yang Zhiyong, vice president of Shanghai International Port Group, owner of the site.

Once a bustling center for maritime trade, the Long Beach area is being developed for housing and leisure like many other container ports around the world.

The riverside area, which stretches for 1.8 kilometers along the Yangtze, is expected to be on par with London’s Canary Wharf and Germany’s Hamburger Hafen. 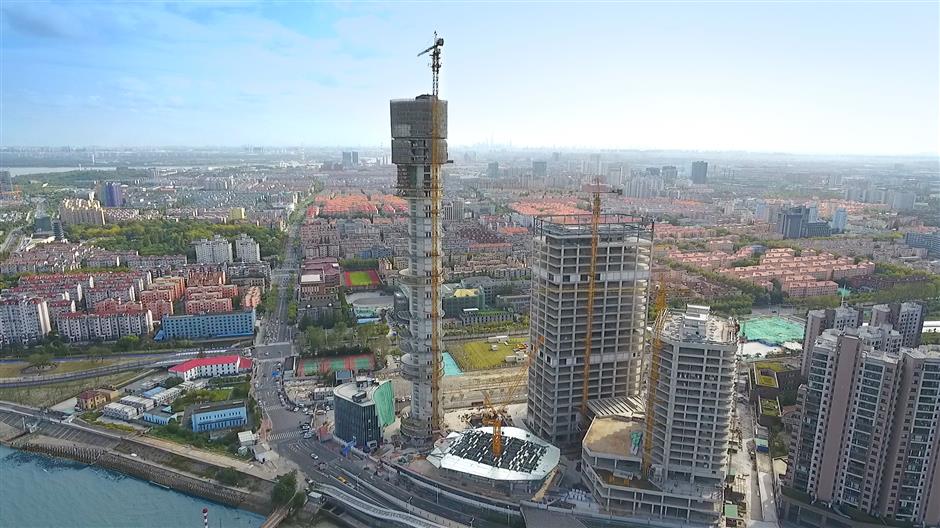 The 770,000-square-meter project, twice the size of Canary Wharf, will have 4,200 apartments, parks, shopping malls, restaurants and coffee shops, hotels and kindergartens.

The site, formerly known as the 14th section of the SIPG port, was once dubbed the “Pearl of Baoshan” due to its bustling container transport and storage business. At its peak in 2009, the port handled 1,927 transport trucks every day.

The district government and SIPG launched the redevelopment campaign in 2012. With a total investment of 15 billion yuan (US$2.24 billion), the project is expected to create around 14,000 jobs, according to the Baoshan government.

One of the world’s biggest IMAX cinemas and a major concert hall are planned as part of the urban redevelopment project.

The theater will have 772 seats at ground level and 258 overhead and will be able to accommodate a major symphony orchestra of more than 100 musicians.

The ball-shaped Changtan Huge-screen Cinema, with a diameter of about 35 meters, will become the third largest in the world following the LG IMAX Theatre Sydney and an IMAX cinema in Singapore. Its screen will be 22.4 meters wide by 12 meters tall. 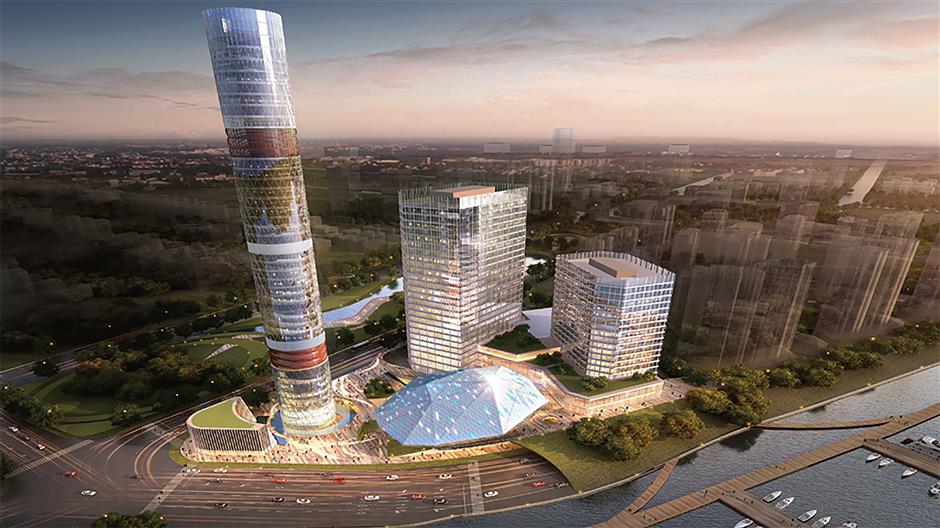 An artist's rendition of how the sightseeing tower at Shanghai Long Beach will look when completed.