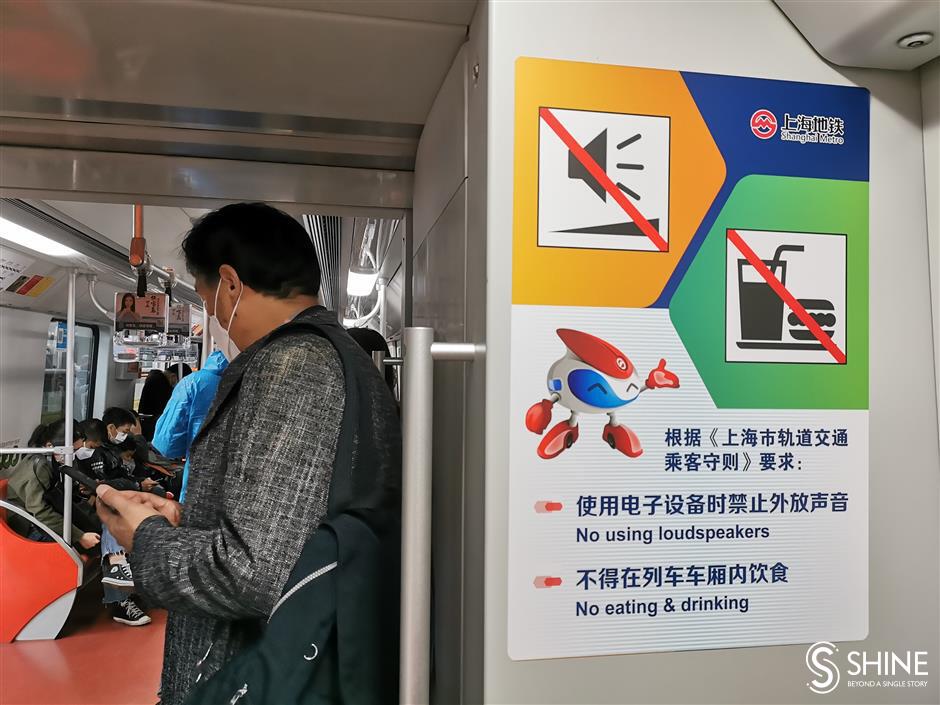 Shanghai Metro has put up posters about the new rule in carriages.

Metro passengers in Shanghai are being told not to use loudspeakers when using electronic devices in carriages.

The new rule will take effect from December 1, and posters about it are already in trains. They also reiterate the rule that bans eating and drinking in carriages.

A 54-year-old passenger surnamed Song on Line 4 said people playing music or videos out loud on the Metro were disturbing, but they were a rare sight.

“People abide by the Metro rules better now than before,” she said. “I hardly even see people falling over themselves to grab seats.”

A 43-year-old man surnamed Wang, who took Line 11, welcomed the new rule. He said people using mobile phones without earphones were a problem on trains.

However, he believed some rules should be flexible.

“If parents have to feed crying babies on Metro trains, they should not really be faulted,” he said. “Also, although the Metro bans the use of stools on trains, old people should be allowed to use them, at least outside peak hours.”

A media relations official from Shanghai Metro said the company will continue to publicize passenger rules and that staff at stations will correct any rule-breaking behavior they spot.

According to the passenger regulations, formulated by the city’s transport commission, the Metro operator has the authority to dissuade or stop passengers from breaking the rules, and if the rule breakers won’t listen, they will be reported to the police. 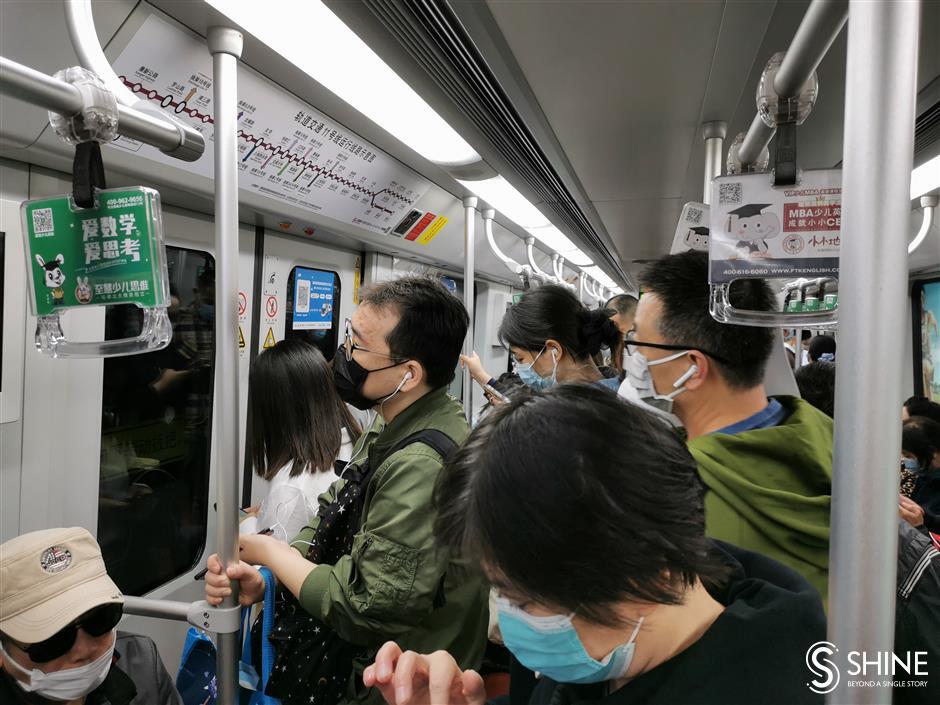 Passengers wear earphones as they travel on the Metro.