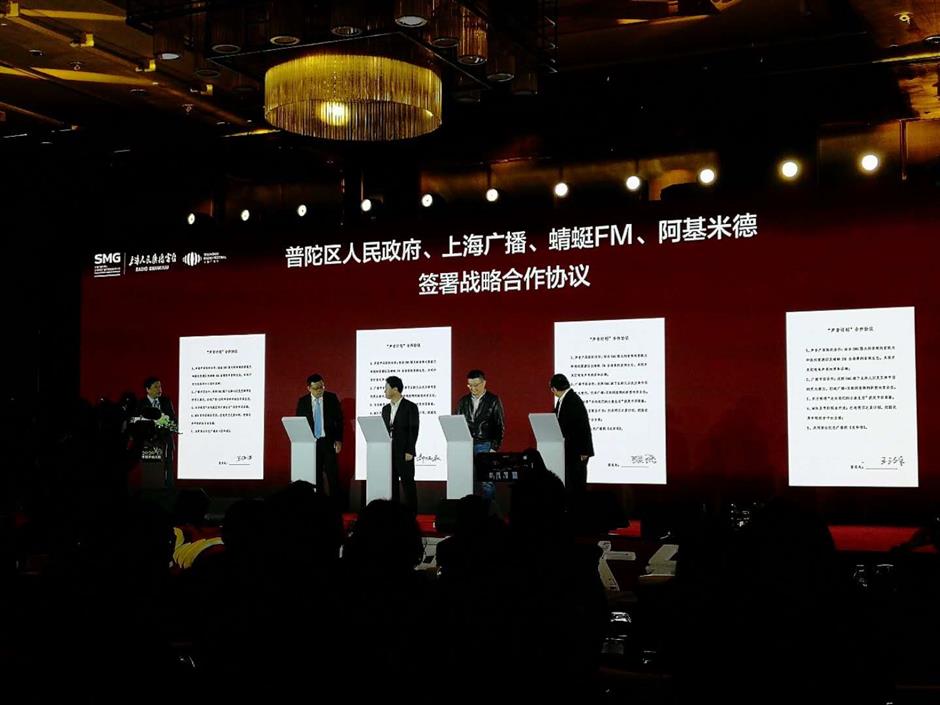 Officials sign an agreement at the 2020 China Voice Conference on Thursday for a "voice plan."

Industry leaders from China’s radio, audio and Internet companies gathered in Putuo on Thursday for the annual conference, part of the ongoing Shanghai Radio Festival.

The conference included forums and interactive experiences for audiences to showcase and explore the development prospect of the audio industries.

As a highlight, the health authorities of Shanghai and neighboring Jiangsu, Zhejiang and Anhui provinces, announced the launch of a public health radio (online) station for the Yangtze River Delta region. In cooperation with radio stations and other media, the station will promote public health information across the region.

A summit forum on the theme of “health idea, fashion and lifestyle” was also held at the conference. Executives from Chinese radio stations and companies were invited to make keynote speeches and took part in a roundtable conference on the future development of radio programs.

"The new radio station will be made into a health education platform to improve the ability on epidemic prevention and control in the Yangtze River Delta region and enhance the protection on public health and safety," said Wu Jinglei, director of Shanghai Health Commission. 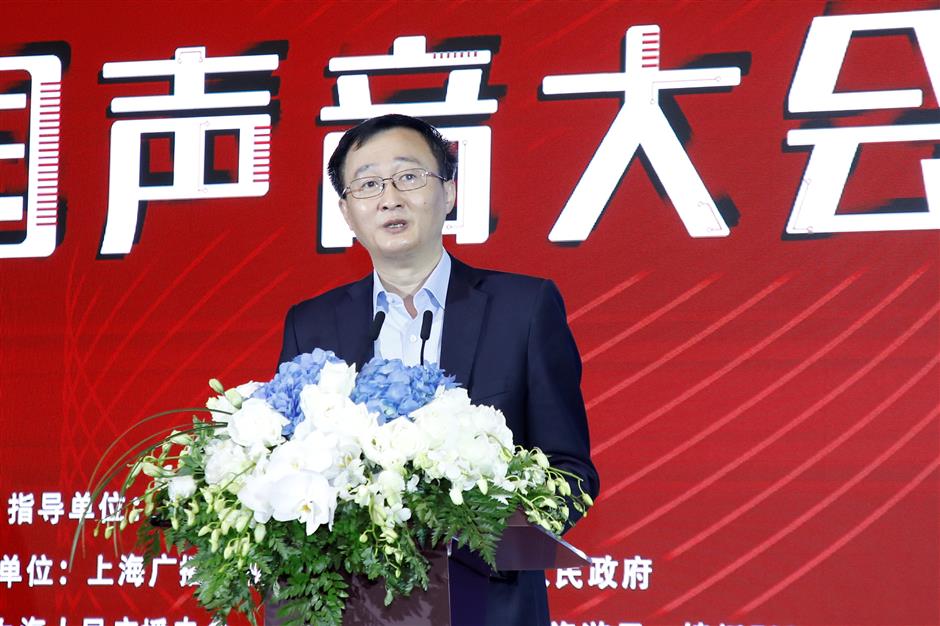 China has become the world’s second largest market for intelligent speakers. The Chinese market scale in the smart facility is expected to reach 182 billion yuan (US$26 billion) in 2020, said Luan Shuai, a Baidu official.

China’s audio industry has achieved a new round of rapid development. With the approach of the 5G era, the industry is facing new development models and opportunities this year, according to conference organizers.

The district has released the city’s only audio industry support policies to create a better business and policy environment for audio companies. The Shanghai Association of Internet Audio Industry was also newly based in Putuo this year. 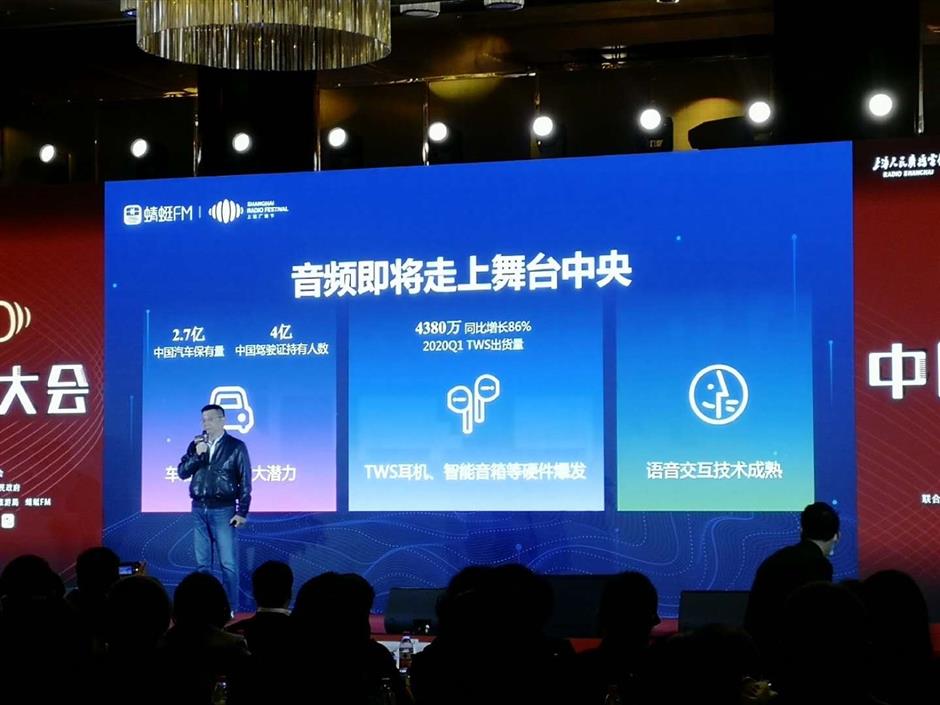 An official with Qingting FM shares his views on the future development of the audio industry.