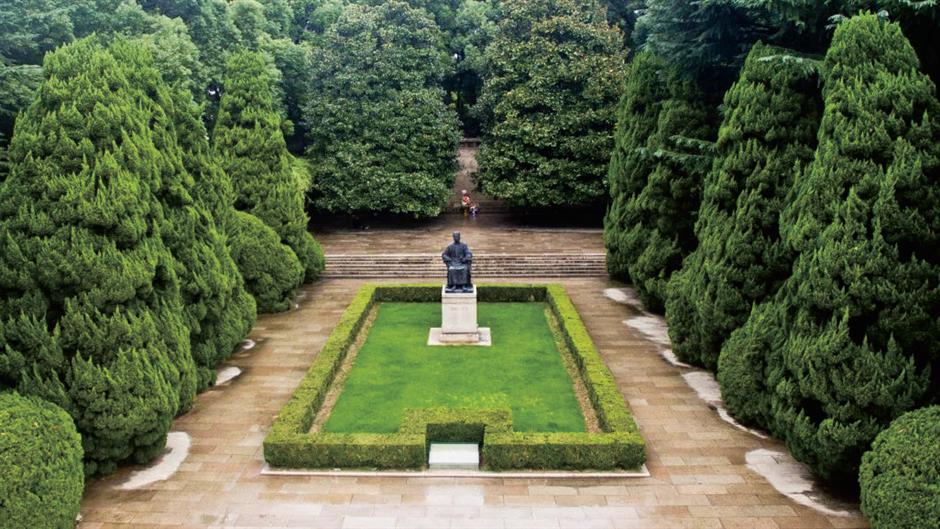 A cultural week to celebrate the spirit and legacy of “the saint of modern China” was held in Hongkou District last week.

Jointly organized by the publicity department of Hongkou and the Lu Xun Culture Foundation, the 3rd Lu Xun Culture Week, between October 19 and 25, invited people to review the life of Lu Xun (1881-1936), read his classic works and practice his spirit.

Over 1 million people from home and abroad, online and offline, joined the event, which was first initiated in 2018.

Known as the “father of modern Chinese literature,” Lu had a huge influence over the thinking of the 20th century Chinese people, thanks to his often-biting short stories, poetry, translations, essays and literary criticisms.

The writer’s legacy is captured in the Shanghai Lu Xun Museum in Lu Xun Park, which opened in January 1951 in Hongkou, where he lived for the last 10 years of his life.

Lu’s enduring greatness is exemplified by the fact that over 20,000 people visit the museum on average every month to pay homage to his legacy.

The Shanghai museum is one of over 10 in China dedicated to the memory and works of Lu. Over 80,000 exhibits, including original manuscripts and full collections of his works, are displayed in the museum.

Visitors can also pay tribute at Lu’s tomb in the park and tour his well-preserved former residence not too far away from the grave, where he lived with wife and son until he died of tuberculosis on October 19, 1936.

The Lu Xun Memorial Day event was held in front of the tomb on the anniversary of his death, where over 100 people took part, including local cultural celebrities, front-line medical workers fighting COVID-19, students and citizens.

“It is our joint responsibility to recreate the full image of Lu Xun, whose legacy should be developed and promoted widely,” said Yan Jingming, vice chairman of the China Writers Association.

A memorial event celebrating Lu’s life had been held every year on October 19 since his death and the park became the main site for the ceremony after the tomb was moved there in 1956. 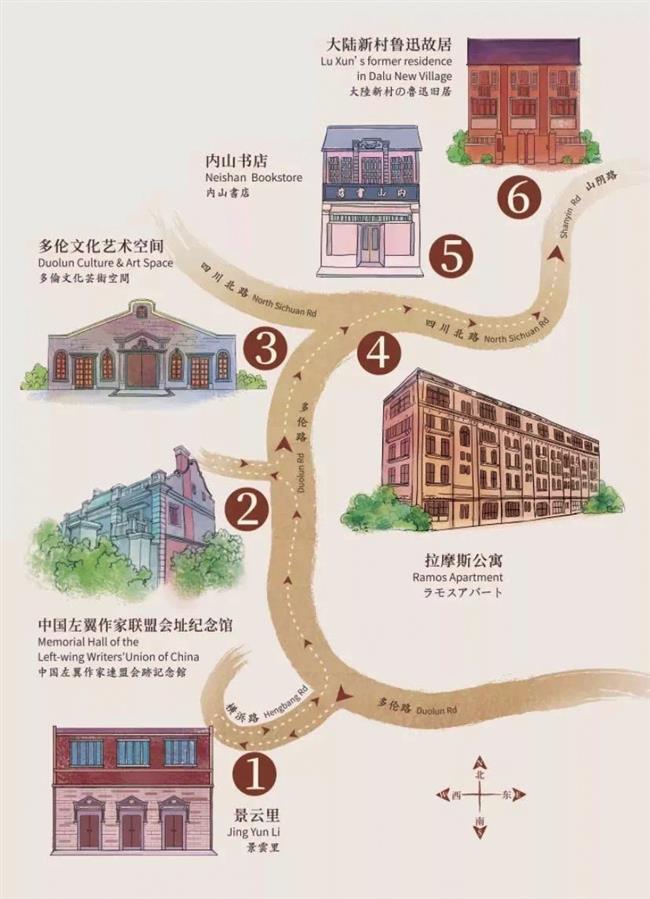 Lu, whose real name was Zhou Shuren, was born in 1881 to an impoverished but educated gentry family in Shaoxing in Zhejiang Province. He went to Japan to study medicine in 1902 but abandoned that pursuit in favor of literature because he was troubled by what he saw as China’s spiritual malaise.

Lu became a writer after witnessing the indifference of his compatriates in response to the execution of a Chinese prisoner during the Russo-Japanese War (1904-05). “Reform,” he wrote, “was impossible without changing the mentality of the people.”

From 1918 to 1926, Lu penned 25 highly influential stories, including what is considered to be the first story written in vernacular Chinese, “The Diary of a Madman.” Lu’s works have been translated into English, Russian, German and Korean and distributed worldwide.

After the memorial event a dialogue seminar, organized by the department and the foundation, was held for experts to share their latest research on the spirit of Lu. Experts, along with Zhou Lingfei, the grandson of Lu and the chairman of the foundation, then walked along a 1,000-meter-long “Lu Xun Trail” after the seminar. The trail was launched at the 2nd Lu Xun Culture Week in 2019 by the Hongkou publicity department based on the sites Lu often visited.

Jing Yun Li at 35 Hengbang Road, for instance, which is listed as “No. 1 Celebrity Lane,” has become one of the top attractions along the route. Lu lived in a typical shikumen (stone-gate house) building in the lane with his wife Xu Guangping when they first visited Shanghai in 1927. Their only son Zhou Haiying was born there in 1929.

Another attraction along the trail is the League of the Left-Wing Writers (Zuolian) memorial site. Passionate young Chinese authors founded the league nine decades ago to fight against Kuomintang repression at home amid a worsening international situation.

Led by Lu, the league created a score of influential literary works, which still inspire people today. A major renovation on the historic villa, where the league was founded, was completed in March earlier this year, which marked the 90th anniversary of Zuolian’s founding. 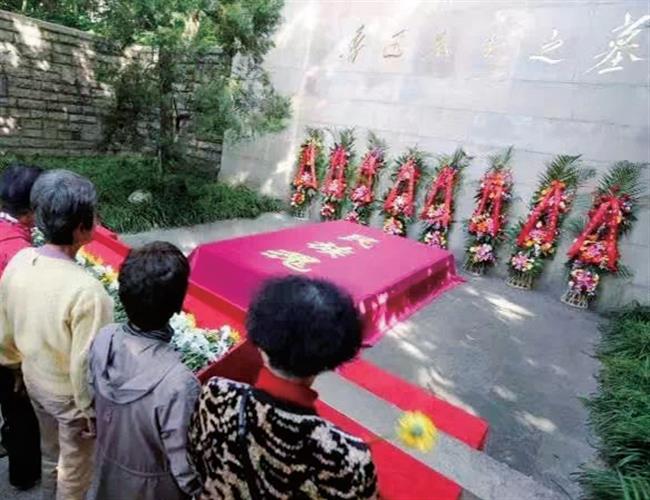 A three-story memorial site on Duolun Road, a British Neoclassic-style garden villa, was built in 1924 and converted into an exhibition site in December 2001. The exhibition space, featuring historical photos, original publications, artifacts and furniture once belonging to China’s most famous modern writers, has been expanded to 350 square meters from 100 square meters previously.

The descendants of left-wing writers and citizens donated many new exhibits over the past two decades. The third floor of the building has been opened for the first time, along with a visitor’s center, a souvenir shop and a reception room.

The trail also includes another Lu’s former residence on Shanyin Road, a five-minute walk from the park. The three-story home was restored under Xu’s guidance.

The residence, opened to public in January 1951, was the first memorial site honoring Lu. The government relocated his tomb from the Wanguo Cemetery in Hongqiao to the park in 1956 on the 20th anniversary of his death.

Along with Zhou Lingfei and Yan, over 280,000 people online have visited a virtual trail of Lu’s life in his last decade.

Hongkou also hosted a seminar to commemorate the 90th anniversary of the founding of Zuolian and the cultural spirit of Lu.

Hongkou has been digging and researching the district’s abundant cultural resources in recent years to enrich the content of Lu Xun in a new era, said Wu Qiang, director with the publicity department of Hongkou.

“Hongkou is not only the resting place of Lu, but also the base to commemorate and promote his spirit,” said Wu, who added more cultural events to celebrate Lu’s life are being planned for future.