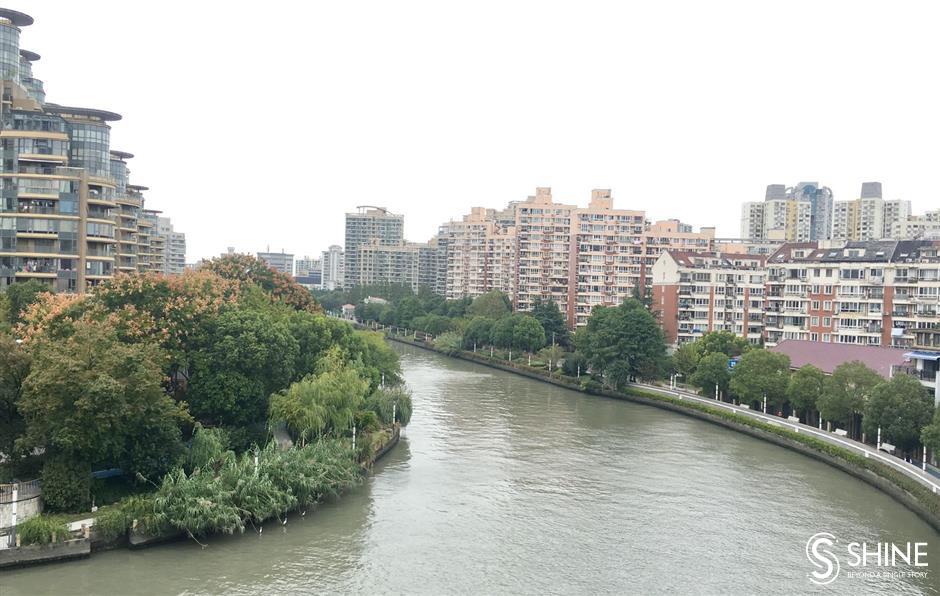 The city’s political advisers and urban planners vowed on Thursday to redevelop three Suzhou Creek bays to enhance the quality of its riverbanks.

The three core sections include Changshou Bay, known as the first of the creek's 18 bays, the Huxi and Caojiadu areas, and the Changfeng and Changzheng Town section, the last bay of the creek’s downtown section, the Putuo District's top political advisory body announced at the 2020 Suzhou Creek Forum.

Hosted by Putuo’s political advisers, the forum offers suggestions on economic and social issues along the creek. This year’s event focused on the creek's waterfront development.

The 125-kilometer creek, which flows from suburban Qingpu District to downtown Waibaidu Bridge in Huangpu District, is the Huangpu River’s biggest tributary.

According to a city government plan, 42 kilometers of the creek's downtown section between the Waibaidu Bridge and the city's Outer Ring Road will feature scenic pathways that will soon be open to the public.

The longest part of the creek is in Putuo, accounting for half of its downtown section. The district launched a renovation campaign for the creek in 2018, and has removed 19 obstacles along its riverbanks to create a continuous path, said Yang Yuanfei, Putuo's deputy director. 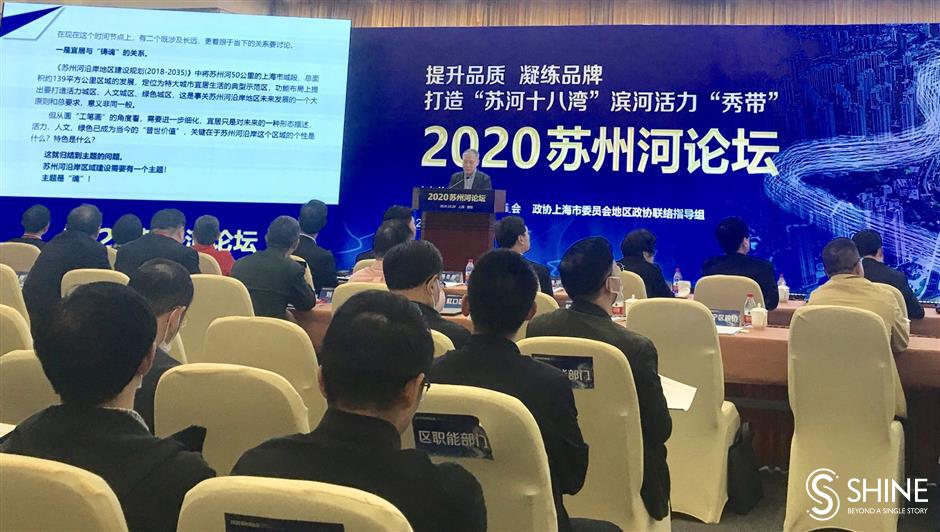 A political adviser addresses the redevelopment of Suzhou Creek's waterfront at the Suzhou Creek Forum in Putuo on Thursday.

The waterfront needs to upgrade its quality, plan new marketing strategies and drive its commercial potential, according to an advisory body.

“The creek's planning should be extended to 2050 from the current 2035 Shanghai Master Plan,” said Xu Haiying, executive vice director of the economic commission of the city’s top political advisory body.

“Happy life" could be the theme for the waterfront's redevelopment, Xu said.

Feng Maolun, another adviser, proposed reconsidering sightseeing cruise service on the creek, akin to the Seine in Paris and the Grand Canal in neighboring Wuxi City.

“The history of the creek is based on the riverbank and the waterway,” said Feng. “The once prosperous industries along the creek were developed based on the convenience of river transport."

Yu is well known for renovating a 30-square-meter quarter in a former water tower into a three-bedroom apartment in the popular TV reality show “Dream Home.”

He referenced Prague's waterfront, which became popular after urban planners dug 20 caves along its riverbanks and turned them into cafés and exhibition halls.