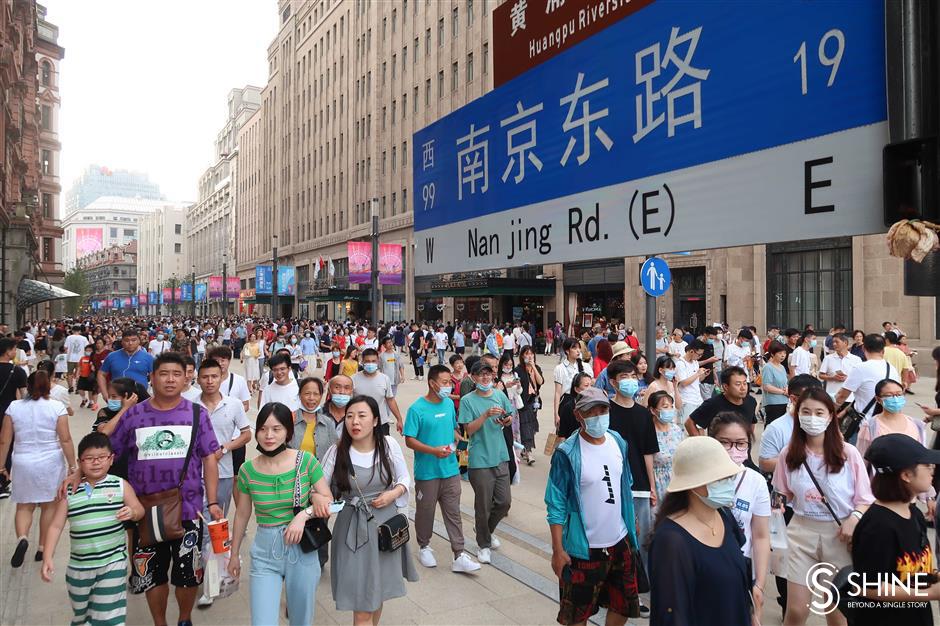 The newly opened extension of the Nanjing Road Pedestrian Mall.

The Nanjing Road Pedestrian Mall is seeking global designs for the commercial street’s logo and mascot.

The campaign aims to further tap the commercial and cultural value of the popular business area, while creating a unified symbol with global influence, according to the organizer.

The winning designs will be incorporated into the design elements for the new image of the street and both individuals and groups are encouraged to participate.

“The designers should further dig into the history, humanity, commercial and tourism features of the street to showcase its global charm, vitality, creativity and fashion influence,” said Yang Dongsheng, deputy director of Huangpu.

“Nanjing Road is not merely a commercial street, but a symbol of the culture, people and image of Shanghai,” Yang said at the campaign launch at Century Plaza on Friday.

An art installation was unveiled at the landmark plaza in the middle of the street on Friday night to mark the beginning of the search for designs. The 6-meter-tall installation is composed of numerous bubbles to symbolize the creative gene of the street.

Participants can apply through the street’s WeChat account (gh_fccd722bb50d). Details in both English and Chinese are available to download. Designs should be sent to ipzj@shnanjingroad.com by December 28.

An art installation is unveiled at the landmark plaza in the middle of the Nanjing Road E. on Friday to mark the beginning of the logo and mascot soliciting campaign.