A team of 30 workers will be taking care of the greenery at the CIIE venue. 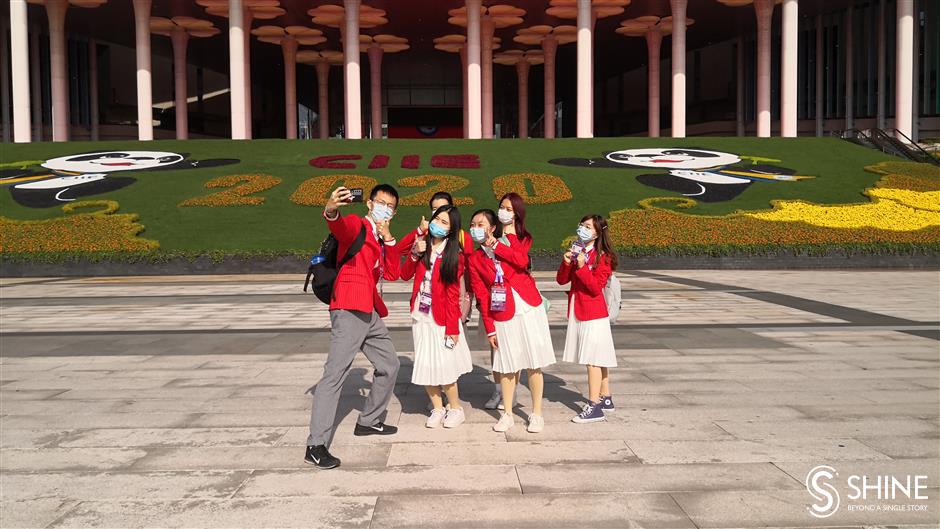 Expo volunteers take a photograph of themselves at the National Exhibition and Convention Center on Tuesday.

The venue of the third China International Import Expo has been spruced up with all greenery decoration projects completed, the city's greenery authorities announced on Tuesday.

Blue and purple flowers, golden sunflowers and ponds are featured. 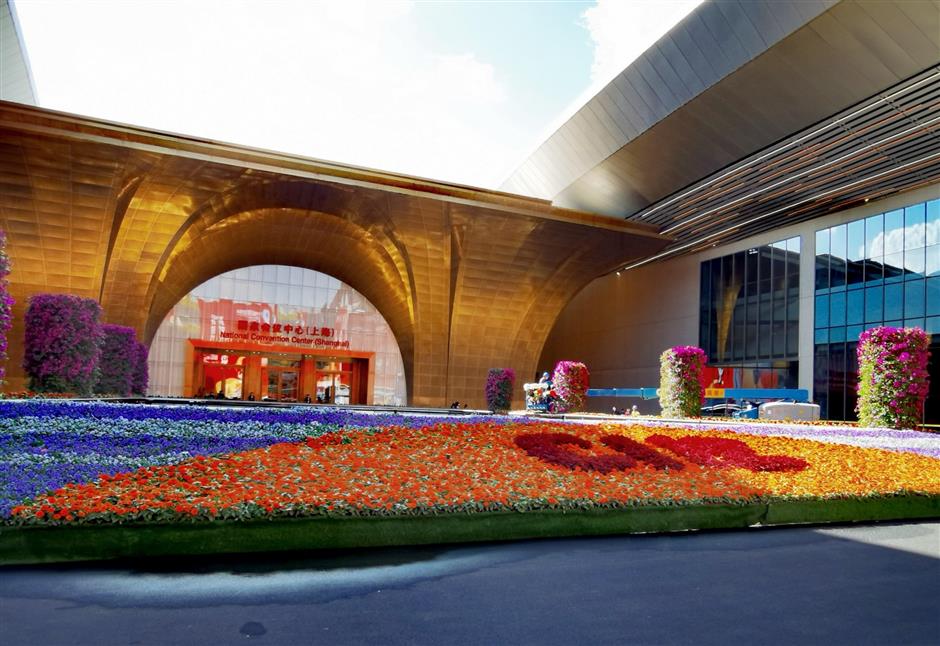 Gardeners have ensures flowers will be in full bloom during the expo. 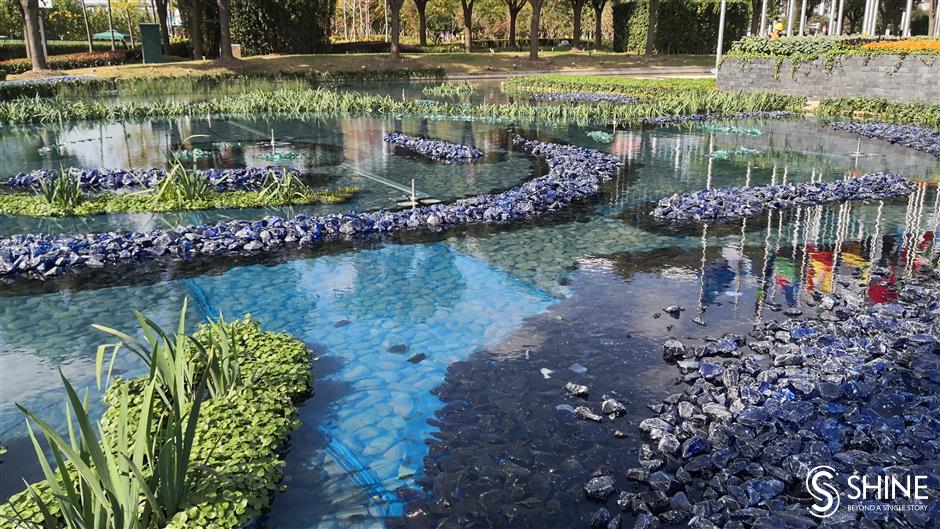 Blue recycled glass made from glass trash decorates the ponds to raise awareness of environmental protection.

"We use flowers with brilliant colors to present a joyful atmosphere and control sowing time strictly to ensure they are in full bloom during the import expo," said Zhou Binqi, who is in charge of gardening work for the expo.

"There are professional technicians controlling the nutrient solution applied on plants during the expo and a team of 30 workers will take good care of the greenery," said Zhou.

Blue recycled glass made from glass trash decorates the ponds to raise awareness of environmental protection. 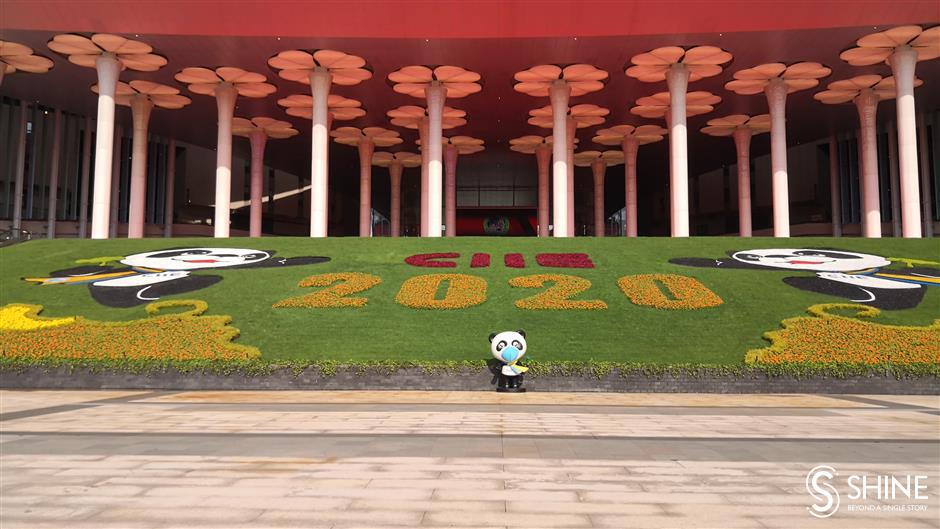 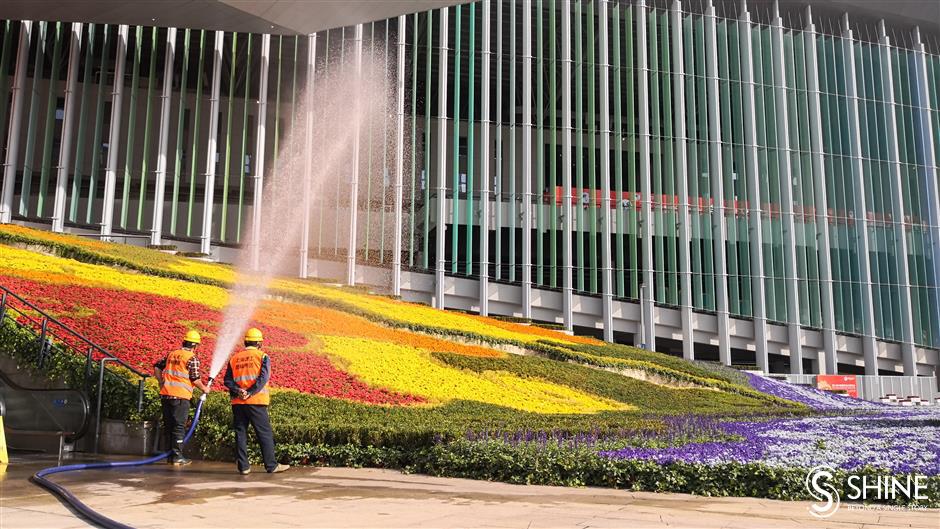 Workers water the plants at the National Exhibition and Convention Center on Tuesday.

At the west hall area of the center, flowers in purple, blue, orange and yellow and arbors are featured.

There are nearly a million pots of flowers inside the National Exhibition and Convention Center, adding a splash of colors to the CIIE venue.

Around 4,600 garbage bins have been placed inside the venue, an increase of 600 compared with last year's event. 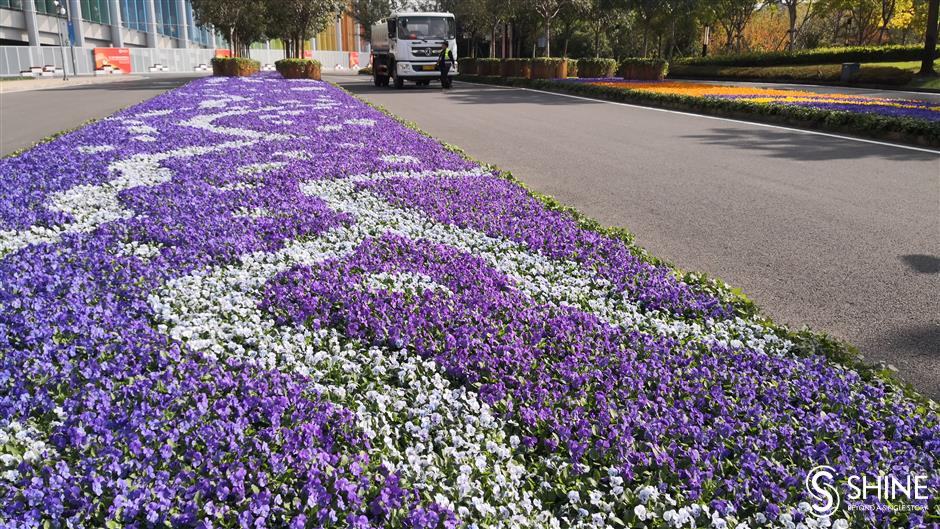 The venue of the third China International Import Expo is spruced up.

These include exclusive bins for the disposal of used face masks.

When the trash bins are half full, they will be emptied, the bureau said.

Sewage treatment equipment has been installed at garbage stations inside the center to prevent contamination.