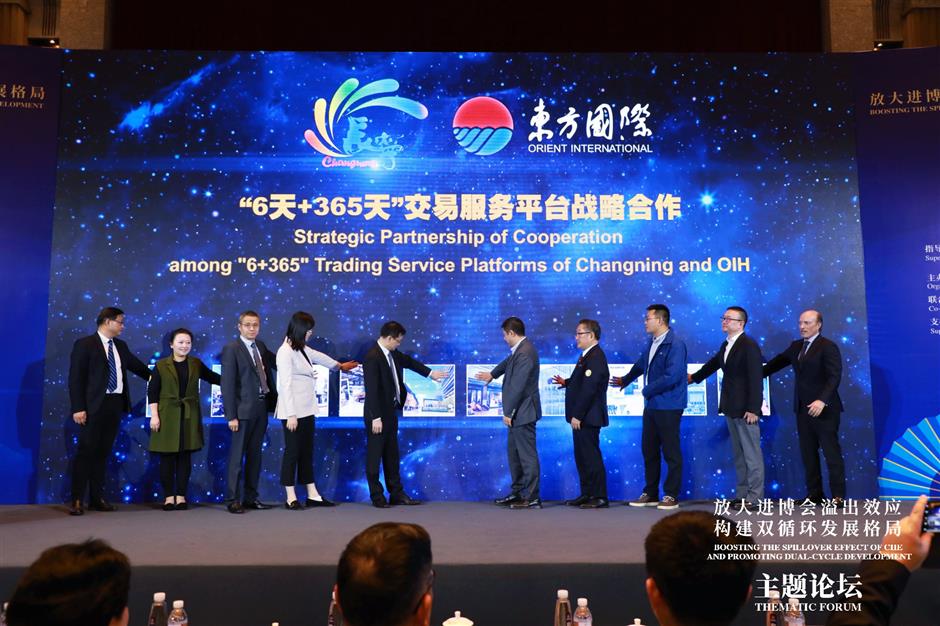 Officials from 10 trade and service platforms for the CIIE sign a cooperation agreement to boost the spillover effects of the event.

Changning District has developed 10 trade and service platforms to expand the spillover effects of the China International Import Expo and turn more exhibits into commodities.

The "6+365 days" platforms, accounting for one fifth of the city's total, mainly offer display and trade services for imported commodities to highlight the “Shanghai Shopping” brand, according to the district government.

They include the Gracina life store on Yuyuan Road, Japanese department store Takashimaya and Shanghaimart.

As one of the key platforms, the Hongqiao Pinhui, or Hongqiao Import Commodity Exhibition and Trading Center, has gathered over 10,000 products and 1,200 brands from 109 companies in over 70 countries and regions. Many of them were exhibits at the first and second CIIEs.

“Changning aims to become the top choice for CIIE products to make their global or China debut,” Wang Lan, director of the district, told an event for CIIE exhibitors and buyers on Wednesday.

The world’s smallest pacemaker from Medtronic in United States, for instance, a star exhibit at the second CIIE, has been put into clinical use at Tongren Hospital in Changning, Wang said.

Exhibitors and purchasers from Russia, Japan, Germany, Greek and New Zealand attended the event hosted by the Orient International Group, one of the exhibition cooperation partners of the CIIE. 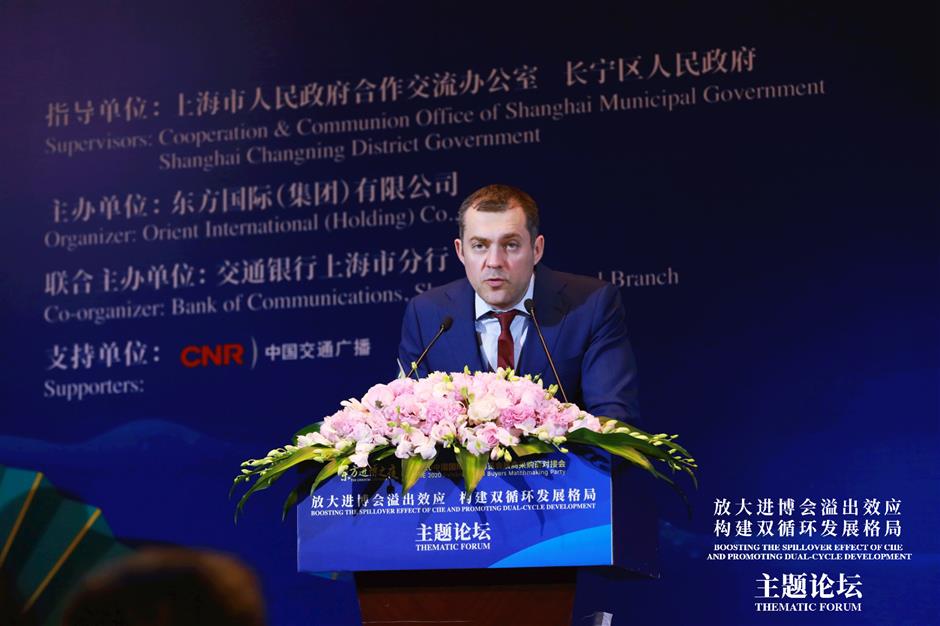 Deniskin Vyacheslav, chief representative of the Chamber of Commerce and Industry of the Russian Federation Regional Representation in Shanghai, delivers a speech.

To date, the group has attracted 126 companies from over 40 countries and regions to participate as exhibitors at the third CIIE.

“CIIE has developed into an important international economic and trade platform, which will open up China's huge market to companies from all over the world, including Russian companies,” said Deniskin Vyacheslav, chief representative of the Chamber of Commerce and Industry of the Russian Federation Regional Representation in Shanghai.

A Russian company JSC Tatspirtprom has become a new exhibitor at the CIIE this year with the help of Orient International, while traditional Russian ice cream is also being sold at the Hongqiao Pinhui and is popular with local customers, Vyacheslav said.

Ernst Sandrieser, general manager of Dralon GmbH, Asia Pacific, said the German manufacturer of acrylic fibers will launch a new product for the Chinese market at the CIIE. The new lighter fiber product will make consumers feel warmer, he said.

“Though the company cannot send more representatives to the CIIE due to the COVID-19 pandemic, the participation work is going well thanks to the help from local government and companies such as Orient International,” Sandrieser said.

To further promote the CIIE effect to the Yangtze River Delta region, Orient International has developed branches of the Hongqiao Pinhui in Hangzhou in neighboring Zhejiang Province, and Hefei in Anhui Province. Two additional centers in Zhejiang’s Jiaxing and Anhui’s Huangshan were launched.

The second-phase expansion of the Hongqiao Pinhui in Shanghai will also be developed, said Zhu Jidong, vice chairman of Orient International. 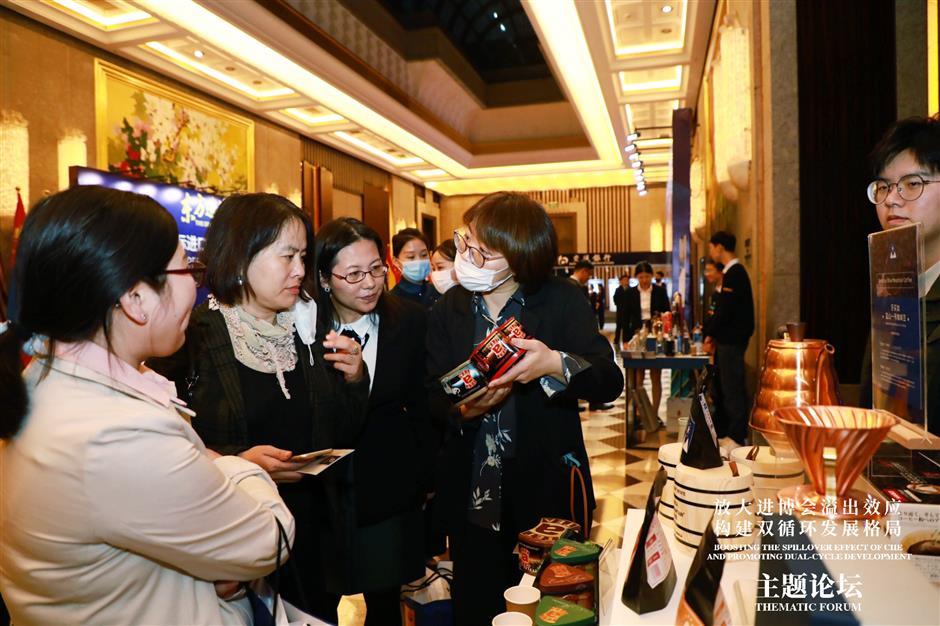 Visitors check some CIIE commodities on the sidelines of the meeting.