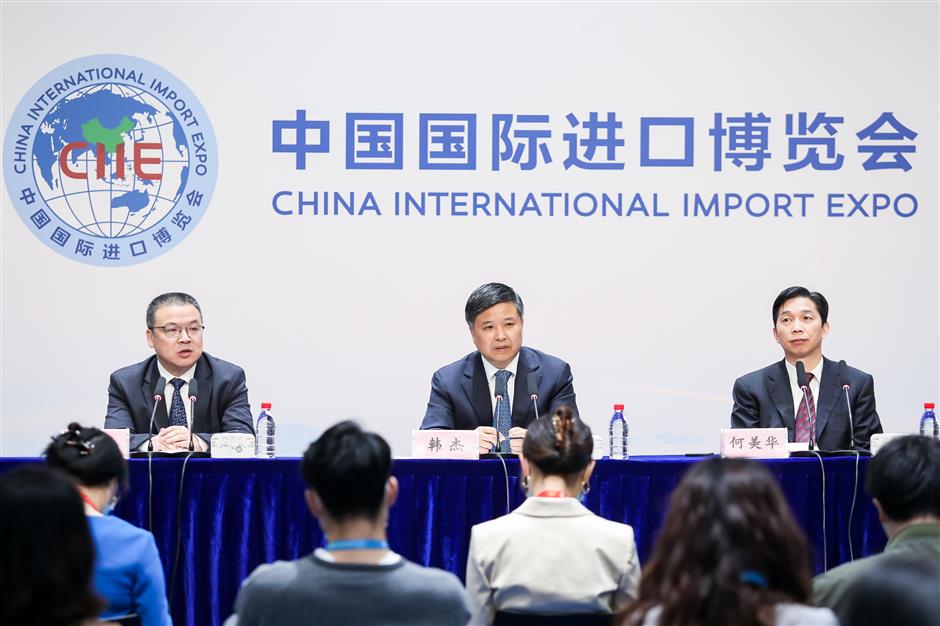 Officials from Zhejiang Province brief the media on Saturday.

The province has signed 61 foreign investment projects with a total investment of US$10.9 billion so far, the Department of Commerce of Zhejiang Province said.

"Companies in service trades are very active in procurement during the expo and 4,230 companies from Zhejiang Province in the service trade area participated in the event, surging 73.8 percent from last year's," Han Jie, deputy director of the department, told a press conference on Saturday.

A number of agreements have been signed by Zhejiang companies during the expo.

Tmall International has also inked deals with high-end consumer goods brands such as Estee Lauder and Johnson & Johnson during the expo.

The province is hosting 43 events covering cultural exchange, international cooperation, import procurement, investment promotion and consumption promotion during the expo, an increase of 17 from last year.

Construction on 26 projects in the province with a total investment of US$15.7 billion will start during the expo, covering areas such as high-end technical equipment, health, digital economy and modern services.

The province is also presenting its cultural splendor during the import expo with about 40 local intangible cultural heritages on display.

The province signed 26 foreign investment projects during last year's import expo, and 25 have materialized, according to the department.