November 8 marks a special day, for those of us working in the news media anyway: Reporters’ Day. It happens to fall every year during the China International Import Expo, which means we get to celebrate with cake, and lots of it.

This year, partly because of the quick action of a member of the Shanghai Daily crew, I was able to secure one of the fondant CIIE pandas used to decorate the top of the cake. Yes, it is edible, but I wouldn’t recommend it. It’s great for decoration, not so nice on the tongue. 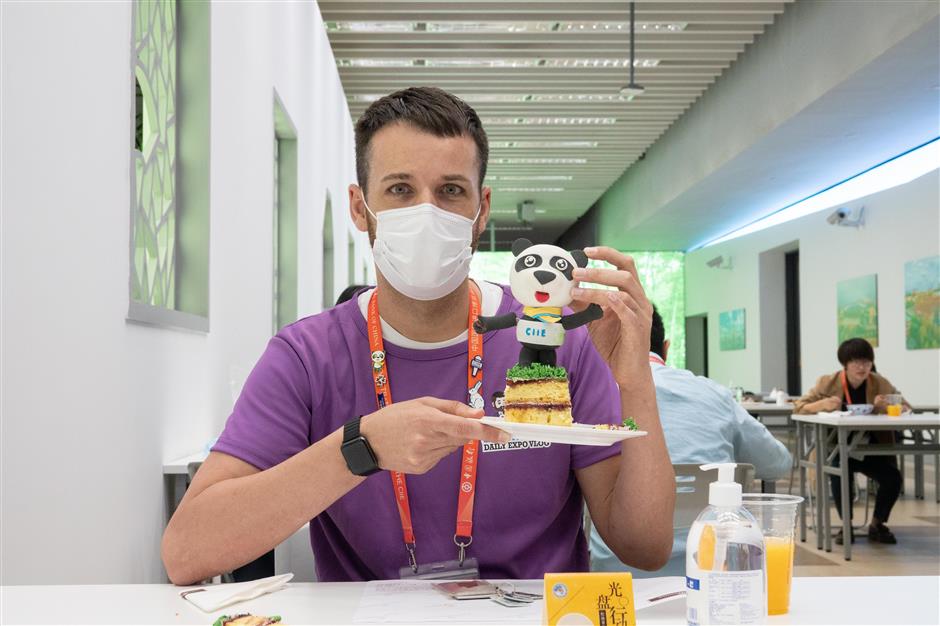 What is nice on the tongue, though, are the myriad of healthcare gummy “candies” flooding the market this year after becoming somewhat of a fad in North American over the last few years.

The first I tried out were the blueberry gummies with monk fruit extract from a Canadian company called SightSage. Created by Doctor Weidong Yu, these particular gummies are designed especially as food for the eyes, so to speak. The ingredients follow traditional Chinese medicinal principles and ingredients, providing the eyes with everything they need to stay healthy, according to the doctor.

“Nowadays, we spend so much time looking at screens, including phones, tablets, TVs and computer screens, so it’s more important than ever to look after our eyes,” he told me.

The doctor tested my eyes and determined I have 20/20 vision, which was a bit of a surprise. Even so, he told me, I still need to look after my eyes and would benefit from eating his gummies every day.

“They’re completely safe,” he said. “In fact, these are even recommended for young children who spend a lot of time between screens and studying.”

I told the doctor I was afraid that if I have a jar of the gummies, I’d eat the lot in just one day. “You can if you like! You just need to buy more,” he laughed. Good news for him, I suppose. 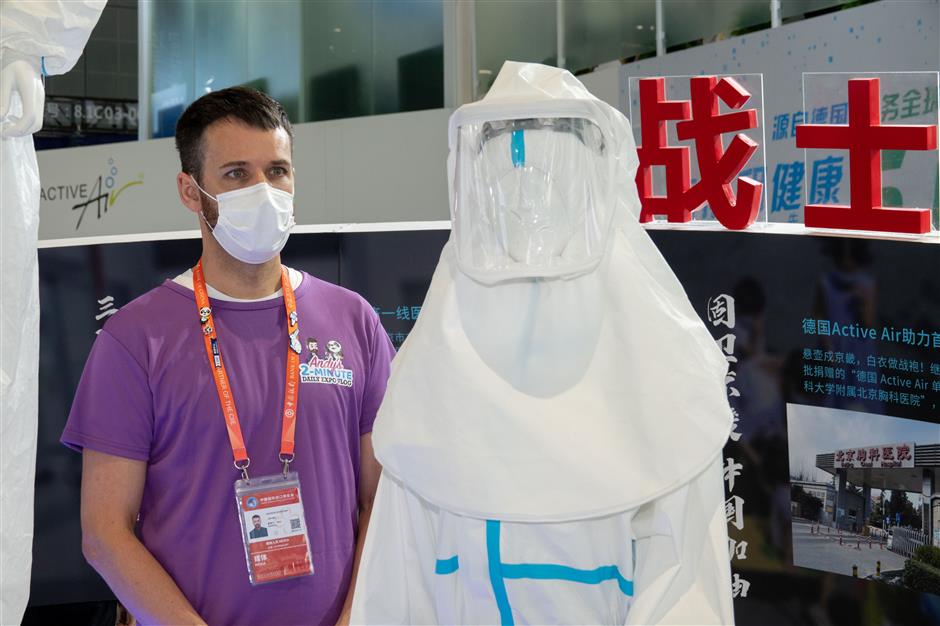 Next I headed over to check out some medical equipment designed to aid in the battle against novel coronavirus. I found a new gadget by a German company called Air Estetic which is basically an air-tight protective suit which provides fresh, circulated air into the wearer, making long days in dangerous locations a lot more bearable.

There’s much more on show in the three medical halls at this year’s CIIE, from many of the world’s largest companies like 3M, Pfizer, and Roche, who have an entire exhibit devoted to diagnostics, including a negative-pressure testing system that allows samples to be taken for things like COVID-19, and then processed completely without the use of medical staff.

To be honest, the medical and healthcare halls are probably the ones I understand the least, with much of it going over my head, but I’m confident that China and the Chinese people will benefit greatly from all this new gear.